We should not be very surprised that Christians and other infidels are being attacked and killed in the West by those from the religion of peace. After all, in Muslim majority countries this is common practice. Indeed, the number one source of anti-Christian hate and persecution is Islam.

It is because Islam is so unaccepting of other religions and demands that all infidels convert, die, or become dhimmis, that we in the West have every right to be concerned about Islamic immigration. Those who do not adhere to political Islam and wish to embrace the values and the beliefs of the West may be welcome, but those who refuse to adopt, but want to turn the West into a replica of the hellholes they have come from are not.

No prizes for guessing where most of this is occurring. As the Religious Freedom in the World 2016 report makes clear, Islam again leads the way in this area. The report – the 13th edition – is put out by the British-based Aid to the Church in Need.

An executive summary of the report can be found here: religion-freedom-report.org.uk/wp-content/uploads/2016/11/Religious-Freedom-in-the-World-Executive-Summary-2016.pdf

If one examines the top seven nations responsible for the persecution of Christians, we find North Korea and six Muslim majority nations. It was said of these nations that the persecution is so extreme that “it “could scarcely get any worse”. These countries are: Afghanistan, Iraq (northern), Nigeria, North Korea, Saudi Arabia, Somalia and Syria.

Let me share just one other key finding of the report:

But the sad news is, whenever large scale Muslim immigration takes place in the West, we also have plenty of cases of Christians and others being attacked and killed, all in the name of Allah. I often reported on some of these tragic incidents on this site. 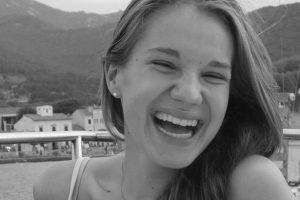 It is alarming how many of them have to do with Muslim “refugees” who have been allowed into the West. The latest case which is getting some press coverage concerns the rape and murder of 19-year-old medical student Maria Ladenburger.

What might shake some things up a bit – finally – is the fact that she also happens to be the daughter of a senior EU official. Here is how one news report covers the story:

Maria Ladenburger, the daughter of a high-ranking EU official, was returning from a party in the university city of Freiburg in Germany when she was assaulted on a cycle path. She was raped and then drowned before her body was found in the River Dreisam. The shocking incident happened on October 16 but details have only been released after an arrest on Friday.
The suspect, an Afghan migrant, was caught after police found DNA on a scarf near the path. The scarf reportedly belonged to Maria. They also found a strand of hair on a nearby blackberry bush. Officers then trawled CCTV to find people with a similar hairstyle, which led them to the suspect.
Following his arrest the suspect, aged 17, pleaded guilty to the attack and will be sentenced next year. However, prosecutors say he can still change his plea and it’s unknown if he has admitted raping Maria. The unnamed migrant arrived in Germany last year as an unaccompanied minor and lived with a local family in the city.

Another news item looks at the broader political situation in Germany:

The news comes ahead of Chancellor Angela Merkel’s CDU conservative party conference in which she sets out her claim to a fourth term in office next year, against a rising tide of anger at her open-door refugee policy. Crime among unaccompanied male refugee has in general been on the rise of late.
In picturesque Garmisch-Partenkirchen the mayor recently wrote to Bavarian state authorities pleading for help in dealing with them at a hostel, while a nationwide alcohol ban has been imposed at all their accommodation centres. Mrs Merkel will attempt to bolster support for her stance on refugees this week, but still refuses to say what a final limit might be.

All around the West we have a strong reaction to what appears to be uncontrolled Muslim immigration into the West, and so many Islamic terrorist attacks occurring on Western streets. The Brexit vote and the surprising Trump win are but two examples of this, and more are expected.

Some are even saying that the Dutch political landscape might shift big time and conservative politician Geert Wilders might become Prime Minister. In France another conservative politician, Marine Le Pen is also doing very well in polling. People are tired of what is often open slather on immigration, and the refusal of so many Muslim immigrants to seek to fit in and adopt to the host cultures.

In the meantime more non-Muslims are being attacked and killed, creeping sharia continues to spread in the West, and most of our gutless leaders are afraid to do anything about it. That is why so many people are voting them out of office.

Three archbishops from war-torn Iraq and Syria have been refused permission to enter the UK despite being invited to London to meet Prince Charles. The Christians, including the Archbishop of Mosul, were told there was “no room at the inn” by the Home Office when they applied for visas to attend the consecration of the UK’s first Syriac Orthodox Cathedral.
Last night the decision was described as “unbelievable” by critics who pointed out that extreme Islamic leaders had been allowed visas. The Prince of Wales addressed the congregation at St Thomas Cathedral in London last week, while both the Queen and the Prime Minister sent personal messages of congratulations. Prince Charles, who has previously described the persecution of the Christians in the Middle East as a “tragedy”, used his address to highlight the suffering of Syrian Christians.
But the welcome did not extend to Nicodemus Daoud Sharaf, the Archbishop of Mosul, nor to Timothius Mousa Shamani, the Archbishop of St Matthew’s, which covers the Nineveh valley in northern Iraq, who were refused UK visas to attend the event on November 24. The UK also refused to grant a visa to Archbishop Selwanos Boutros Alnemeh, the Archbishop of Homs and Hama in Syria.

The Barnabas Fund, which deals with the persecuted church, said this:

UK visas: YES to radical Islamists, NO to Christian archbishops
It is hard to imagine a more incongruous headline – just as the world’s attention focuses on the liberation of Mosul, the UK government has refused to grant a visa to the Archbishop of Mosul to attend the consecration of the UK’s first Syriac Orthodox cathedral, a church whose flock includes many refugees fleeing persecution from Islamists in Iraq and Syria….
Yet, at the same time this is happening, radical Islamist leaders are being told they can have visas – even though they represent organisations or movements that incite violence and persecution against Christians. For example, we have previously reported that the UK Home Office recently issued guidance stating that there should be a presumption that senior members of Egypt’s Muslim Brotherhood should be granted asylum in the UK – despite the fact that the Muslim Brotherhood has repeatedly incited violence against Egyptian Christians, leading to around 80 churches being burnt down since 2013, and has declared a violent jihad against the Egyptian government. In July this year visas were granted for a tour of UK mosques by two Pakistani Islamic leaders who have been prominent campaigners to “honour” the murder of anyone opposed to Pakistan’s blasphemy laws and who also called for the immediate killing of Christians accused of blasphemy, such as Aasia Bibi.

It is as if the West wants Islam to succeed, and is willing itself to a slow but certain death, along with the death of Christianity. In the face of such despicable “leadership” we can only hope that the conservative revolution continues to sweep through the West. It is long overdue.

7 Replies to “Islam, Christian Persecution, and the War on the West”