We are living in what seems like unprecedented times, with little or no respect for human life, human dignity, and the well-being of our children. Everywhere adult desires and wants are trumping the rights of the child, the right to life, and the right to human flourishing.

We see all this in the major cultural and moral battles of the day, including the war over abortion, euthanasia, the family and marriage. Ethical battles, including bioethical conflicts, are being waged all around us. A culture of death and an anti-family militancy seems to be getting the upper hand. 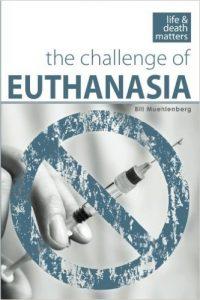 Thus it is incumbent upon us to do all we can to stand up for life, for family, and for our children. Because these issues are so crucial, I have produced a trilogy of books dealing with these very topics. My “Life and Death Matters” trilogy is now over two-thirds complete.

Each of these three books are divided into two main parts: the social, medical, scientific and moral concerns; and the biblical and theological aspects. Thus the first half of each book is fully done with non-religious material and arguments, while the second half will appeal to religious folks.

A non-Christian therefore can still benefit from the first half of each book, while the Christian will hopefully benefit from both. Believers especially need to have the theological and Scriptural data, but they also need to be able to master the facts and evidence, and present them to non-religious folks in a non-religious manner.

All three books are extensively documented with hundreds of footnotes, and lengthy bibliographies at the end of each book lead those who are interested to further reading. And being relatively brief (around 100 pages each) they are easy to read volumes which can quickly be gleaned for helpful prolife arguments and facts.

Let me here briefly outline the contents of each:

The Challenge of Abortion

The first half of this book examines the usual myths and objections raised by the pro-abortion crowd. The fifteen myths covered are:

In the biblical and theological section I examine what the Bible says about the sanctity of life; I look at some of the “hard cases” as found in Scripture; and I deal with various religious objections that some people raise. The book finishes with three testimonies of women who have had abortions and now deeply regret their decisions.

The Challenge of Euthanasia

This volume looks at this hot potato issue in a fair amount of detail. The ten issues covered in Part One of the book are:

One. The doctor-patient relationship is weakened
Two. The right to die implies a duty to kill
Three. The most vulnerable will be at risk
Four. Legal euthanasia sends out the wrong message
Five. Autonomy, freedom of choice, and self-determination
Six. “Safeguards” and the slippery slope
Seven. Hard cases make for bad law
Eight. Faulty diagnoses and prognoses
Nine. Palliative care
Ten. A faulty understanding of compassion

The second half of the books looks at what Scripture says about such things as the sanctity of human life, the issue of suicide, the place of suffering, and the biblical understanding of death.

The Challenge of IVF and Surrogacy

The wellbeing of children will especially be highlighted in this volume, and the very real concerns about designer babies, the commodification of children, and the depersonalisation of life will be carefully considered. Plenty of recent news items will be featured, as these issues are now the concerns of almost daily headlines.

The Bible of course has much to say about life, about fertility, about families, and about children, so there is plenty of biblical material available by which we can assess these modern assisted reproductive technologies. The Brave New World of where all these biotechnologies are taking us are urgent matters indeed that warrant careful consideration and assessment.

Of course all of these important bioethics issues are covered in plenty of books, especially in America and the UK. The main difference and importance of my three volumes for Australians especially is all the Australian data, facts and figures included. However, there is enough generic material in all three books that anyone from any country will greatly benefit from what is contained therein.

The war over life, over family, and over children is hotting up each passing day. Those who care about all three need to be fully engaged in the battles. Part of the way we engage is to be well-read and well-informed about the issues, and to be able to offer well-reasoned and fact-based responses to those on the other side of the debate.

It is hoped that these three books will be of help for such battles. Happy reading as you stand up for life, children and family.

10 Replies to “The Battle for Life, and for Children”