One of the most difficult things one can do today is dare to offer a critique of the reigning Darwinian paradigm. It is not unlike daring to leave Islam: it is considered to be apostasy and death is the required response. While Darwin doubters may not be killed for their recalcitrance, they can easily lose their jobs, lose publishing offers, lose financial benefits, and so on. 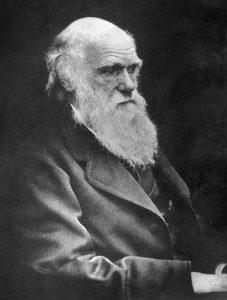 Thankfully some brave souls are willing to risk all this, and risk the wrath of the evolution monolith. Three important brand new books can now be added to the growing library of works by serious thinkers who are not held captive to Darwinian orthodoxy. Two are written by those heavily involved in science while a third is penned by a journalist with a long-standing interest in science.

They all make it clear that the evidence is wanting. They have no problems with science and following the evidence wherever it may lead. But they do have a problem with scientism, which is not real science at all, but a philosophical presupposition which rules out any truth other than that which empirical research alone can offer. It is that materialistic bias which straightjackets so many from fully running with all the evidence.

Here then are the three volumes:

Back in 1985 Sydney-based molecular biologist Michael Denton released his influential book, Evolution: A Theory in Crisis. Three decades later he argues that it still is – and even more so. In his first book he began by noting that biologists “cannot substantiate the fundamental claims of Darwinism”.

He sought to offer a “systematic critique of the current Darwinian model, ranging from paleontology to molecular biology” to show that “the problems are too severe and too intractable to offer any hope of resolution in terms of the orthodox Darwinian framework.”

He then concluded his 360-page study with these words:

Ultimately the Darwinian theory of evolution is no more nor less than the great cosmogenic myth of the twentieth century….
The truth is that despite the prestige of evolutionary theory and the tremendous intellectual effort directed towards reducing living systems to the confines of Darwinian thought, nature refuses to be imprisoned. In the final analysis we still know very little about how new forms of life arise. The “mystery of mysteries” – the origin of new beings on earth – is still largely as enigmatic as when Darwin set sail on the Beagle.

Now, thirty years on, he argues that this continues to be the case. Indeed, since then, “there have been massive advances and discoveries in many areas of biology, including paleontology, genomics, and developmental biology.” The most technical of the three books presented here, it offers another 350 pages of critique of the neo-Darwinian paradigm.

As he states at the close of his book, his core thesis of his first volume

has been vindicated by advances over the past three decades. Nature remains as I described her in 1985: stubbornly discontinuous, resistant to all attempts to reduce her to Darwinian functional continuums. From the origin of life to the origin of human language, the great divisions in the natural order are still as profound as ever, and still uncrossed either by known empirical series of adaptive transitional forms or by hypothetical functional continuums. Darwin was not “right after all.” There is an irresistible consilience of evidence for rejecting Darwinian cumulative selection as the major driving force of evolution….
Evolution is still a theory in very deep crisis.

Douglas Axe, Undeniable: How Biology Confirms Our Intuition That Life is Designed. HarperOne, 2016.

In this important volume a noted American science writer speaks about the “design intuition”. While science is more than just intuition, it must also be based in reality. And in the real world we see design everywhere, and it provides our basic understanding of how things got there. He writes:

I think the intuition by which we immediately perceive certain things to be the products of purposeful intent is close to the idea that some things are too good to be true. This expression doesn’t mean that good things can’t happen; it means certain good things can’t just happen. They never come out of thin air. They only happen if someone makes them happen.

He goes on to explain:

He spends the rest of the book teasing this out, and he cites plenty of atheists and evolutionists who admit in part to seeing things the same way. Consider the issue of materialism, and whether there are such things as the mind, consciousness, and so on.

Atheist philosopher Thomas Nagel for example wrote an entire book on this in 2012 called Mind and Consciousness: Why the Materialist Neo-Darwinian Conception of Nature is Almost Certainly False. It was a bold and important book full of questions by someone who should not even be asking such questions.

But at least he was honest in admitting that he wants his atheism to be true, despite evidence to the contrary. Many other such scientists and thinkers are featured in this book – those who are courageous enough to break out of the reigning materialist ideological stranglehold, and examine the evidence regardless of where it might lead to.

The argument Axe makes in nearly 300 pages cannot of course be easily summarised here in such a short review. Suffice it to say that his non-technical, well-argued case deserves a wide hearing. The more science progresses, the more we find evidence of intelligence all around us, pointing to the obvious question of whether there might be an intelligent designer.

Those who have not already decided a priori that a design hypothesis cannot possibly even be countenanced may get little from this book. But for all the rest of us, a very compelling case is made indeed. And it will leave you agreeing with Axe when he says at the end of the book that the “deepest questions in the scientific study of life are up for grabs”.

Bethell does a very nice job here summarising the many areas of concern which exist concerning evolution. In nearly 300 pages he seeks to make the case that we may indeed be dealing with a house of cards. As he says early on in the book:

Darwinism was once a well-fortified castle, with elaborate towers, moats, and battlements. It remained in that condition for well over 100 years – from the publication of The Origin of the Species in 1859 to the Darwin Centennial and then for perhaps three decades after that. Today, however, it more closely resembles a house of cards, built out of flimsy icons rather than hard evidence, and liable to blow away in the slightest breeze.

Darwinian evolution never did have much in the way of evidence to support it. Today, following Julian Huxley’s lead, it is often embraced more for the support that it gives to atheistic philosophy than for its science. The scientific evidence for evolution is not only weaker than is generally supposed, but as new discoveries have been made since 1959, the reasons for accepting the theory have diminished rather than increased.

Meaty chapters look at the main areas of concern, such as natural selection, the fossil record, homology, common descent, information theory, the philosophy of materialism, DNA and information, and the sociobiology wars. Consider his chapter on human exceptionalism.

He points out that it was Darwin who seems to have been the first person to make the claim that there is nothing exceptional about humans. This is now a mainstay of Darwinian thought. These folks claim it is arrogant to suggest otherwise. But as Bethell writes:

The accusation of arrogance is self-defeating on its face. Only humans are capable of arrogance or of seeing themselves as superior to other animals. Animals cannot rise to that level of abstraction. Do cats or dogs think themselves superior to humans? (Well, dogs don’t, but I’m not so sure about cats.) The criticism of arrogance itself rests on human exceptionalism.

Bethell concludes, “There is remarkably little evidence for Darwinism. . . . The science of Darwinism amounts to little more than the ‘wedding’ of materialism and Progress. . . . Materialism is highly implausible and has been widely challenged. . . . The break-up of Darwinism seems likely in the years ahead.”

Taken together these three very important volumes offer us plenty to think about. Perhaps Darwinism in its various formulations is not as inerrant or above reproach as it is made out to be. Perhaps it has plenty of aspects that warrant much closer examination, assessment, and rethinking.

But far too often anyone who dares to do this is ostracised, vilified and demonised. I am very thankful for these three courageous thinkers who are willing to take the heat in the pursuit of truth. We need more thinkers and scientists like them.

9 Replies to “Second Thoughts on Darwinism”