Theresa May’s April 18 gamble to call a snap election looks to have been a very bad call indeed. She wanted to enhance the small majority that David Cameron had won in the 2015 election, and she especially campaigned on the Brexit vote. But the Conservative Party will be in with a reduced majority and a hung Parliament. There were 650 seats up for grabs, so 326 seats are needed for an absolute majority.

With most seat results in, the Conservatives now have 314 seats (a loss of around a dozen seats) and Labour has 261 seats (a gain of around 30 seats). Labour leader Jeremy Corbyn upped his vote (from 30,000 to 40,000 votes), while May stayed much the same (38,000 votes, a slight bit down from the previous election). 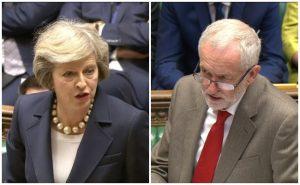 This is followed by the Liberal Democrats with just under two per cent, and the Democratic Unionist Party with around 1.5 per cent. Sinn Fein got one per cent of the vote. So the smaller parties have made no gains and/or done quite poorly.

The SNP was a major loser: it lost 20 seats, down to 35 seats, while the Conservatives did quite well in Scotland, picking up a dozen seats. The Liberal Democrats continue to languish with just 12 seats, with even its former leader Nick Clegg losing his seat. The conservative UKIP has gained no ground and its vote went down. The Greens gained no ground either.

As a result of all this Theresa May will now have to fight to save her position as leader. And another general election may still be held within a year. All this is bad news for the Conservatives as the public is just not all that keen on multiple elections, especially early elections. Those who call them tend to get punished.

There are now many unanswered questions. To have the Conservative Party stay with a working majority position they may well have to form government with the conservative Democratic Unionist Party of Northern Ireland (who have 10 seats), founded by Ian Paisley.

Conservative angst with May will continue to grow. How long she remains as leader is a moot point. So a period of instability looks to be the immediate future for the ruling party. Meanwhile Corbyn will now much more easily retain his leadership of the Labour Party. His radicalism was a cause of concern for many, with various challengers on offer. But now his position is much more secure.

The UK as a whole will also be insecure. Some things will remain the same. The Conservatives will continue to rule, and its close ongoing pro-US relations will stay. Had the radically anti-US Corbyn got in, it would have been a much different story.

But a shaky Conservative Party may spend some time with political infighting and leadership changes. Had an early election not been called, May could have stayed on to 2020 with her majority, but now it is not at all clear how long she will be in charge.

Other Conservative leadership challengers include Boris Johnson, Michael Fallon, Amber Rudd, and David Davis. While Corbyn has called on May to resign, she shows no signs of doing so – at least for now. But the pressure will certainly be on.

And conducting the Brexit negotiations (to begin June 19), is now going to be quite difficult. That was one of the main reasons May went with an early election, hoping a larger majority would make all this much easier to deal with. Now it will likely be a very cumbersome process indeed.

So it looks like the UK, along with Europe, will be in a time of instability for the foreseeable future. David Cameron’s referendum on Brexit backfired and failed, and May’s hopes of strengthening Brexit has failed as well. It appears that many of the Labour voters who went with Brexit have now returned to their Labour fold.

So instability, volatility and unpredictability seem to characterise the UK and the UK electorate at the moment. Which way things will go in the days ahead is now anyone’s guess. With both stealth jihad and actual bloody jihad on the increase in the UK a shaky leadership will be bad news indeed.

And the fact that the hard-left socialist and anti-Semite Corbyn came so close to taking power is a very big worry as well. The UK electorate is asking for, and will be getting, trouble if it continues along these lines. And as always, I cannot omit the spiritual dynamic in all this.

As secularism rises and the Christian faith declines, things will simply get worse there. Indeed, as I recently wrote, leftist secularism will be no match for raging Islam: billmuehlenberg.com/2017/05/29/faithless-uk-resurgent-islam-perfect-storm/

Prayers are needed for this once great land. Its future looks very shaky indeed.

23 Replies to “On the UK General Election”