Another day, another attack on Christianity in Australia. This time we have a Tasmanian case which has been making the news the past few days. A Christian street preacher in Hobart and his pastor have become the subject of a complaint by an angry atheist who is seeking to shut down the public proclamation of the gospel – and then some.

A few days ago The Australian ran with the story, and it is worth quoting some of it by way of background:

A new anti-discrimination complaint will test the limits of free speech and religious expression in Australia, with two preachers — a Presbyterian pastor and a street evangelist — accused of offending gays and atheists. Hobart pastor Campbell Markham and street preacher David Gee told The Australian the complaint, which had been accepted by Tasmanian Anti-Discrimination Commissioner Sarah Bolt, was an attack on the rights of all Australians to speak their beliefs.
Mr Markham said the accusations against him related to online blogs in 2011 in which he referred to the “distressingly dangerous homosexual lifestyle”, “appalling health risks of the homosexual lifestyle” and criticised posters — designed for schoolchildren — normalising same-sex couples.
In a blog attacking the school posters, Mr Markham quotes the Bible: “If anyone causes one of these little ones who believe in me to sin, it would be better for him to have a large millstone around his neck and to be drowned in the depths of the sea.”
However, Mr Markham said he was not advocating anyone be drowned but rather pointing out Jesus had said adults had a responsibility not to “misguide” children. He did not believe his blogs, which he saw as an extension of his preaching and aimed primarily at parishioners, were demeaning of, or hurtful to, homosexuals. “Has stuff I’ve said or written upset people?” he said. “Of course. I don’t set out to do that, but that’s part of being a human being.”
While the complaint was heading to a conciliation conference, he would refuse to modify his preaching. “I don’t think it’s right that people can be threatened with legal action for expressing what they believe is true,” he said.
“It applies to me … as a Christian leader, but it goes far beyond that.” The complaint accuses Mr Gee, a street evangelist attached to Mr Markham’s Cornerstone Church, of offending atheists and homosexuals during his public proselytising in Hobart Mall’s “speaker’s corner”.
Mr Gee said 14 pages of complaints referred to things he had said, written in blogs and distributed in pamphlets. It appeared the complainant, who had been engaging in debate with him for four or five years, was — as an atheist — offended by his proselytising and was seeking orders to ban him from speaker’s corner. 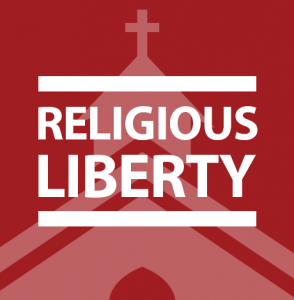 Now I happen to know both men involved – they are two outstanding Christians who love the Lord and want to be able to share the truth about God’s love to others. I just spoke with David about this. He and Campbell certainly covet your prayers.

David and some other Christians actually helped to establish the speaker’s corner in Hobart some years ago, and have been making use of it for quite some time now. But so too have those opposed to their message. The complainant has also used it to push his pet peeves such as atheism and homosexual marriage.

David tells me the 14-pages of complaints have been distilled down to 17 complaints by the Tasmanian Anti-Discrimination Commission – 14 against David and 3 against his pastor Markham. As usual, the Act being appealed to is vague and open-ended, so that almost anything and anyone can be complained about. For example, Section 19 of the Anti-Discrimination Act 1998 says this:

If I say Jesus is God, that will offend an atheist or Muslim. If I say marriage is between a man or a woman, that will offend homosexuals and transgenders, etc. These laws are far too vague and unhelpful, and they are not just targeting public proclamation, but any conversation.

As David told me, he could be sitting in a café with a friend having a personal chat, and someone could overhear what was said and make a formal complaint to the Commission. So it is not just public preaching which is at risk here, but any sort of Christian communication.

Thus all Christians should be very concerned about this. It is not just a street preacher and his pastor that can and will be targeted, but any Christian who shares biblical truth which happens to be overheard. That is why this case is so very serious indeed.

As Campbell Markham said in a press release:

Australian citizens are now no longer free to speak their minds. No one should be free to defame another with lies, or to harangue a crowd into violence. But Australians should be free to speak and write under a wide blue sky, and not under the menacing smog of government thought-police and prosecution.
I was born into a free country, but now I wake up in quite a different place: where tribunals, court orders, fines, imprisonment, and—most sinister of all—forced re-education, stand ready to compress the minds and words of every Australian into the iron mould of ‘progressive’ values.

And as David said in The Australian piece, he was willing to apologise for some things he had said, but he would stand by others: “For him to want to prevent me from speaking, I don’t think that’s a good thing or a right thing for Australian life. We should be able to have public debate and discussion, even if we radically disagree.”

So the two are fully prepared to fight this all the way – not just to clear their names and continue their Christian activities, but to fight for the bigger cause. They are fully aware of the larger picture here. If they are shut down today, who will be targeted tomorrow?

Simply having a public Christmas carol event could get you into hot water in Tasmania if a non-Christian strolls by and takes offence at the gospel message being proclaimed. Anyone’s blog site could be targeted. Books can be looked at, sermons monitored, and even conversations examined.

This is Big Brother at work, and this is just another example of blatant anti-Christian bigotry in action. All believers should be terribly concerned about this attack on religious freedom and freedom of speech. But sadly far too many Christian leaders are absolutely silent on this – or worse yet, will actually side against fellow Christians like David and Campbell.

And even if the pair manage to clear their names and get the complaints thrown out, as always, the process is the punishment. That is, all the time, expense and hassle involved is already a form of punishment, and it acts as a deterrent for other Christians. It will help to silence believers.

They will think they just cannot put up with all the grief and opposition if they too get dragged before the courts. So the entire process is designed to silence Christians, regardless of the actual outcomes. This is very worrying indeed. And while most Christians are shamefully silent on all this, once again it takes a non-Christian to speak out on our behalf.

I refer to columnist Andrew Bolt who yet again is standing so very strongly for Christians. He just penned a column today looking at this case and the many other recent cases of anti-Christian persecution here in Australia. He writes:

Christians, prepare for persecution. Open your eyes and choose stronger leaders for the dark days. I am not a Christian, but I am amazed that your bishops and ministers are not warning you of what is already breaking over your heads….
Hobart pastor Campbell Markham and street preacher David Gee, from Hobart’s Cornerstone Church, were denounced by an atheist offended by, among other things, Markham quoting a verse from the Bible. We’ve seen this before. Hobart’s Catholic Archbishop, Julian Porteous, was two years ago ordered by this tribunal to tell by what right he spoke against same-sex marriage. How cowed the churches have been before this looming persecution….
The Census shows the proportion of Australians calling themselves Christian has dropped from 74 per cent in 1991 to 52 per cent now. No wonder, when the weaker churches cower before the persecution. Last week, some even licked the boots of the anti-Christian ABC when it launched yet another attack, smearing churches as the haven of wife-beaters.
This ABC series led off with a ludicrously false claim: “The men most likely to abuse their wives are evangelical Christians who attend church sporadically.” A week after I proved this untrue, the ABC edited its reports to replace that false claim with another.

So what do the enemies of Christianity wish to achieve by smearing, silencing and destroying this civilising faith? What would they replace it with? With the atheism that preaches every man for himself? With Islam? Or with the green faith that has not inspired a single hospital, hospice, school, or even soup kitchen? Yet the persecution is starting. Are the churches ready?

Wow, here we have a non-Christian making a clarion call for the church of Jesus Christ to rise up and resist the attacks of the enemies of Christianity. Thank God for Andrew, but where in the world are all the Christian pastors and leaders? Why in the world are they not speaking out?

Why are they silent when they should be standing up for their faith and for religious freedom? Just what is wrong with most Christians today? Are they gutless, spineless and careless frauds? It sure seems that way. But I do know for a fact that folks like David Gee and Campbell Markham most certainly are not compromised cowards.

They are standing strong to uplift the name of Jesus Christ and defend biblical truth and values, even in the public arena. And they are willing to pay the price for doing this. They are heroes, and they will have their God-given reward for their powerful Christian witness.

They are praying for the one who is now persecuting them. We should too. And we should pray for David and Campbell. They certainly need our prayers as they endure this storm. Pray that they stay firm and resolute, showing forth the love and truth of Christ. And pray that they inspire many other believers to get some much-needed backbone.

But shame on all those craven, carnal Christians who will never speak up when it matters; never stand up for Jesus Christ; never dare rock the boat. They too will appear before their Lord one day, but I would not want to be in their shoes.

13 Replies to “Yet More Nasty Attacks on Religious Freedom”