He may well be a libertarian, but that is a far cry from a true conservative. But I have elsewhere sought to explain those major differences. See this piece for example: billmuehlenberg.com/2014/03/20/conservatism-versus-libertarianism-a-case-study/ 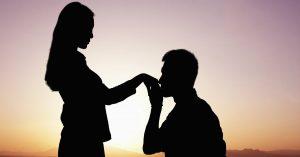 While it may come as a surprise to some, conservatives actually seek to conserve and preserve; they do not want to destroy and distort. Thus they will do all they can to maintain and protect our most vital social institutions, including marriage and family.

Recently in the Australian newspaper we had yet another lame attempt to say that homosexual marriage is somehow something conservatives can rally around. In this case it was no less than the Liberal Party federal president Nick Greiner seeking to make the “conservative” case for homosexual marriage.

Sorry, but there is no such thing. All true conservatives know how important marriage is, and the only ones on the right seeking to argue for its redefinition, and thus its destruction, are radical libertarians. But libertarians on the right are often little different from anarchists on the left. In my books, a pox on both their houses.

Before offering some careful dissection of his rather shallow article, let me share a few words from Andrew Bolt about the ongoing implosion of the Liberal party:

Being made Liberal president has gone to Nick Greiner’s head. He’s again lecturing elected MPs on policy and making clear the party is ruled by the Left. . . . It is inappropriate, to say the least, for the president of the Liberals to lead a campaign by one group on Liberal MPs in conflict with another. He is supposed to be a figure of unity, not division. But Greiner seems determined to wage war on his party’s conservatives, demonstrating that maybe they should go to One Nation or the Australian Conservatives if they’re no longer wanted by the Liberals.

But back to his very shallow and unhelpful article. Greiner’s very first sentence could not be more wrong – no wonder his entire article is less than helpful. He claims, “Marriage is an institution that celebrates stability and commitment.” Um, no. If that was all that marriage is about, then a long-standing group of ardent bank-robbers should be the first in line to demand marriage rights.

This is true of all sorts of relationships. They may be significant, emotionally close, and even long-term, but they deserve no special government recognition. Societies have instead chosen to give special recognition to only one type of relationship: heterosexual marriage.

That is because genuine marriage has the natural ability to bring about the next generation. Therefore societies have taken a keen interest in it. Heterosexual marriage is good for children and good for society, which is why society has long given it preferential treatment if you will.

Even an atheist like philosopher Bertrand Russell saw this uniqueness: “It is through children alone that sexual relations become of importance to society, and worthy to be taken cognizance of by a legal institution”. And marriage most certainly is all about children.

As American political scientist James Q. Wilson succinctly put it: “Marriage is a socially arranged solution for the problem of getting people to stay together and care for children that the mere desire for children, and the sex that makes children possible, does not solve.”

Natural marriage has always been a conservative value, and one despised by the left. No wonder the Spanish philosopher George Santayana once quipped that “the chief aim of liberalism seems to be to liberate men from their marriage vows.” Conservativism affirms and promotes marriage both as an institution and as a tremendous good for male-female couples. Liberalism does not.

Since Greiner rather disingenuously seeks to harness Edmund Burke for his case, let me quote him again. Burke argued that “religion is the basis of civil society,” and that includes “all our laws and institutions.” He certainly had the institution of heterosexual marriage in mind here, never faux marriage such as homosexual marriage.

Greiner goes on to make the quite reckless claim that nothing changes when homosexual marriage is legalised, and everyone’s religious freedoms will be just fine. Nice theory, but reality is against you. Wherever homosexual marriage has become law, there have been massive changes, including the heavy hand of the law brought to bear on all recalcitrants.

For example, those who simply state on their private social media page that they believe marriage should be between a man and a woman can be – and are – at risk. In my book Dangerous Relations that I wrote on this a few years ago, I offered nearly 200 actual cases of those who had lost their jobs, were fined, or were even imprisoned for daring to go against the homosexual marriage narrative in countries where it had been legalised.

Be it the cake maker, the marriage celebrant, the florist, the priest, the pastor, the reception centre owner, the photographer, or anyone even remotely connected to the marriage industry, they have all faced the wrath of the activists once marriage was redefined.

And given all the harassment, bigotry, and bullying those opposed to homosexual marriage in Australia are already experiencing on a regular basis – and I too have often been on the receiving end of all this – just imagine how much worse it will become once our laws are so radically changed.

And it will not just be those of a religious persuasion who will experience the negative impact of all this. Anyone who dares to differ will potentially be subject to various forms of persecution, ostracisation and bigotry.

Greiner closes his piece by pretending that the radical redefinition, and thus end of marriage, is no big deal: “Together let’s celebrate the many achievements of this government and focus on the real challenges and opportunities our nation faces. Rather than tying ourselves in knots over whether same-sex couples can get married, let them tie the knot and we can move forward together.”

Um, it is the other side that is all in a lather about this. All that we true conservatives are doing is trying to conserve and preserve the most important social institution ever devised. We are not the ones all worked up – it is the activists on the other side and the clueless wonders who pretend they are conservatives that are.

Folks like Greiner try to make the case for homosexual marriage by somehow dragging a genuine conservative principle of small government into the debate. But this simply backfires on these fake conservatives. Whenever the state seeks to radically alter the institution of marriage, big government becomes bigger, and liberty is contracted even further.

One simply has to look at those places that already have legalised homosexual marriage. The state grows, freedom shrinks, and homosexual fascism is allowed to run its full course. More and more people are persecuted, jailed, fined and dismissed from their jobs when this happens – just how is that a conservative value?

As the American philosopher and free market advocate Jay Richards has rightly said about all this:

To claim seriously that government is and ought to be limited, you have to answer this question: What limits the state? The longstanding conservative answer: the rights and responsibilities of individuals and the institutions outside the state’s jurisdiction. And the institution that limits the state more than any other is the family, precisely because it pre-exists the state. The family is initiated by the marriage of a man and a woman. Ideally, human beings will be born, fed, raised and educated in a family, which will in turn be supported by the other institutions of civil society around it — neighborhoods, churches, voluntary associations and so forth, institutions the state should recognize and respect.
A limited government doesn’t try to redefine reality; it recognizes those pre-political realities outside its jurisdiction. The totalitarian, and Orwellian, governments of the twentieth century understood this perfectly well, and set about doing exactly the opposite. Lenin and other Marxists knew that to realize their vision, they had to destroy not just the idea of private property, but also religion and “this present form of marriage.”
What could possibly be less conservative than to decide, politically and legally, that marriage and family are mere social constructions that we’re free to change the moment the Supreme Court or a state legislature decides to do so? If a state can redefine marriage, then what can’t, what won’t, it redefine?

True conservatism, as mentioned, is about conserving, about valuing what works, about hanging on to what is vitally important. Sure, some small, incremental changes are necessary within that overall framework. But redefining marriage out of existence is no small change.

In his important 1953 volume The Conservative Mind, Russell Kirk, the father of modern American conservatism, listed six basic principles that characterise conservatism. His sixth point was that “change may not be salutary reform: hasty innovation may be a devouring conflagration, rather than a torch of progress.”

One can think of no more incendiary change than the radical redefinition of marriage, and all the social upheaval that naturally follows from it.

12 Replies to “There is No “Conservative” Case for Homosexual Marriage”