Yesterday I wrote about how America’s left and the Hollywood jet set are all agog with the prospect that Oprah Winfrey might make for a great Democratic presidential candidate. As I pointed out, she is everything liberals and Hollyweirdians would love to see in the White House.

You can see my thoughts on all this here: billmuehlenberg.com/2018/01/09/oprah-potus-scary-thoughts/ 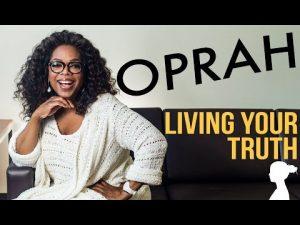 I did however get some resistance to my piece on several fronts. For example, some claimed that it would never happen. Well, even more bizarre things have happened. And of course this is not the first time such talk has occurred. She has already toyed with the idea of running: www.dailywire.com/news/13995/oprah-maybe-ill-run-president-hank-berrien

And some other folks, claiming to be conservatives, asked what would be wrong with her as POTUS. Really? The simple truth is, Oprah is loved by the left because she is a doctrinaire liberal. Among other things, she is a pro-homosexual, pro-gun control, pro-Obama Democrat. She may not be as bad as Hillary, but she likely is as bad as Obama. She is not someone a conservative or Christian should consider supporting.

Then there is the appalling hypocrisy of her and her buddies at the Golden Globes ceremony with their black gowns on – pretending they are somehow worried about sexual harassment and the objectification of women. They may have worn black, but the amount of flesh on display makes you wonder just how concerned they are about being treated as sex objects.

As Matt Walsh pointed out:

While the media spends all week congratulating Hollywood for its moving performance at the Golden Globes, we should keep in mind that none of the people who took the stage or sat in that auditorium — not a single one of them — spoke out against Hollywood’s sex abuse problem prior to October of this past year. What changed in October? The problem became public knowledge, leaving every actor and actress in the business no choice but to finally “take a stand.” The common threads explaining both their silence and their conveniently timed, self-congratulatory protest are these: self-preservation and professional ambition.
www.dailywire.com/news/25502/walsh-matt-walsh

“Your truth” vs real truth

But the scariest thing about having someone like Oprah running for the White House – let alone actually getting in to it – is her worldview. As I have often documented, she is the world’s biggest promoter of the New Age mumbo jumbo. See these pieces for starters:

Over the years she has promoted every New Age nutter there is. As I wrote in the first of those two articles:

As can be seen, every loopy sort of spirituality, occultism, and New Age foolishness is being promoted here. Of course there is only one thing missing from all this: the clear gospel message of Jesus Christ. Oprah is quite happy to flag every conceivable type of religion and spirituality except the one true message, which is Jesus Christ and him crucified for our sins.
But in Oprah’s worldview the work of Christ is totally unnecessary, because none of us are sinners. Instead, our problem is one of ignorance. We simply need to realise that we are already divine, and all our problems will be solved. In typical New Age fashion, Oprah presents us with a religion which is big on self, but small on truth.

And this demolition job on truth is perfectly reflected in the speech she just gave the other day. In it she said, apparently with a straight face: “speaking your truth is the most powerful tool we all have.” Oh really? YOUR truth? Whatever happened to THE truth?

But this of course is fully in line with New Age beliefs. Truth is relative. Truth is whatever you make it to be. Indeed, since you are god, or part of the divine, you create your own truth and you script your own reality. This is basic NAM teaching. And this is where Oprah is coming from.

So let’s just take her thoughts a bit further. If YOUR truth is all that matters, then of course there really is no such thing as truth. After all, unless there is transcendent, objective truth that we all can appeal to as we assess various truth claims, there is no way we can say one person’s truth is any better or any worse than another’s.

Then it simply comes down to who has more power. Those with more muscle can then silence those with less. If truth exists only in the mind of the beholder – like one’s personal preferences about flavours of ice cream – then real truth will not win out, but raw power.

Not only that, but we can never be in a place to say someone’s ideas are right or wrong – they just are. All we can do is just sit back and grin and bear it. After all, Hitler had HIS truth, so who am I to judge? Stalin had HIS truth, so I must simply acquiesce.

Getting closer to Hollywood and Oprah, Weinstein obviously had HIS truth, so why can he not do what he wants to do? If HIS truth is about using his power to sexually abuse and assault women, well, so what? At least he was running with HIS truth.

The idea that everyone has their own truth and that is the end of the matter is of course a recipe for disaster. And it is obviously self-refuting. As J. Warner Wallace put it, “Those who claim that truth is a matter of perception and opinion are proclaiming this as more than a matter of perspective and opinion. They would like us to believe that this definition is objectively true, even as they deny the existence of objective truth.”

New Agers like Oprah are absolutely sure that truth is not absolute. And they will insist on this absolutely! In which case we should just dismiss them as the fruit loops they are. As Roger Scruton rightly said, “A writer who says that there are no truths, or that all truth is ‘merely relative,’ is asking you not to believe him. So don’t.”

Truth is NOT what we happen to feel or prefer. Truth is what corresponds to reality. If something is true, it is true for all people, for all times, and for all places. It does not change. It is not a matter of personal taste and preference. We are welcome to have preferences on things like ice cream flavours, but not on facts.

As Daniel Patrick Moynihan said, “You’re entitled to your own opinion but you’re not entitled to your own facts.” To confuse your own subjective tastes with what is objectively true is how we end up in the mess we are now in, with Weinstein doing his thing, and Hollywood actresses and talk show hosts totally oblivious to the blatant hypocrisy and double standards they are employing.

If all this is bad enough in Hollywood, it will be just as bad – if not worse – if found in the White House. Oprah can remain a talk show host and push all the relativism, subjectivism and personal opinion she wants to. But that is not the sort of person we want running the United States.

Sure, I know that we have had plenty of presidents who have played fast and loose with the truth. But at least most of them would not have denied that objective truth exists. But folks like Oprah do. That makes them very dangerous indeed.

Let me conclude with some thoughts on the great damage such relativism and truth decay does to politics and society. Social commentator Michael Novak said this in his Templeton Prize Address, “Awakening from Nihilism”:

Totalitarianism, as Mussolini defined it, is . . . the will to power, unchecked by any regard for truth. To surrender the claims of truth upon humans is to surrender Earth to thugs. It is to make a mockery of those who endured agonies for truth and the hands of torturers.
Vulgar relativism is an invisible gas, odorless, deadly, that is now polluting every free society on earth. It is a gas that attacks the central nervous system of moral striving. The most perilous threat to the free society today is, therefore, neither political nor economic. It is the poisonous, corrupting culture of relativism….
During the next hundred years, the question for those who love liberty is whether we can survive the most insidious and duplicitous attacks from within, from those who undermine the virtues of our people, doing in advance the work of the Father of Lies. “There is no such thing as truth,” they teach even the little ones. “Truth is bondage. Believe what seems right to you. There are as many truths as there are individuals. Follow your feelings. Do as you please. Get in touch with your self. Do what feels comfortable.” Those who speak in this way prepare the jails of the twenty-first century. They do the work of tyrants.