A big part of our problem today is most people – including most Christians – think we are living in normal, conventional and unexceptional times. Everything seems peachy – more or less – and so most folks just go on living their lives as if life will go on forever in relatively peaceful and stable conditions.

But they are of course doubly wrong. There are always disasters and catastrophes lurking around every corner. Wars, genocide, revolutions and natural disasters can occur at any given moment. Peace, calm and stability in such a world are actually more of a rarity than the norm.

But spiritually speaking we also must reject such Pollyanna-ish thinking. We are not living in peace time. The truth is, we are living in war time. Ever since the Fall a cosmic war has been going on, and every single one of us is part of it, whether we know it or not, and whether we like it or not. 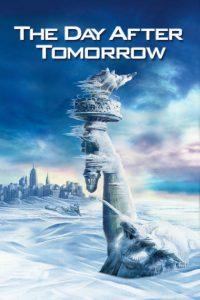 I will speak more on these spiritual realities in a moment. But first let me offer an illustration of all this from popular culture. I have in mind a film I saw a long time ago, and which I again saw just last night on television. Let me preface my remarks by saying that I do not go to films all that often, but when I do, they are often action films and the like.

I prefer such brainless entertainment now and then to take my mind off all the pressing concerns and issues of the day. But often they are end-of-the-world disaster flics. Of course such films do not distract me from my daily concerns, but actually take me right back to them!

Oh well, I am a glutton for punishment I guess. But I do usually find all sorts of spiritual truths and spiritual lessons in such films. I can normally find some good sermon material in such Hollywood offerings. And that was certainly the case when I first saw The Day After Tomorrow.

It is a 2004 American science fiction disaster film starring Dennis Quaid. He plays Jack Hall, an American paleoclimatologist. In his research he discovers that global warming is going to cause a catastrophic ice age – and soon. As is often the case in such films, politicians and others ignore him, but sure enough, the disaster soon strikes, killing millions.

Now I am not into the climate change hysteria, and the film was certainly over the top in its gloom and doom global warming silliness. But ignoring all that for the moment, here I want to emphasise this general truth: when a select few see that disaster is in fact approaching, most people just ignore them and think they are mad.

In the film Hall was often dismissed as a crackpot by leaders and politicians. But his warnings ended up coming to pass. (Hmm, sounds just like Jeremiah and the other prophets!) At one point in the movie Hall warns a professor in England to flee from where he is before the icy storm overtakes him. Here is the dialogue that follows:

Jack Hall: Professor, it’s time you got out of there.
Terry Rapson: I’m afraid that time has come and gone, my friend.
Jack Hall: What can we do?
Terry Rapson: Save as many as you can.

When I first heard that line 14 years ago in the cinema, I thought instantly of the spiritual parallels. The world is currently in a disastrous state and is hurling toward divine judgment. Thus Christians must do all they can to warn others, to preach the gospel, and to save as many as they can.

On dealing with extreme emergencies – thoughts from Tozer

This way of looking at life from the biblical point of view is of course not unique. It is – or should be – the standard way of looking at things by all Christians who are familiar with what Scripture teaches. From Genesis to Revelation this is a constant and overriding theme.

In his classic 1959 book, Born after Midnight, A.W. Tozer has a terrific chapter on these very matters. Chapter 6 is entitled, “We Live in a State of Emergency”. In it he looks at the overwhelming spiritual emergency engulfing mankind, and how Christians must respond to it. He begins the chapter with these words:

The fall of man has created a perpetual crisis. It will last until sin has been put down and Christ reigns over a redeemed and restored world. Until that time the earth remains a disaster area and its inhabitants live in a state of extraordinary emergency.

Statesmen and economists talk hopefully of “a return to normal conditions,” but conditions have not been normal since “the woman saw that the tree was good for food … and pleasant” … and “to be desired to make one wise” and “took of the fruit thereof, and did eat, and gave also unto her husband with her; and he did eat”.

He presents some of the biblical data on this and then concludes with these words:

Let a flood or a fire hit a populous countryside and no able-bodied citizen feels that he has any right to rest till he has done all he can to save as many as he can. While death stalks farmhouse and village no one dares relax; this is the accepted code by which we live. The critical emergency for some becomes an emergency for all, from the highest government official to the local Boy Scout troop. As long as the flood rages or the fire roars on, no one talks of ‘normal times.’ No times are normal while helpless people cower in the path of destruction.

In times of extraordinary crisis ordinary measures will not suffice. The world lives in such a time of crisis. Christians alone are in a position to rescue the perishing. We dare not settle down to try to live as if things were “normal.” Nothing is normal while sin and lust and death roam the world, pouncing upon one and another till the whole population has been destroyed.

To me it has always been difficult to understand those evangelical Christians who insist upon living in the crisis as if no crisis existed. They say they serve the Lord, but they divide their days so as to leave plenty of time to play and loaf and enjoy the pleasures of the world as well. They are at ease while the world burns; and they can furnish many convincing reasons for their conduct, even quoting Scripture if you press them a bit. I wonder whether such Christians actually believe in the fall of man.

Tozer speaks of those who will not “rest till he has done all he can to save as many as he can” in times of national crisis and disaster. “Save as many as you can” was also the line found in the 2004 film. Yes that is what all people should do when a time of emergency strikes.

But as Tozer reminds us, we are also in a perpetual state of emergency, spiritually speaking. From the time of the Fall until the return of Christ, we are in a massive crisis and time of calamity. As such, no one who claims to be a follower of Jesus Christ can just sit back, relax, and pretend that it is business as usual.

It is not. It is a time of cosmic warfare and upheaval, and every true Christian must live in the light of these truths. If we don’t, we may just be kidding ourselves thinking we are actually biblical Christians when we may not be at all.

6 Replies to “Priorities in a Time of Extreme Emergency”