Welcome to the world of big government, big brother, and the shrinking individual. And also – increasingly – welcome to the world of big media, where only a monochrome version of truth and reality are allowed. Long ago the Marxists learned that capturing a government by violent, external revolution was not going to cut it. But capturing a culture by subversion from within would. 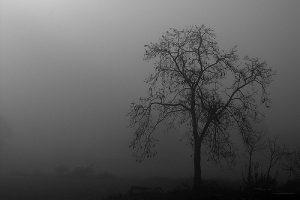 The cultural Marxists thus swapped bombs and bullets for the ‘long march through the institutions’. Take over the institutions of power and influence – schools, the media, law, politics, even the churches – and you can achieve the long-desired revolution.

We see this everywhere being played out in the West. And as I and plenty of others have documented – and experienced – the social media is now a prime example of this. Things like Google, Twitter, and Facebook are all marching in step with secular leftism, and they are directly targeting any miscreants who refuse to join in.

I know a bit about this as I am once again languishing in the Facebook gulag. For an entire month. And for a crime I did not even commit. But as I mentioned yesterday in my piece about this, the principles of Communism and Nazism are not far afield from the principles of the mainstream media and the social media: billmuehlenberg.com/2018/09/12/facebook-jail-yet-again/

In both cases we have only one official line of thought allowed, and all recalcitrants shall be punished. And like the Communists of old, often you are treated as a criminal without even knowing what “crime” you may have committed. No trial, no nothing. One minute you are there, the next minute you are gone.

The simple truth is, coerced uniformity is the cry of all totalitarians, and never genuine diversity. They may go on and on about diversity and the like, but a grey conformity is their only accepted path. You WILL do as you are told, and you WILL think as you are told. Thought crimes WILL be punished.

Although I am now sin-binned for an entire month, I am still trying to figure out why. I am still trying to piece together why it even happened. I have committed no crime, but I am paying the penalty nonetheless. When I tried to get on to my FB page yesterday, I got the by now familiar ‘You have violated our community standards’ mantra.

It is completely meaningless and arbitrary of course. All that it means is when anyone speaks truth, and/or does not bow down to the PC-left agenda, they have been a bad boy and will be treated accordingly. In this case they mentioned some other FB page which was NOT mine.

And they had some image of the offending post which again was not mine. I should have looked at it more carefully, because when you press the ‘next’ button or whatever, it is gone. So I am only vaguely aware of what was deemed to be so offensive.

It seems I may have been made an admin there – otherwise I know little about the page or the group. I think it had to do with the sexualisation of children and the like. Often folks will make me an admin of their page. Sometimes I will be asked first, but often it just happens.

And it seems that one can just name another person as an admin without them agreeing to it or even knowing about it. As I said yesterday, sometimes I don’t mind because it means I can directly post some of my stuff on other like-minded pages, without awaiting approval and the like.

As to the page in question, I may have posted on it a few times, otherwise I know little about it. But someone must have posted something there that the FB Big Brotherhood objected to, so now that page has been permanently deleted, and I am in Outer Siberia for a month – for something I DID NOT DO.

So much for a bit of fair play and justice. Being an uber-secular left group, FB is prone to rattle on and on about social justice. Yeah right, where is the justice for the millions of FB users who dare to think independently and resist the narrow leftist groupthink that FB demands?

Maybe someone in the know can confirm this for me: can one be made an admin of a FB group and not know about it, or not be asked about it first? If so, this is a lousy way to treat your customers. It is right up there with the following scenario:

Imagine you are sitting in your own car and minding your own business when some crazed carjacker breaks in and steals your car with you still sitting in it. The police give chase, finally catch the crook, and charge you for the offence!

That is just what we have here. It seems anyone can make you an admin of a page without your knowledge or permission, and if they get caught out for something that “offends” the FB mind police, then you pay the price for it as well. Love that justice FB! It’s really swell, thanks.

Since I am often made part of other groups, or folks often share my stuff, let me offer a few words on how I expect to see things played out on the social media. Because I am a Christian as well as a conservative, I have a few ground rules, at least for myself. I seek to avoid swearing, advocating violence, and being offensive just for the sake of being offensive.

I realise that many groups that like to run with my stuff may not be Christian, or may not have Christian admins. Thus they may say and do things which I might not. Let’s look at Islam for example. Some of the more secular culture war groups may routinely post memes with a pic of a Western gal in a bikini and a Muslim in a burqa.

Then some culture warriors will do stuff like put bacon or a pig’s head outside of a mosque, or at least make memes about it. I am not into controversy for the sake of controversy, and I am not into going out of my way to offend people. Sure, all that I say is found to be offensive by plenty of folks anyway.

But I think resorting to juvenile shock tactics or acts of provocation does not help our side very much. When it comes to resisting Islam, it really needs to be done on two main levels: spiritual and intellectual. That is how we should engage in the war of ideas and ideologies. Childish pranks are not the way to go.

I say all this as a bit of a warning. If you want to share my stuff on your page or site, or want to make me an admin, it may be best to ask me first. I am too busy to be an admin of a zillion groups anyway, and I do not always approve of how some others are fighting the culture wars.

And a practical reminder: when you are in FB jail you can do nothing! I can see things that others post, but that is it. Yet I notice that folks keep messaging me, sending me friend requests, asking me stuff, etc, etc. Um, I CANNOT reply to any of it. And that will be the case for an entire month. So if you need to communicate with me, do it by email, by another social media site such as MeWe, and so on.

But let me return to where I started. The world continues to become swamped by greyness, and the takeover of the social media is just a part of this. I will continue to use it – that is, when not imprisoned – to share truth and represent Christ and the Kingdom.

I really do not know how long such opportunities will last however. It seems everywhere the darkness is descending and the means to share truth are closing in on us. We may get to the place soon enough in the West where sharing with a fellow inmate in an actual prison will be our only means of communicating eternal verities.

But while we have the chance, we must make use of every opportunity, including things like Facebook. So now is not the time for timidity or worrying about what others will think. We must share desperately-needed truth, despite the consequences and repercussions.

Of course we must learn to do this wisely and prudently. Simply seeking to tick people off for the sake of it is not how we should proceed. We are to emulate Paul’s words about ‘speaking the truth in love’. Our aim is not just to win arguments, but to win people.

It may not surprise some of you to learn that I just returned from a used book store which got in a new stock of books. I went through a number of boxes and came away with some neat volumes. One was a 1995 book entitled Permanent Things.

It is a terrific volume about how we can maintain and promote permanent truths and values in a dying and decadent culture. It features a number of essays about people like Chesterton, Lewis, Eliot and Sayers. One piece by Catholic philosopher Peter Kreeft on Lewis concludes as follows:

Our enemies are supernatural, of course, but we also have natural, concrete, human enemies, those who are doing Satan’s work, consciously or unconsciously, as we try to do Christ’s, those who passionately hate us and want to kill us, i.e., to destroy the church and make our souls like theirs. They are in the ACLU and Planned Parenthood and the Gay and Lesbian Task Force, and media boardrooms. What is our strongest weapon against them?

There is one that is guaranteed to defeat them, and we alone have it. Their weapon is hate, ours is love. God’s love. Agape. We can defeat our enemies by making them our friends, by loving them to death. It may take forever. But love never ends, never gives up. Not even when it sees Calvary. And once it has seen that, everything else is trivial, including the decadence of Western civilization.

That takes care, grace, prayer and thoughtfulness – and not just a bunch of provocative memes. Sure, sharing truth will always offend some folks, but we must be wise in what, when, how and why we share stuff. If I ever get back on FB, I will try to do that even more so than I may have thus far.

10 Replies to “Social Media and the Ugly Greyness of Groupthink”