We live in such strange times. Everyone is so keen to protect children, to look after the wellbeing of children, and to ensure that they are not in any way abused or harmed. However, all this talk and concern seems to come to an abrupt end when we speak about children who are still in their mother’s womb. 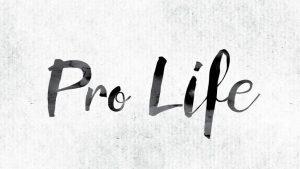 And that includes not just the right to be born, but the right to live right up until natural death. But increasingly the West has declared war on such essential rights, and abortion, euthanasia and even infanticide are now widespread, legal, and promoted as the morally and socially correct paths that we must take.

In Australia for example states such as Victoria and Queensland effectively allow open slather for abortion on demand, even throughout all nine months of the baby’s life. And more recently we have seen some American states such as New York and Virginia not only legalising abortion for the entire nine months, but allowing infanticide.

In some of these places the baby can actually be born and THEN a decision will be made about his or her fate. As Virginia Governor Ralph Northam so cold-bloodedly said while he actually defended this infanticide, “If a baby is born we will make it comfortable until the family makes a decision.”

Wow! This is certainly Brave New World stuff. As one meme making the rounds on the social media so rightly puts it: “When Jesus was a baby, Satan prompted the government to murder babies. New government… same old demons”. Yes exactly.

In America the Democrats have been leading the way in all this. In addition to the Democratic leaders highlighted just above, consider the recent State of the Union address in which President Trump slammed infanticide. Not one Democrat stood up or applauded this. They are not just the Party of Death, they are the Party of Demons.

But sadly all this horror is now becoming a daily reality for most of the Western world. All over the West we see ever more draconian laws being passed which makes the killing of the unborn ever more easy. And they seek to make moral justification for all this.

One world-renowned ethicist and philosopher who used to teach ethics in Australia – but now teaches in the US – Peter Singer, fully favours not just abortion and euthanasia, but has written passionately for the need to legalise infanticide as well. However he is a keen supporter of animal rights.

Those who speak of the “Culture of Death” are certainly correct to do so. Everywhere we see an elevation and promotion of death and killing, along with a reduced interest in life itself. Obviously totalitarian states such as the former Soviet Union and Communist China had a very low view of human life, killing many millions of their own citizens.

But today we find free, prosperous and democratic nations actually following suit. Sure, it is hidden behind a raft of euphemisms – autonomy, freedom, the right to choose, etc – but the numbers are just as staggering. Consider the actual figures: according to the World Health Organization there are 40-50 million abortions worldwide each year.

Yes you read that correctly. That boils down to around 125,000 abortions every day. Let’s look at just last year: in 2018 abortion was the leading cause of death worldwide, with some 42 million people killed. No other cause of death came close to this figure.

In fact, the second on the list, heart disease, came in at 18 million, while cancer was third on the list with 8 million. So the world’s number one killer is abortion, and the most unsafe place on the planet is the mother’s womb. What an utterly tragic reality.

These figures are absolutely shocking – indeed they are mind-numbing and soul-destroying. As has often been said, we can rightly judge a culture by how it treats its most vulnerable and defenceless. What do these numbers tell us about most cultures today?

As mentioned however, there are other forms of death on demand that we must contend with. It is because of this move away from life towards death that the prolife movement exists. We know how very valuable every life is, and we seek to see an Australia that cherishes, values and celebrates life instead of finding ways to destroy it.

And of course such concern for life is not limited to those who are religious. Not only are there numerous secular prolife groups out there, but all of humanity – religious or not – has a vital interest in seeing life affirmed, protected and upheld.

Yes, most cultures understand that not all killing is murder, and some forms of killing may be morally justifiable, such as self-defence, just wars, or even capital punishment. But even if we disagree on those three circumstances, one would hope that all civilised nations could see the glaring problems and gross injustice in killing millions of their own citizens.

In the overwhelming number of cases, there is no medical indication for an abortion. Careers, comfort and convenience are all good things, but they should never become excuses for taking the life of another person. We can do so much better.

We have an obligation as a civilised nation to do all we can for the voiceless and the defenceless. Failure to do this means we have renounced any claims to being a compassionate and civilised people. As US Senator Marco Rubio once put it:

Whether it is abortion, euthanasia, infanticide or various forms of eugenics, we will stand up for life and stand against death. We must affirm the personhood of everyone. We must learn from history that it is always evil to target entire classes of people, be they Blacks, or Jews, or some other group. As the famous children’s author Dr. Suess rightly said: “A person’s a person, no matter how small.”

Of all people, those who call themselves Christian must be at the forefront of defending human life and resisting the culture of death. Will the church of Jesus Christ stand condemned because of its despicable and cowardly silence on the abortion holocaust? Or will it rise up and speak out on the great moral issue of our day? The choice is ours. We must choose quickly, and we must choose wisely.

As Russell Moore of the Southern Baptist Convention said in 2015, “It’s time for the reborn to stand up for the unborn.” Wake up church!

14 Replies to “The Vital Imperative of Protecting Life”