The times they are a changin’, as Bob Dylan once crooned. No question about that. I have seen plenty of major changes during the course of my rather short lifetime. The world a century ago looked far, far different than it does today.

While things like homosexuality and the like certainly existed back then, they were nowhere near promoted, endorsed, encouraged and elevated like they are today throughout the West. We now live in a completely different sexual, social and moral landscape. Someone who died a century ago and came back to life today simply would not recognise the place. 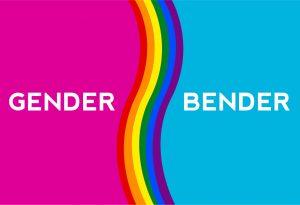 And one can see a very clear progression here. As we began tampering with heterosexual marriage and the nuclear family some 60 or more years ago, we saw one thing after another not just legalised but normalised and celebrated. Cohabitation, homosexuality, and now the transgender revolution have all followed in turn. One is rightly fearful to ask, “Just what will be next?”

The gender bender revolution is certainly the latest manifestation of all this, and it is as socially radical as it is new. Just five years ago almost nobody was talking about things like ‘gender dysphoria’. Hardly a soul would even imagine that one’s birth sex was merely a social construct and something to simply be wished away.

Indeed, up until recently, if a man said that he identifies as a woman and demands to be treated accordingly, he would have been laughed at at best, or perhaps even committed at worst – for his own good, and that of the rest of society. But now the trans agenda has utterly exploded all over the West.

We have countless cases not just of adults but of children at ever-younger ages coming out and telling us they are the wrong sex, and want to go the whole hog in changing it with puberty blockers, cross-sex hormone therapy, and gender reassignment surgery – even including vaginoplasty and phalloplasty.

Consider some of the endless horror stories now emerging from all this, as witnessed in various news headlines and stories:

-Over 40 per cent of transgender adults attempt suicide at some time, “even after changing their sex. As the research shows, a high percentage of this population has clinical depression, the undisputed leading cause of suicide.”

-“Canada Hopes to Jail People Who Stand Against Transgenderism”

-“Study: Describing Breastfeeding as ‘Natural’ Is Unethical Because It Reinforces Gender Roles”

-“D.C. restaurant fined $7,000 after asking transgender woman for ID before letting her use bathroom”

-“Mother, 38, is arrested in front of her children and locked in a cell for seven HOURS after calling a transgender woman a man on Twitter”

And let me look at some recent cases of just one very worrying aspect of this: the trans revolution in women’s sport. As more and more men tell us they are actually women, and enter female sporting competitions, guess what: these men are winning just about everything. And worse yet, they are sending some real women to hospital.

This is clearly the end of women’s sport. As Caleb Seals recently wrote:

If this current trend continues, it could lead to the end of women’s sports as we know it. The latest example of this happened last October in women’s cycling, when a biological man was allowed to compete in a women’s event. Naturally, he won it.

It does not take a rocket scientist to figure out that men and women are created differently, especially when it comes to bone structure, muscle mass, and hormones. These differences should be celebrated! Since the beginning of organized sports, there have been separate leagues for men and women, girls and boys. There’s an obvious reason why: it simply wouldn’t be fair to have males and females compete against each other. God created males and females differently. Having separate men’s and women’s sports leagues is simply a celebration of this beautiful difference.
www.frcblog.com/2019/01/how-sexual-revolution-could-end-womens-sports/

Or as Rod Liddle has recently said:

And four-time Olympic beach volleyballer Ana Paula Henkel should know all about this. She wrote an open letter to the International Olympic Committee and said in part:

There is an infinity of examples about how it doesn’t make sense to mix men and women in sports where physical strength makes a difference to the end result. Is it fair, to simply pretend away these undeniable biological differences in the name of a political ideology which will serve to restrict a space so hard won by women who struggled for it for so many centuries? How to accept “biological” men in fighting competitions, pitilessly hitting women, and then gaining acclaim, medals and money for it? Have we all gone so crazy as to permit such degradation?
www.facebook.com/notes/martin-dufresne/open-letter-to-the-international-olympic-committee/10160127491350595/

The madness here is simply endless. Not only are more and more children being sucked up into this, but those who try to offer some sanity here – including biological sanity – are being penalised and punished for daring to do so. And now we have a major new growth industry: detransitioning, where those with sex-change regret seek to reverse what they have had done to themselves.

Because we live in a broken world, we can expect to see cases of sexual brokenness as well. It should be pointed out that there is a very tiny percentage of cases in the Intersex category which are legitimate and quite different cases, and they have nothing to do with the majority of cases involving those who identify with the opposite sex to their natal sex. Such people need care and help.

But the overwhelming majority of the trans cases we see have to do with mental, psychological and emotional issues that need to be addressed. Dr. Paul R. McHugh is the former psychiatrist-in-chief for Johns Hopkins Hospital and its current Distinguished Service Professor of Psychiatry. He has said that transgenderism is a “mental disorder” that merits treatment, that sex change is “biologically impossible,” and that people who promote sexual reassignment surgery are collaborating with and promoting a mental disorder.

Social commentator Ryan Anderson put it this way: “Children need our protection and guidance as they navigate the challenges of growing into adulthood. We need medical professionals willing to help them mature in harmony with their bodies, rather than deploy experimental treatments to refashion their bodies.”

Such people need help. But we must address the real, inner issues that trouble these people, and not apply outer physical fixes which will NOT do a thing to change a person’s natal sex. I finish with the words of two people who have been there and done that. First, an Australian:

We don’t normalise having cancer and we don’t normalise medical conditions, yet society is normalising transgenderism, which trivialises my grief and pain. The normalisation of transgenderism in Western society has been a swing too far to the left. In the early years of my transition, I felt justified in believing this would be good for society. It was an immature Roz Ward-style response to the perceived injustice I experienced as a teenager. But I’ve come to realise that I was wrong – as a trans woman I should’ve known better about the dangers of normalising transgenderism in society.

And listen carefully to the words of American Walt Heyer who ‘became a woman’ at age 42 and stayed that way for eight years before detransitioning:

The problem with basing a diagnosis and irreversible treatment on people’s feelings, no matter how sincerely held, is that feelings can change. My message attempts to help others avoid regret, yet the warning is not welcome to the advocates whose voice for transgender rights rings strong and loud. Some will find my words offensive, but then the truth can be offensive. Personally, I cannot think of anything more offensive than men diminishing the wonder and uniqueness of biological women by suggesting women are nothing more than men who have been pumped with hormones and may or may not have undergone cosmetic surgery. Cheers and bravo to the offensive truth. Let’s reclaim the beautiful reality of male and female sexual difference and reject transgender ideology.

My review of his latest book telling of numerous folks detransitioning is found here: billmuehlenberg.com/2019/02/10/a-review-of-trans-life-survivors-by-walt-heyer/

The truth is, this is an all-out assault on God and the created order. He made us to be male or female – end of story. Yes, in a fallen world things can get a bit fuzzy, and there are such things as the Intersex condition which apply to only a very tiny proportion of humanity.

But 99 percent of the trans madness we see all around us is not about legitimate Intersex conditions but confused minds, damaged psyches, and wounded spirits. Those need to be treated, while we leave the bodies alone. As Andrew Walker put it in God and the Transgender Debate:

11 Replies to “Time To Expose the Radical Gender Ideology”