Most of us are not on actual front lines, with machine guns in our hands, bullets flying overhead, and bombs exploding all around us. For that we can all be thankful. And we can also be thankful for those who ARE there, who do serve in this way and help protect our nation and keep us safe.

But there is a metaphorical war that we are all involved in – or all SHOULD be involved in. It is being fought on so many levels: it is a spiritual war, a moral war, an ideological war, a culture war, a political war, and more. Certainly if you are a Christian you should know all about these battles and you should be engaged in them.

With relentless and ferocious attacks on everything we hold near and dear – faith, family, freedom, etc. – we ALL must be involved in these battles and NONE of us should have the luxury of just sitting on the sidelines, watching others do all the fighting and all the heavy lifting. 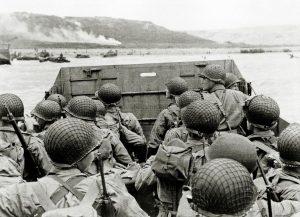 You either stand up for what is right and take on the never-ending attacks, or you wimp out. If the latter, you have effectively gone over to the other side. You are no longer standing for your Lord and what he values and cherishes, but you are standing for our spiritual foe.

It is your call. Where do you stand? Sure, not everyone can be directly involved in some of these battles, whether as a politician, or a lobbyist, or a culture warrior, or even a keyboard warrior. But at the very least we can and should all be praying, and many of us can be doing so much more.

Since the internet and the social media have become such a big part of our lives – at least in the West – we all can use these new technologies for the Kingdom. We can all share truth on things like Facebook. We can all share biblical passages, or inspiring quotes, or links to important articles, or incisive videos, and so on.

That is the least we can do. Yes, even here we need tact and wisdom as to what we post, when to post, how to post, and why we post. Sometimes caution and care is needed in what we share online. But I suspect that all Christians who are on the social media can do so much more in this regard.

Often the main thing keeping us from doing this is fear, cowardice, or concerns about upsetting others. I have often written about the need to stand strong for Christ, and not be bound by such fear. See here for example: billmuehlenberg.com/2013/07/18/fear-faith-and-fortitude/

Let me now narrow the focus and discuss one small example of this sort of thing. It has to do with my website, and the comments on it. At the moment there are nearly 68,000 posted comments. I have to vet every comment that comes in, deciding if it is posted or not, and then deciding if I need to respond to any of those posted comments.

Of course many thousands of comments that come in are not posted, usually because they violate my clearly stated commenting rules. But here is a scenario that arises now and then. When it does, it bothers me a bit, so let me speak to it in some detail.

Every once in a while, a person who has sent in a comment will later ask me to remove it, or radically alter it. What follows is an expanded version of the sort of reply I usually send to such folks:

Thanks ____. I get similar requests from time to time. I can alter or remove comments if need be, but I am not too thrilled with this for several reasons. First of all, it is actually quite a time-consuming job. And I don’t have heaps of free time. Nor do I have secretarial help. To change or delete a comment often means I need to manually go through 68,000 comments to track them down then deal with them.

Another problem is if people have replied to your comment, then I need to track down their comments as well and alter them, or sometimes delete them, because they no longer make any sense. It all gets to be a rather complex and time-consuming job.

My second – and more important – concern is this: why this request? There may be some legitimate reasons here, such as a person running for office – maybe even seeking to become prime minister! Such folks may well want any possibly damaging comments removed.

But I suspect that for most people, they just are a bit hesitant about standing up and being counted in the public arena. They may be afraid, or worried about what others think, or have a fear of man. But if that is the case, guess what? Then the other side has already won. They have intimidated us into silence. In that case I might as well shut down my website and turn myself in to the authorities. They won, and we have lost.

Now, I can understand all such concerns and fears – I really can. I regularly get hate mail and I sometimes get death threats. It sure ain’t nice. But I have to ask, where is the courage of our convictions? Can we not stand up unashamedly about what we have said, or have we allowed the other side to cower us, intimidate us, and effectively silence us?

My view is that unless we really have a strong and urgent reason for wanting to change or pull comments, I would rather leave them on. Why can’t we just be bold in proclaiming truth, and be willing to courageously make a difference, even if it means we might take some flak? So I leave it to you if you think you still have compelling reasons to make these changes.

Let me finish by offering a few encouraging quotes on courage – something we all need in greater measure in these dark days:

“Courage is not simply one of the virtues, but the form of every virtue at the testing point.” C. S. Lewis

“Courage is almost a contradiction in terms. It means a strong desire to live, taking the form of a readiness to die.” G. K. Chesterton

“Courage we shall need, and for the exercise of it we have as much reason as necessary, if we are soldiers of King Jesus.” C. H. Spurgeon

“Faithless is he that says farewell when the road darkens.” J. R. R. Tolkien

“Success is not final, failure is not fatal: it is the courage to continue that counts.” Winston Churchill

“Courage is contagious. When a brave man takes a stand, the spines of others are often stiffened.” Billy Graham

“Evil is powerless if the good are unafraid.” Ronald Reagan

“Be of good courage, and he shall strengthen your heart, all you that hope in the Lord.” Psalm 31:24

I concluded my previous article with these words: “I will not shy away from saying such things, even if it does eventually result in this site being shut down, or me thrown into the slammer. Here I stand. I can do no other.”

I still believe that. Who is with me?

26 Replies to “Courage in the Face of Battle”