So predictable has been the fallout from the horrible New Zealand massacre that I could have penned this piece a week ago, or a month ago, or a year ago. Details may have changed, but the same underlying narrative remains. More on all this in a moment.

But here is another thing you can bank on: it does not matter how clearly, precisely and repeatedly you say certain things – the left will NOT read or comprehend what you said, but will instead just misrepresent you, emote a lot, and get triggered – big time.

Case in point: In my first two articles I said repeatedly that we must pray for the Christchurch victims and loved ones, and I spent a full third of my first article utterly denouncing and condemning this evil killer. Yet I still have plenty of lefties – including clueless and Pharisaic Christians – denouncing me, claiming I am justifying the killings, etc. Good grief. 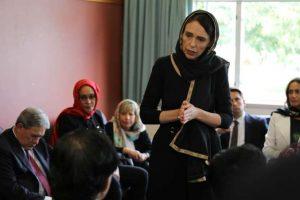 So let me say it one more time – even though I realise it will do zero good for my legion of leftist haters: This was a diabolical and evil massacre that can NEVER be justified; it was pure evil and it came from the pits of hell. The killer was evil personified, and he deserves to rot in prison for life. Or as I said earlier, he should be a prime candidate for the death penalty.

But let me look in a bit more detail at the rather predictable fallout from this horrific massacre. The left has certainly used this horrible event to push its agenda. The biggest loser is of course free speech itself. Let me remind you how things now work – and you can bank on this as well:

-When a devout Muslim shouting Allahu Akbar kills many innocents in the name of Islam, almost every politician, media outlet and “expert” will insist that this had absolutely nothing to do with Islam, he was a lone wolf, and he was mentally ill. We should do nothing about the political ideology that routinely produces such killers.

-When an evil white supremacist who says he intensely dislikes conservatism and Trump, praises communist China, and calls himself an eco-fascist goes on a killing spree, just about every politician, media outlet and “expert” will insist that basically all conservatives and Christians share in the responsibility for this massacre. We should do all we can to restrict and shut down these sorts of folks.

This is now standard operating procedure. But let me look at some of the specific bits of fallout from this tragedy. You might have seen on the news last night that Australian mosques had an ‘open day’ in which non-Muslims could pay a visit. That’s nice, but what routinely goes on in many mosques was likely NOT what was on display then, but a rather sanitised and Western-friendly version of events.

For example, there were likely no sermons in Arabic calling for the death of infidels as can often be the case. Um, why are such special open days even needed? If everything is sweetness and light in Western mosques, then why not have them open to the public all the time?

That is what we find with Christian churches of course. Any Muslim, any atheist, and anyone else can walk into a church service any time they want. No changes are made, no special arrangements take place. What you see is what you get, all the time.

Indeed, did you know that one of the mosques attacked did in fact produce jihadists? The Al Noor mosque which appears to be a relatively small congregation gave us Christopher Havard and al-Qaida recruit Daryl Jones.
www.stuff.co.nz/the-press/10120347/Drone-victims-radicalised-at-mosque

Did I just say this justified the massacre? No I did not! I am simply pointing out a few inconvenient truths that the left, the MSM, and duped dhimmies refuse to countenance. One American who pointed these facts out has already paid the price. Milo Yiannopoulos was banned from coming to Australia, then allowed, and now banned again.

One may not always agree with Milo – I often do not agree with him – but this is but one indication of the predictable crackdown of differing opinions. Only acceptable PC views will be allowed. The move to get rid of Fraser Anning from Parliament is another prime example of this.

And one more: Judge Jeanine Pirro was unceremoniously dumped from Fox News for daring to share some vital truths about Islam in the US. Once again, one need not agree with all that these folks say to see the ominous moves going on here. To speak critically of Islam in any way WILL cost you.

But wait, there’s more. We are now learning that the authorities in various Australian states have ‘right-wing’ watch lists. Both Victoria and NSW have them, it has been reported. Both focus on ‘right-wing terrorism’. I note that nothing was said about keeping an eye on radical left-wing groups however. As to Victoria, see this:

Dozens of Victorians with alt-right beliefs are being monitored by counter-terrorism authorities in the wake of Friday’s attack in Christchurch but police confirm there is no current threat they are aware of. Victoria Police Chief Commissioner Graham Ashton said “dozens” of Victorians were currently being monitored. “We have a range of people within Victoria that we monitor in relation to politically motivated extremism and potential for violence and we will continue to do that,” he said. “Certainly after Friday night we have intensified monitoring of the alt-right within Victoria, because of events from Friday.
www.heraldsun.com.au/news/victoria/dozens-of-victorians-with-altright-views-monitored-by-police-chief-commissioner-graham-ashton-says/news-story/5f2f889c196e4d7153eb1f541515bb6e?fbclid=IwAR04v0jqhzadHkMfs41jyUULmQEpeBjZfIpSX2NImsYqd3SgvMLLoxCycg8&nk=3be1f3cf3411810301ef56d75b76f564-1552809568

And concerning NSW, we have this:

The NSW Police Commissioner says he is looking at boosting resources into the anti-terrorism squad focused on right-wing extremists in the wake of yesterday’s Christchurch shooting. Speaking this morning following revelations accused shooter Brenton Harrison Tarrant spent time in the NSW city of Grafton, Commissioner Michael Fuller said the threat of lone-wolf actors was “an emerging risk”, and an area police were looking at closely. “We do monitor them,” Commissioner Fuller said. “We have arrested right-wing extremists in this state. We have criminal orders against right-wing extremists. We take it seriously. We know that in some western countries it is an emerging risk and we’re certainly looking at it closely, but we are also taking action against those in NSW and we will continue [to do so], and if I need to continue to build our capability in the right-wing extremist area, we will do that.”
www.abc.net.au/news/2019-03-16/christchurch-shooting-sparks-right-wing-police-focus-in-nsw/10908072?fbclid=IwAR1wmvl6LffdWTMCgd1D8Ub-hGfXtfJuf1WJ8ntKduJwmnhkL29mwr5yyuY

Let me finish by talking a bit about what the responses have been to my first two articles on this. Four main camps can be noted. First, and predictably, many leftists have come here utterly irate, accusing me of all sorts of things, including being personally responsible for this terrible massacre.

Second, some folks have actually sought to defend this mass killer. As I said in my first article, I want nothing to do with such folks. Third, some clueless Christians have gone all self-righteous on me, denouncing me, claiming I am not a real Christian. Some even believe that Muslims are more peaceful and Christlike than I am! I kid you not.

Fourth, many folks seem to have agreed with the general drift of what I have written. My first two articles on the massacre appear to have generated a bit of a response. For what it is worth, the first piece I wrote on this matter has been shared over 1300 times on Facebook: billmuehlenberg.com/2019/03/15/on-the-new-zealand-massacre/

And the second piece has been shared over 13,000 times: billmuehlenberg.com/2019/03/16/some-inconvenient-truths-about-the-christchurch-massacre/

I guess many folks are concerned about these matters. But let me conclude in the same way I did my two previous pieces: we must pray for all the victims and their families and their loved ones. This was a despicable act, and there is now so much suffering and grief.

And if anything will land me on a “rightwing” watchlist, it might be this: Every time that I pray for these folks, I do not pray that they will find comfort, hope and assurance from Allah. I pray they will find real and lasting peace and hope through the one true living God, and find eternal life through his son Jesus Christ.

Yes I know: to say this about Jesus is blasphemous to the Muslim. But it is what they desperately need to hear. I will not shy away from saying such things, even if it does eventually result in this site being shut down, or me thrown into the slammer.

Here I stand. I can do no other.

59 Replies to “Further Fallout from Christchurch”