There is never a shortage of sloppy thinking and faulty understanding concerning most things in life, and this is especially true when it comes to matters pertaining to the Bible. There is so much biblical illiteracy out there that it is really quite alarming, yet that does not deter all those folks who think they are experts on Scripture from completely twisting it and mangling it.

Examples of this are of course endless. Not a day goes by on the social media for example where you don’t see some horrible howlers when it comes to biblical understanding. I have written often about cases of this, but let me provide another, more recent example. 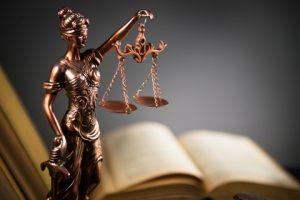 The other day I came upon an argument two people were having concerning the Christchurch killer. One person – who I presume is not a Christian – had a pretty quick and easy solution to this killer, and others like him. He said this: “take them out the back and shoot them – no trial, no jail time, no wasted tax payers money – just ZERO tolerance for extremism!”

To which another person (whom I know a little bit about, and know to be basically intelligent and no dummy) immediately responded: “then we’re back in Old Testament times and we’d be like Isis. But we’re not like them. A right to a fair trial is part of what makes our nations civilised.”

I am not sure if the respondent is a Christian, but here at least we have a rather fuzzy and distorted understanding of the Old Testament and what it actually says. This person equates OT law and ethics to Isis, and thinks it is the opposite of civilised societies.

Hmm. Perhaps actually reading through the OT would be of some help here. Those who have read it know full well that this understanding is simply a distortion and a caricature of the OT. Even a cursory reading of the Pentateuch for example will show that a high standard of justice is to be found there – including such things as a fair trial.

Indeed, OT justice is the very opposite of the kind of redneck justice that the first person was advocating. Since we are talking here about murderers and how best to deal with them, let me briefly look at how the Old Testament law dealt with such issues. Consider for example what it has to say about “cities of refuge.”

These were places that an Israelite could flee to if they had accidentally killed another person. Since I have written about this in some detail elsewhere, let me simply quote from an earlier article here:

Old Testament law on this is found in places like Exodus 21:12-14; Deuteronomy 4:41-43; 19:1-13; and Joshua 20:1-9. These passages speak about appointed places where people could flee to if they were involved in the accidental death of another person.

Six of the 48 Levitical cities were set aside for this purpose: Kedesh, Shechem, Hebron, Bezer, Ramoth, and Golan (Josh. 20:7-8). There were three of them located on either side of the Jordan river. Thus those in need of such cities did not have to travel too far to get to them.

Numbers 35:6-34 is the lengthiest passage on this matter. Verse 12 offers the rationale for these cities: “The cities shall be for you a refuge from the avenger, that the manslayer may not die until he stands before the congregation for judgment.” It is a safe place, a place to harbour these people, until proper adjudication can take place regarding the incident.
billmuehlenberg.com/2018/10/26/on-the-sanctuary-movement/

I went on to say in that piece that one major purpose of these cities was to prevent blood feuds from developing, and to deter personal vengeance. So this was a very orderly and just approach to what had often degenerated into bloody revenge killings. It sounds much like what we find in modern ‘civilised’ nations in fact.

We can look further at how the OT law dealt with such matters. For example, it required at least two or three witnesses to convict someone of a crime. The final portion of Deuteronomy 19 for example speaks directly to this matter (verses 15-21):

One witness is not enough to convict anyone accused of any crime or offense they may have committed. A matter must be established by the testimony of two or three witnesses. If a malicious witness takes the stand to accuse someone of a crime, the two people involved in the dispute must stand in the presence of the Lord before the priests and the judges who are in office at the time. The judges must make a thorough investigation, and if the witness proves to be a liar, giving false testimony against a fellow Israelite, then do to the false witness as that witness intended to do to the other party. You must purge the evil from among you. The rest of the people will hear of this and be afraid, and never again will such an evil thing be done among you. Show no pity: life for life, eye for eye, tooth for tooth, hand for hand, foot for foot.

There is nothing barbaric about this, and there is no place for any lynch mob mentality or actions here. And that is true even of the final verse, which expresses the principle of lex talionis, or the law of just retribution. The punishment should fit the crime in other words – no more and no less. This is a basic principle of justice: giving to each one his or her due.

As Chris Wright says of this text:

The purpose of the plurality of witnesses (cf. 17:6) is clearly the protection of the accused, especially the protection of the weaker individual from the vindictiveness of a more powerful opponent. . . . This text is notable, first, for its insistence on great care and diligence in establishing the truth of each case, on the assumption that all matters of justice are decided in the presence of the Lord, the supreme judge. Second, this text has a simple but effective deterrent to perjury. Anyone proved to have lied in court is to suffer whatever penalty would have been inflicted on the accused if the false accusation had been successful. If the case is capital, then the risk to a malicious witness was very great indeed. And even in less serious matters, such a law would decidedly dampen any frivolous “taking the neighbour to court,” with all the undesirable social side effects of uncontrolled litigation. The severity of this law reflects the way justice in Israel was a matter of the utmost seriousness. Yahweh, by his character as well as his action, demanded commitment to social and judicial justice among the people who claimed his name. The most essential components of that justice were the impartiality of judges and the integrity of witnesses; hence the presence of the ninth commandment in the Decalogue and hence this direct and uncompromising attack on perjury.

None of this sounds like rough, outback justice to me. And Iain Duguid, commenting on the other key text on cities of refuge and the need for multiple witnesses, Numbers 35, shows us further how all this is clearly in line with modern principles of legal justice:

The Lord gave guidelines for determining the difference between murder and manslaughter. Premeditation and intent make a death murder, whatever the kind of implement that actually causes the death (vv. 16-21). If the death is accidental, however, or the result of carelessness, then the crime is manslaughter, and the city of refuge is to provide a shelter for the person against the avenger (vv. 22-24). A proper trial must always be carried out to determine the exact circumstances of the death (v. 24), with more than one witness required before the death penalty could be imposed (v. 30).

Again, all this sounds very humane, civilised, and fully in line with the principles of justice. As to the supposed rejection of lex talionis by Jesus, see my earlier article on this: billmuehlenberg.com/2011/04/20/difficult-bible-passages-matthew-539/

So we can see quite clearly just in this one area of OT law that aspects of crime and punishment were very carefully and justly dealt with. There were no Wild West hangmen and shoot-ups going on here. Indeed, the laws were designed to prevent that very thing from happening.

Now I am certainly not seeking to pick on this one individual. There would be countless others just like him who really have no clue what the Bible teaches. And many of them would be folks who claim to be Christians, but have bought into the completely dodgy and unbiblical notion that the two Testaments are somehow worlds apart.

Justice, grace, mercy and wrath are found in equal measure in both Testaments. Jesus and the Father are one, and there is no change to be found in their fundamental nature, character and attributes. But I have written often about this before, so please check out these articles:

In sum, a lot of messy thinking about what the Bible actually says could be remedied if folks started to read it for a change, instead of pontificating on what they think it says.

10 Replies to “The Old Testament, Justice and Morality – And Fuzzy Christian Thinking”