Hmm, am I allowed to be a bit bothered by some things now and then? Am I allowed to write a whole article about these matters? Am I allowed to go on a little rant once in a while? Of course some folks might think this entire site is one long rant! Well, it is my website so I guess I can rant if I want to. Or as Lesley Gore sang in 1963, “It’s my party and I’ll cry if I want to”!

But some things are a cause of concern to me, and they are not just minor personal matters, but actually impact on bigger things such as the culture wars, the social media, and even federal elections. So if you want to know about a few of these concerns that I have, read on. 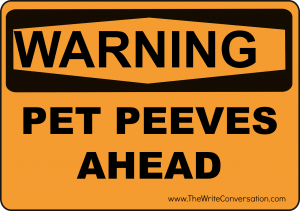 Because of what I do, I have far too many enemies and too many folks who want to do anything they can to silence me (see more on this below in Point Four), so I need to be rather cautious and discerning here. Part of how I deal with the many trolls and enemies out there is to have my settings set to ‘private’ rather than ‘public’.

If that helps to weed out some of my many haters and opponents, then it is worth doing, even though my posts may not get as wide a circulation. Related to this, I always get asked about why some of my posts cannot be shared. And I always answer in the same way:

I do not know how FB actually works – does anyone? And sometimes FB makes various changes so that what was once shareable no longer is. I have made no changes over the years. Sometimes some folks can easily share my stuff, sometimes not.

As I say, I am not going the route of having public settings. So if you cannot share a post of mine, there are still other options. A main one is to simply copy and paste. It may take a few more steps or a few more seconds, but it is really not a big deal.

And if this is still too high tech for some, you can always ask your kids or grandkids or great grandkids – they all know how to do such things! And there are other ways to share my articles, including simply clicking on the FB share button underneath each of my CultureWatch articles.

Two. Related to this is another small pet peeve of mine. And thankfully this concerns something that happens sporadically as opposed to constantly. I can always tell when we are getting close to an election: I will get a big jump in the number of friend requests.

It of course makes perfect sense for any candidate to want to have as many friends as possible. After all, more friends means more votes – at least potentially. But I notice a very common pattern here: while these folks were so keen to be my friends before the election, afterwards it is another story. Almost invariably they lose the election, and then I never hear a peep out of them.

Um, I, like most people, do not like being treated simply as a means to an end – especially someone else’s end! I do not like being used in this way. If these folks really wanted to be my friend, why didn’t they ask me long ago, and not just when they want to win an election!

Three. As mentioned, I look briefly at each friend request I get to weed out fake friends, scams, and other problematic things. On any given day there are likely countless fake friend request scammers going around. We really need to use our brains here.

We need a bit of caution and common sense. Often a lot of sleazy sexualised scam requests will come in. As I delete them, I notice the number of guys with Muslim names who have befriended these gals! And sadly I sometimes see some mutual FB friends who have done the same. That should not be, especially if you are a Christian, no matter how lonely and single you might be!

Four. This concern in part is due to the way things like Facebook prevent the great majority of your friends from seeing your posts. But still, it always amazes me somewhat how most of my 87 kazillion FB friends will never even realise that I am in FB prison again!

Hmm, how can it NOT be noticed that one moment I am posting a dozen things a day, and the next there is complete silence – and for an entire month!? I would have thought that most folks could put two and two together here, and realise I am in the slammer again, and cannot answer them or interact with them.

Yet I keep getting so many folks sending me private messages and the like on FB, asking me things, etc. Um, when you are in the FB slammer you really can’t do anything! I cannot reply to your messages and so on, so you will need to contact me in some other way.

Five. Another rather annoying thing that happens often, but especially around election time, is when someone contacts me, asking that I remove or alter comments that they have posted on my website – even many years ago. When this happens, I usually reply to them along these lines:

I get similar requests from time to time. I can alter or remove comments if need be, but I am not too thrilled with this for several reasons. First of all, it is actually quite a time-consuming job. And I don’t have heaps of free time. Nor do I have any secretarial help. To change or delete a comment means I need to manually go through 69,000 approved comments to track them down and then deal with them.

Another problem is if people have replied to that comment in a thread of comments. If so, then I need to track down their comments as well and alter or pull them. It all can get to be a rather complex and time-consuming job – one I prefer not to waste time on.

My second main concern is this: why the request? There may be some more or less legitimate reasons, such as a person applying for a rather sensitive job position, and they may fear that some old comments – if unearthed – might work against their chances of getting the position.

Or maybe someone is seeking to become Prime Minister and wants any possibly damaging comments removed. There might be something to this. And I actually do often get would-be politicians contacting me about this very thing. Just recently I have had more such cases of this.

Sometimes they are fearful about older public remarks, and sometimes their political head-honchos are urging them to delete all such past public content. I tell them that I understand such concerns, but I wonder if these folks are being overly paranoid or fearful.

The truth is no matter how much sanitisation and self-censorship a Christian and/or conservative undergoes in order to present a better public image, the left and the leftist media will still always reject them. They will always go after such folks. Nothing we do will ever satisfy them.

I recently had one guy who wanted me to delete some quite innocuous comments he had made about religion on my site. I did – reluctantly – but I told him he might as well publicly recant of ever going to church, and immediately stop all Christian activities in order not to offend anyone. Where does it all stop?

But I suspect that for many people asking me to do this, they are just hesitant about standing up and being counted in the public arena. They may be afraid, or worried about what others think, or have a fear of man. But if that is the case, guess what? Then the other side has already won. They have intimidated us into silence.

If that is the case, then we have already lost. I might as well shut down my website and turn myself in to the authorities. Now, I can understand this somewhat, since I get so much hate mail and the occasional death threats. But I have to ask, where is the courage of our convictions?

Can we not stand up unashamedly about what we have said, or have we allowed the other side to cower us, intimidate us, and effectively silence us? Why can’t we be bold in proclaiming truth, and be willing to courageously make a difference, even if it means we might take some flack, get some abuse, or get hated on by all the usual suspects?

Those are five of my concerns. I would have others. How helpful it is to vent like this every now and then is not clear. But perhaps some of what I shared above might be of some help to some people. If so, I guess this was a worthwhile exercise.