We expect those who hate God and hate God’s people to engage in all sorts of evil, and to take pleasure in doing these things. What we do not expect is when churches do the same. But sadly this happens far too often. Churches that should reflect God and his values will often run with the world and its values instead.

This site has documented many examples of this in the past and will continue to do so in the future. But let me highlight two more examples of this that have recently occurred. While these cases happen to involve the Church of England and the Catholic Church, they are not alone in this – plenty of evangelical churches can and do go off the rails in similar fashion. 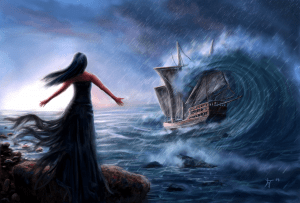 Both of these cases involve churches getting it wrong big time in areas of sexuality and the like. Instead of staying true to Scripture, these churches and church schools have simply bought into the radical sexual agendas. The first episode comes from a church in the UK. Let me offer some quotes from a lengthy report on this:

A vicar has resigned following a bitter dispute with his bishop over the way a Church of England school handled an eight-year-old pupil’s plan to change gender. The Reverend John Parker, a governor at the school, supported the boy’s wish to become a girl but said he was silenced when he raised concerns that parents and pupils would be kept in the dark. He also feared that staff and governors had been misled by the transgender lobby group Mermaids, which had been invited in to advise the school.

After his worries were dismissed by the bishop, Mr Parker quit the church where he had been a vicar for 14 years, and also the school after seven years as governor. In an emotive resignation letter to his bishop, Mr Parker wrote of his fear that children were being ‘sacrificed on the altar of trans ideology’, even in Church schools. Mr Parker said last night: ‘I was basically told by my bishop that if I wished to faithfully follow the teachings of the Bible then I was no longer welcome in the Church. It felt very much like I was being silenced by the Church and the school.’

The dispute comes amid growing controversy over the number of children now choosing to change gender. Mr Parker, 49, was told in March that an eight-year-old pupil would be transitioning from a boy to a girl at the primary school in an Essex village. The Mail on Sunday is not naming the school to protect the privacy of the pupils. He raised concerns that the school had no formal policy on how staff should deal with a child who wanted to change gender.

There was no guidance to cover matters such as whether the student would be allowed to use the girls’ toilets or share changing rooms and accommodation with female pupils during trips away. Mr Parker was equally keen to receive assurances that other pupils and parents would be told about the student’s transition so they could be prepared. He asked for evidence that the child had seen a psychologist or a medical professional to ensure that the desire to live as a girl was not being driven by the parents – but his request was dismissed.

The vicar also questioned whether any ‘pastoral provisions’ had been made for Christian parents and children who might be confused about what was going on at the school. But Mr Parker said when he put these points to the head teacher at a meeting, she dismissed them as merely being his ‘personal views’.
www.dailymail.co.uk/news/article-7070773/Vicar-resigns-schools-plan-eight-year-old-pupils-sex-change-secret-parents.html

Except for the bit about him agreeing to the transition in the first place, everything else about the vicar I quite like. He has stood up against the trans juggernaut because he is rightly concerned about the well-being of the children. And he is also rightly concerned to align himself with God and his values. But for daring to stand on biblical truth, he is now out of a job.

Incredibly, he had even attended a two-hour presentation by the Mermaids. He was staggered by the amount of false and misleading material that was presented there. The report continues:

Many of the points made in the lecture – including sections on the science of biological sex – were simply wrong, contends Mr Parker, who studied biology at Oxford. At the end of the session, which was recorded by Mr Parker, those who attended were told they could ask questions. But when the vicar politely attempted to query what he considered to be legal and scientific falsehoods, he was aggressively shut down.

‘The presentation was so full of factual inaccuracies,’ he said. ‘I am an Oxford biologist by background so I was gobsmacked by what was being said from a biological perspective. I also knew some of the legalities of the situation and knew that the whole governing body and staff were being misled.’ After gently requesting if he could pass on some literature to staff which contained ‘alternative’ factual information, he received the sharp reply from the head teacher: ‘No, I don’t think so, John. It’s training today, it’s not time to share your viewpoints.’

When he vainly tried to defend himself by saying that it was not an opinion he wanted to share but scientific facts, he was again abruptly cut off by the head teacher. The Mermaids instructor barked: ‘My job is to deliver training. I have done that. I don’t have to listen.’ The vicar was so shaken by the tense exchange that he broke down in tears afterwards. ‘From a Christian point of view, it went against everything, not just in terms of speaking the truth, but also allowing freedom of speech and freedom of discussion and disagreement.’

‘I have felt growing disquiet about the intolerance to holding different views within the Church,’ he said. ‘But when I raised my worries with bishops about the direction the Church was moving, I was told that if I didn’t accept their approach, I could leave.’ At the end of April, Mr Parker informed the primary school that he would be resigning as governor with immediate effect.

Well done John Parker for standing strong, while so many “Christians” around you have completely capitulated to the spurious and militant trans activism. You are a champion, and I hope you find a new place of employment soon – one that is true to God and Scripture.

My second example is no better, and involves some Catholic schools in Brisbane which are now pushing feminist foolishness, all in the guise of “inclusion”. Says one report:

Catholic schoolgirls are being taught that God is gender-neutral and banned from using the words ‘Lord’, ‘Father’ and ‘Son’ in prayers. A number of elite Catholic schools in Brisbane are making moves to teach their students to use inclusive language when referring to God.

Top schools including All Hallows, Stuartholme, Loreto College and Stuartholme School are leading a push towards a feminist interpretation of the Christian Bible. Students at Stuartholme School in Brisbane’s inner-city, which charges upwards of $40,000 a year, are taught to use the word ‘Godself’ instead of ‘himself’.

‘As we believe God is neither male or female, Stuartholme tries to use gender-neutral terms in prayers … so that our community deepens their understanding of who God is for them, how God reveals Godself through creation, our relationships with others and the person of Jesus,’ a spokeswoman told The Sunday Mail.

Loreto College in Coorparoo has taken the word ‘Lord’ from their prayers as it is a ‘male term’. The school’s principal Kim Wickham said prayers written for use within the college didn’t assign God a gender.
www.dailymail.co.uk/news/article-7094893/Catholic-schoolgirls-taught-God-gender-neutral.html

Good grief. ‘Godself’ instead of ‘himself’? Are these guys for real? And no more Father God and no more Jesus the Son? Really? And we gotta ditch ‘Lord’ as well? Why not just throw out the Bible entirely and grab a copy of the latest tome by some militant feminist or some radical gender bender activist?

The truth is, God already has revealed HIMself to us in HIS word. There we have the self-revelation of God: one God in three persons: Father, Son, and Holy Spirit. That is how God has chosen to reveal HIMself, and that is how we should think and speak about God – always.

As to God being neither male or female, that is true, but it is not the last word on the matter. As I wrote in an earlier piece:

How has God chosen to reveal himself to us? That is the critical issue here. And simply put, overwhelmingly in the self-revelation of God we find him being revealed in masculine terms with masculine names and with masculine imagery.

The fact is, the names for God as found in both the Old and the New Testaments are all masculine in gender. Significantly, God is never addressed as Mother in Scripture. A constant theme is the fatherhood of God, and – in the NT – the sonship of Christ.

In addition to all the passages referring to God’s various roles or activities in male terminology (king, warrior, groom, prince, priest, etc), there are plenty of passages that clearly refer to him as a father….

All up we have hundreds of times in the Bible where God is mentioned with masculine names and with masculine pronouns. That is how God chose to reveal himself to us, and we should take this seriously. But it is also true that we sometimes have feminine imagery used in the Bible to describe God….

So God can be seen as having feminine characteristics at times, but overwhelmingly the masculine presentation is given us. As I said, God as such is genderless, but when he wants to convey real information about who he is, the masculine is the predominant theme.
billmuehlenberg.com/2015/10/29/god-and-gender/

All that these trendy churchians in Brisbane have done is say ‘no’ to God and his self-revelation, and say ‘yes’ to every silly, trendy new fad the world has to offer us. If that is what they prefer doing, fine, but then they need to stop pretending they are somehow being faithful to God and HIS word.

We must pray that our churches and church schools stay true to the living God and his authoritative word, and not simply side with every dumb activist cause that rolls along. Staying onside with God always means saying no to the world.

And it means steadfastly resisting the new sexual sirens. Lord have mercy on your people.