The Israel Folau story seems to be never ending. But that is because it deals with some of the most important things there are, including the place of religious liberty in an increasingly secular and hostile society. This is NOT just about Israel Folau. It is about all of us. If they silence Folau today, you and I will be next – guaranteed.

Kurt Mahlburg helps explain the lie of the land here: 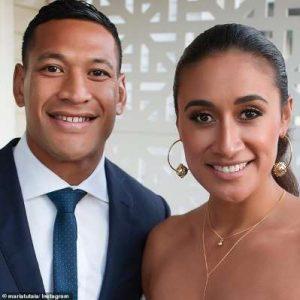 In reality, it’s Israel Folau who is the underdog. He has been from the beginning. He’s lost his career and his only source of income. He’s been banned from both codes of the sport he loves, despite his spotless moral character. He’s faced a relentless and coordinated public smear campaign. On top of all this, he’s facing millions of dollars in legal fees. The stand he’s taking isn’t merely for his career. He seeks to set an important legal precedent for religious freedom in Australia at a time when this freedom is worryingly unprotected….

As the saga continues to unfold, some think they’re taking the moral high ground by opposing Folau. Even Christians are swallowing the spin that Israel Folau is the bully, and someone else—anyone else—is the underdog. His haters say he should sell one of his properties to fund his legal fees. I wonder if they’d be happy to do the same if they’d already had their career and reputation stripped from them? Let common sense prevail. Let the quiet Australians decide who the underdog really is.
blog.canberradeclaration.org.au/2019/06/22/israel-folau-and-the-fight-for-underdog-status/

This is a David versus Goliath battle and it centres on faith and freedom. As such we should all be greatly concerned about it. Sadly however some who should know better are either keeping a low profile or washing their hands of it altogether. For example, our Christian Prime Minister Scott Morrison has glibly said this story is already taking too much oxygen.

Sorry, but it is a vitally important matter. And earth calling Scott: Jesus made it clear that a vital test of real discipleship is when believers stand up for and support other believers who are being persecuted and suffering. Thankfully however some concerned politicians did weigh into the matter.

And Senator Mark Latham said this: “Corporate power sacked Israel Folau from playing rugby and now corporate power won’t even let him raise money to defend himself in court. The greatest threat to our freedoms is from excessive use of corporate power and spiteful revenge of Left-wing identity politics – both on display with Folau.”

The double standard and double speak exhibited in their vacuous yet corrosive virtue signalling exercises needs to be stopped and highlights the urgent need for protection for free speech and religious freedom. You don’t have to believe in the individual or the cause to support a person’s right to say something or test their rights on the basis of existing legislation. To discriminate against and exclude someone in the name of inclusion and tolerance highlights both the lack of principle involved and the arrogance of the PC brigade.

It is great to see so many leaders coming out in support of Folau, faith and freedom. But while we have even non-Christian politicians rallying to the cause, sadly we have some carnal and clueless Christians still attacking Folau. Hmm, with friends like these….

If there is one thing that has absolutely made my blood boil, it is all these fake Christians who have been so very happy to relentlessly attack Folau – and in public as well. Of course we expect some of the big-cheese apostates to get into the attack, such as perennial heretic Father Rod Bower of the Anglican Church in Gosford, NSW.

He has been pushing rainbow ideology for years now and is fully unrepentant as he proudly does so. His latest idiotic outdoor sign message says this: “LGBT friends: Folau is wrong. Don’t listen to him.”
www.sbs.com.au/topics/sexuality/agenda/article/2019/06/18/church-standing-lgbtiq-community-and-speaking-out-against-israel-folau

We of course expect this diabolical rot from folks like him. And the lamestream media is giving him a dream run, featuring him constantly, with no hard questions asked. No surprises there: the world always loves its own. Bower will one day face the music.

But there are so many other folks who claim to be Christians who can be equally alarming as they seek the moral high ground. Indeed, you gotta love all these pseudo-Christians who are attacking Folau. They are likely the first to scream, “You can’t judge anyone!”

Yet they have appointed themselves to be Folau’s judge, jury and executioner. They seem to know everything about what is in his heart, and every single thing about his finances and how he uses his earnings. They are quite godlike in these abilities. With “Christians” like these doing their ugly demolition job, who needs angry atheists? But I think Jesus had a few things to say about such deplorable Pharisees.

So many of these clueless wonders have parroted the world’s mantra about he is wealthy enough, and he is just being greedy. Um, wakey, wakey folks. As I keep saying, the issue here has absolutely nothing to do with how wealthy Folau might be.

This is all about religious freedom and Christian solidarity. It is not just an attack on Folau’s free speech alone but on yours and mine. If you were fired from your job for being a Christian, you would appreciate it if others voluntarily helped you with legal costs as well. Those folks who are donating to him know full well that today Folau is in the crosshairs, and tomorrow they will be as well.

And I even had a ‘Christian’ attacking Folau for taking money from non-Christians and using a non-Christian funding site. He claimed God would never operate this way, and he cannot get glory this way. Good grief. Has this guy ever actually read his Bible?

In my reply I said: Oh, so you believe that ancient Israel was wrong to take the spoils of Egypt when they left there? And all at the command of God? (See Exodus 12:36.) God was fully glorified when that happened, so why can’t he be glorified here? There is nothing at all wrong if all sorts of people – including non-Christians – contribute voluntarily to him. Even pagans know that freedom is worth fighting for and supporting.

But let me finish with some good news. GoFundMe may have pulled Folau’s campaign, but last night the ACL announced that they have started a new fund-raiser for him. And it is doing great, having already raised nearly $600,000 in just 12 hours!

They will very quickly outstrip the $750,000 that was raised in three days on GayFundMe. And many folks have said that they will double the money they first sent in via the secular site. Ha! Another classic case of Satanic overreach. He comes in trying to stop the work of God, and it simply backfires on him.