The masses are awaking from their slumber. They are mad, and they are not going to take it anymore. They have had a gutful of political correctness and the fascist radical left which is always overreaching and always trampling on their faith and freedom. They want the swamp drained, and they want it drained now.

And we have seen plenty of indications of this in the West of late. Just think Trump, and Brexit, and the Morrison miracle win. And now the Israel Folau case is just skyrocketing, as ordinary Australians are getting fed up with the secular left and their war on everything they value and believe in. 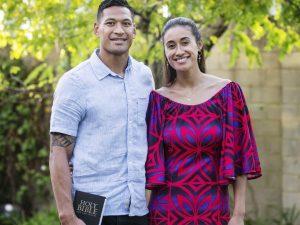 The pulling of the GoFundMe campaign for Folau was the last straw for many. And we have the perfect illustration of this late Monday night with the Australian Christian Lobby putting up their own funding campaign for the rugby star and devout Christian.

And check this out: they managed to raise over $750,000 in a mere 15 hours. That is over $800 per minute! It took three days for that amount to be raised on the GayFundMe site. Many folks who had given to the secular site promised to double their giving, and that seems to be happening – big time.

This is just another clear indication that ordinary citizens are absolutely fed up with the radical leftist agendas being crammed down their throats. They have had enough, and they know it is time to start resisting all this tyranny and insanity.

Despite the legion of critics – including those compromised and cowardly Christians – the funding campaign is vitally important. I gave to the Folau campaign because religious freedom is at risk. Tomorrow you and I will likely need such funding. That is how bad things are getting.

And as I am typing this, the amount has raced to well over $800,000. By the time this piece is posted for another hour or so it will have hit the one million mark. This is people power in action. The militant left may have most of the media on its side, much of government and the bureaucracy, most of the funding, and all the other institutions of power and influence on their side.

But at the end of the day they do not have the numbers. They are always a small handful who have never garnered majority support. They are a radical minority that makes a lot of noise, fooling folks into thinking they are many. And there is one more thing they do not have on their side – and this makes all the difference in the world.

They do not have the one true, living God. As they rail in hatred against God, they simply dig their graves even deeper. It is as I just read again in Psalm 2. It is well worth posting the entire psalm here:

Why do the nations conspire
and the peoples plot in vain?
The kings of the earth rise up
and the rulers band together
against the Lord and against his anointed, saying,
“Let us break their chains
and throw off their shackles.”
The One enthroned in heaven laughs;
the Lord scoffs at them.
He rebukes them in his anger
and terrifies them in his wrath, saying,
“I have installed my king
on Zion, my holy mountain.”
I will proclaim the Lord’s decree:
He said to me, “You are my son;
today I have become your father.
Ask me,
and I will make the nations your inheritance,
the ends of the earth your possession.
You will break them with a rod of iron;
you will dash them to pieces like pottery.”
Therefore, you kings, be wise;
be warned, you rulers of the earth.
Serve the Lord with fear
and celebrate his rule with trembling.
Kiss his son, or he will be angry
and your way will lead to your destruction,
for his wrath can flare up in a moment.
Blessed are all who take refuge in him.

God laughs at the God-haters. And one day soon he will unleash his just wrath on those who have shaken their fists in defiance of God Almighty. Simply read about the horrible things described in the book of Revelation to see how all this pans out.

Satan always overplays his hand, and God always gets the last laugh! Satan thought he won at Calvary, but it was his biggest nightmare. He thought he won with GoFundMe, but it again backfired on him big time. The money is now pouring in, and hopefully Folau will be able to take that diabolical Rugby Australia to court and right some wrongs.

A big thanks to all of you who have contributed so far. Tomorrow it may be you and I who need such funding, so we need to stand as one here. And keep praying for Israel and Maria Folau. They have been going through the wringer with all this ugly anti-Christian bigotry and persecution.

They have stood strong so far, and will need to continue to do so. So pray without ceasing for these brave Christian warriors. And please donate here: www.acl.org.au/donate_izzy