Increasingly our options are being lessened as more and more companies and businesses push ungodly agendas:

I had recently started an article on how Western Christians are to respond to the increased persecution, anti-Christian bigotry, and the ever-darkening times we live in. I had penned other pieces on this, but it seemed that as the days grow more resistant to faith, freedom and family, the issue deserved further attention.

But it is the current Chick-fil-A issue that has made all this even more relevant and urgent. See my earlier write-up from today on this concerning matter: billmuehlenberg.com/2019/11/20/chick-fil-a-christianity-and-compromise/ 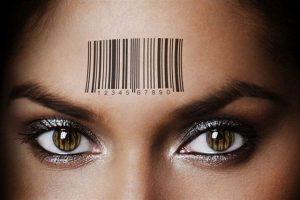 If they have indeed caved to the activists, then we may reconsider where we buy our next chicken dinner from. And yes, one can live – and live well – without ever eating any chicken – whether from CFA or not. But we all must eat something at least. And the point of this article is that in almost every major area of life, we are losing our options and choices.

If we want to continue to buy goods and services, or patronise various businesses and companies, the concerned Christian is finding fewer and fewer outlets that they can happily do business with. More and more are engaging in activities which are at best, questionable, and at worst, sinful.

Part of this article springs from a lively debate on the social media a few days ago that I was involved in. I let it be known that I had recently flown Qantas to get to some interstate speaking engagements. I even used a photo of a Qantas jet painted with rainbow colours.

Many folks said they would never fly with them, and some seemed upset that I had. I tried to remind these folks that unfortunately Australia really only has two major domestic carriers – and they are both equally bad when it comes to non-Christian or even anti-Christian agendas.

So where does that leave someone like me, who is called by God to frequently speak around the country – and overseas as well? Do I ditch flying altogether and buy a horse? Or walk? Some folks suggested I use a train or bus or car. But even here there are obvious limitations.

I really do not have time to take a trip somewhere over several days that would simply be several hours when flying. And as more and more car manufacturers and petrol stations hop on board various radical, immoral and anti-Christian agendas, what are we left with?

I am simply left with using airlines I prefer not to use. There are so many other areas like this as well: almost all our companies, banks, businesses, insurance companies, corporate giants, and so on are deep into secular left activism. What do we do if we want to be ‘uncontaminated’ from all the evil that they are involved in?

Of course one option is simply to head for the hills. You can live in a cave, grow your own vegies, and hope that a self-sustaining lifestyle is viable and doable for you. But the truth is, for most folks that likely is NOT viable and doable.

Another problem arises. If all concerned believers move into caves or forests, what happens to our Christian witness? We are supposed to be salt and light in a dark and needy world. We are supposed to share the gospel with the lost. If we simply look after No. 1 in order to be pure and free of the world, we will then have no impact on the world.

Sure, there may well be a time and a place for some such withdrawal. That of course was the theme of Rod Dreher’s 2017 book, The Benedict Option. I discussed that volume and three other similar recent books here: billmuehlenberg.com/2017/06/11/strangers-strange-land-christianity-contemporary-culture/

But the reality is, we need to get real here – things are getting more and more precarious for believers in the West today. Sure, we can live without chicken, or chicken fast-food outlets. But we can’t live without food. And as more and more food producers and manufacturers hop on board various trendy lefty causes – often quite inimical to Christian values – then we keep losing options.

For example a few months ago I discussed the objectionable television ad proudly featuring homosexual characters put out by Australian food giant McCain. See my piece here on this and other companies: billmuehlenberg.com/2019/07/30/it-is-time-we-start-resisting/

OK, so believers can boycott them – as they should. But what happens when more and more food companies and businesses also go down the tubes? Again, alternatives and options become fewer. So maybe a vegie garden in the back yard IS the way to go.

The same thing comes up with me and others having to fly a lot. As I mentioned, options are limited. But what happens if God calls you to speak all over the place as part of your ministry? Cancel all the talks to stay “pure”? Or simply make do with a bad situation? Try to choose the lesser of evils?

These are very real and urgent questions. I do not have all the answers by any means. But I am insisting that we think long and hard about such matters – starting now. After all, we do have some rather scary words found in the book of Revelation about these issues. Consider Rev. 13:15-17:

The second beast was given power to give breath to the image of the first beast, so that the image could speak and cause all who refused to worship the image to be killed. It also forced all people, great and small, rich and poor, free and slave, to receive a mark on their right hands or on their foreheads, so that they could not buy or sell unless they had the mark, which is the name of the beast or the number of its name.

I wrote about this passage in an earlier piece: billmuehlenberg.com/2015/09/19/babylon-its-fall-and-the-mark-of-the-beast/

How and when these things will come to pass I cannot say. But it sure seems like Christians are slowly but surely heading in those directions. Our buying options are being reduced all the time – whether with goods or services. So far it is not too bad. But it WILL get worse, that much we can count on.

These are serious issues. I already said I do not have all the answers here. But I encourage all Christians to be in prayerful consideration about such matters. Today it may just be Chick-fil-A or McCain foods, or Bonds underwear (see their atrocious new ads here: www.news.com.au/lifestyle/fashion/people/bonds-fans-defend-major-retailer-after-it-copped-backlash-over-christmas-ad/news-story/4a6f5420699e2bcab442acaf7e7d1741 )

Oh, and while you’re at it, please contact Bonds and let them know that you will not be buying their products anymore; www.bonds.com.au/helphub/other.html

But things will get worse. Whatever believers decide to do about these sorts of issues, prepare for a much more difficult ride in the days ahead.

28 Replies to “On Christians, Chicken, and Living in Caves”