You must read about “A Gay Man’s Incredible Story of Redemption”:

Becket Cook had it all: friends, fame and fortune. The young American had a great, well-paid career as a production designer which allowed him to travel the world and hobnob with Hollywood elites and pop stars such as Nicole Kidman, Paris Hilton, Kate Perry, and Oprah Winfrey. He was also fully committed to the homosexual lifestyle. But all that was to eventually change – radically.

Cook grew up in a large Catholic family, but various things contributed to his loss of faith and his embrace of homosexuality. He did not have a close relationship with his father; he came upon pornography at age eight; and he was sexually molested by a friend’s father at age ten. That molestation “enormously impacted” his sexuality, although he says that not all kids who are sexually abused wind up being homosexual. 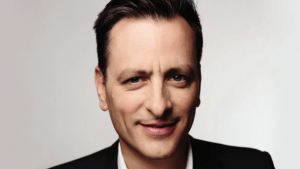 From this time on he became more and more attracted to those of the same-sex. He and another guy went to their first homosexual nightclub while just 15, and the lifestyle kept growing steadily. He went through various male lovers during this period, while also going through high school and college.

Higher education did not help his faith: he “entered college a vague theist and left a staunch atheist.” He turned from a pre-med course to his real love for the creative arts, leaving conservative Dallas for the swinging Los Angeles. He attended gay pride marches there and in New York, San Francisco, etc.

He soon got his dream job as a set designer and lived a glamorous life, travelling around the world and hanging around with the rich and famous. “But lurking underneath all this, deep in the recesses of my mind and heart, was a longing that had yet to be satisfied.” He even went to a psychotherapist to get some help. But that did not answer the questions nor deal with the hole in his soul. He still felt “an intense sense of emptiness.”

He became a Christian just over ten years ago. The story of his actual conversion is quite fascinating, and a real testimony to God’s amazing grace. He was having brunch and a coffee with his boyfriend in a spiffy LA restaurant when they noticed a youngish stranger with a book on the Bible (a commentary on Romans).

They chatted with him, asking him questions about religion – even about homosexuality. Cook said he had a strange respect for a guy who stuck to his guns and had the courage to stand by his beliefs. He asked them if they wanted to go to his church in Hollywood.

Cook did go, and to his surprise, the guy with the commentary was the pastor of the church. He was preaching on Romans. Everything he said seemed to speak directly to Cook. This was a different message from what he assumed religion was all about – man trying to please God. When an invitation was given at the end, he eventually came down the aisle to be prayed for. And a profound conversion occurred then and there:

He went home and still was overwhelmed by God’s presence. And just as amazing, he realised right away that his homosexual relationships had to come to an end. Says Cook: “A person simply does not have an encounter with Jesus and remain the same.”

As a new believer, he soaked up everything about God and the Bible. He read all that he could find, including great Christian authors like Augustine, Bunyan and Bonhoeffer. He read all of the works of C. S. Lewis. He went to Talbot Theological School from 2014 to 2017.

He has since gone on to share his powerful testimony throughout the world. The remainder of his book deals with plenty of questions about Christianity, discipleship, and homosexuality. While he says that folks do not choose their homosexual desires, he makes it clear that there is no clear and simple genetic basis for homosexuality, and that various factors are involved.

Indeed, as he states: “I am certain that homosexual desire is not what God intended for my life. It’s just one of many symptoms of the fall. . . . God did not create me gay. . . . God created sex to be enjoyed within the context of covenantal marriage between a man and a woman.”

He goes on to say: “I don’t identify with that old lifestyle anymore. . . . Homosexuality is a sin.” It is great to see him coming out so strongly in line with biblical teaching here. Some ex-homosexuals equivocate too much on these matters, or compromise too much. But Cook stands strong on biblical truth.

In fact, he speaks about this major problem: folks who were once seemingly strong Christians who have renounced the faith and taken up the homosexual lifestyle. They sell their birthright for sex: they choose their desire to satiate their appetites over standing on the amazing promises of God.

These folks are running with the radical theological revisionism that pro-homosexual ‘Christians’ are peddling. “Christians today are buying this lie hook, line and sinker,” ignoring the many clear biblical warnings about the dangers of deception. They blaspheme the way of truth as they follow their sensuality, as 2 Peter 2:1-2 states.

Cook has been trained well in his faith. He is under no illusions as to what radical Christian discipleship looks like:

Exactly. He goes on to say this:

Satan wants nothing more than for us to give in on the issue of homosexuality, because then he can keep more and more people in darkness. He’s thrilled that so many Christians have already caved to the pressures of society regarding this issue. . . . As Christians, we must be willing to go into the fiery furnace rather than compromise God’s Word on the issue of homosexuality.

Amen brother. He also gives practical help to those struggling in this area, including help to parents who have children who come out of the closet. He makes it clear that we must love those involved with all this. But he is also clear that homosexuality is “incompatible with Christianity.”

As to the matter of all sins being the same, he says this: “Yes, it is the same in that all sin is an offense to God, from stealing to murder to greed. But no, there is a difference (and it’s no small difference) in that homosexuality has become an identity, not just a sin.”

All up this is a terrific book: it is a wonderful story of God’s grace reaching into the life of a sinner. But it is also a clarion call to stay true to God and to Scripture, and to stand for biblical absolutes in an age of relativism and immorality. God bless you Becket Cook.

For those wanting to see a brief video of him discussing his incredible journey, see this: www.youtube.com/watch?v=y-guOxT1kak&fbclid=IwAR3u4n_5ZZcO1ROjISjwLzUnK59geAzSO-CJpS10kZ-M1WdBv5bfaHnkMbM&app=desktop

(Australians can find this book at the various Koorong stores, and at Reformers Bookshop in Sydney.)

13 Replies to “A Review of A Change of Affection. By Becket Cook.”