Christians can have some quite muddled thinking on things like “social justice”:

Having just been chided by a ‘Christian socialist’ on another page on this site (she seemed quite perturbed that Corbyn and Labour were soundly rejected in the UK), it is worth again looking at some of the issues that arise here. That socialism is an utterly failed ideology – both in theory and in practice – should by now be obvious to all.

And that biblical Christians should want nothing to do with it should also be obvious. I have written often on such matters. See a few pieces here: billmuehlenberg.com/2017/11/12/socialism-social-justice-church/ 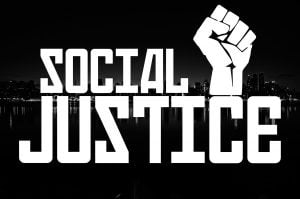 I will not revisit what is found in those articles, but will instead draw upon some new – and not so new – works that further address these themes. One very recent article examines “Socialism’s Unbroken Trail of Failure”. John Eidson writes:

Having left an unbroken trail of failure in its wake, socialism is doomed to fail wherever it’s tried, because it is in eternal mortal conflict with the basic human instinct that those who work hard, pursue advanced education, employ their ingenuity, or risk their capital have an inborn expectation to do significantly better than those who don’t.  As 18th century Scottish economist Adam Smith put it, “it is not from the benevolence of the butcher, the brewer, or the baker that we expect our dinner, but from their regard to their own self-interest.”  Stated differently, every socialist who works for a living does so not out of altruistic instincts, but to feather his own financial nest.  That, too, will never change.

He looks at various myths, including the idea that socialism is simply about fairness and equality:

One of the most chilling commands in The Communist Manifesto is this: “The theory of communism can be summed up in one sentence: Abolish all private property.” In socialist countries, the only people who own high-value assets are the socialist rulers and their loyal cronies. Because there is little upward mobility under socialism, socialist societies are characterized by two economic levels: a small, immensely wealthy ruling elite at the top, and at the bottom, the low-income masses forced to obey the dictates of their socialist masters. A large and prosperous middle class like what we have in America does not exist in countries with single-party socialist rule. Those who doubt that need only ask people who have lived in such places. www.americanthinker.com/articles/2019/12/socialisms_unbroken_trail_of_failure.html

A year ago Julie Roys offered “Five Reasons Socialism Is Not Christian”. Here is one of her points:

3. Socialism Endorses Stealing
Barack Obama once defended his socialist policies to a little girl by saying, “We’ve got to make sure that people who have more money help the people who have less money. If you had a whole pizza, and your friend had no pizza, would you give him a slice?”

That sounds pretty Christian, right? What Christian wouldn’t endorse sharing your abundance with someone who has nothing? However, Obama wasn’t endorsing people voluntarily sharing their wealth with others; he was endorsing the government forcibly taking a piece of the pie from one person and giving it to someone else. Put another way, that’s saying that if you have three cars and your neighbor has none, the government has a right to take your car and give it to your neighbor. That’s not Christian; that’s stealing!

But, socialists don’t believe in private property. And, some Christian socialists actually assert that the Bible doesn’t either. That’s preposterous.

Both the Old Testament and New Testament unequivocally affirm private property. We can’t even obey the eighth commandment to not steal, unless we accept the notion of private ownership. Nor, can we steward our money as the Bible commands if the state owns our money, not us. So, for an economic and political system to be Christian, it must protect private ownership and allow individuals freedom to allocate their resources according to their conscience. www.orthodoxytoday.org/blog/2018/12/five-reasons-socialism-is-not-christian/

The social justice crowd is keen to run with such government confiscation of wealth, pretending it is somehow compassionate and Christian. Not really. In his very significant 1983 volume, Idols for Destruction, Herbert Schlossberg speaks about a society that has

institutionalized envy and uses the term social justice to describe a system of legalized theft. That should alert us to the cant in the old fraud that property rights can somehow be separated from human rights and are inferior to them. There are no societies that are cavalier toward property rights but which safeguard human rights. The state that lays its hand on your purse will lay it on your person. Both are the acts of a government that despises transcendent law. Those who think they will replace the competition of capitalism with the cooperation of socialism know nothing of either.

He goes on to discuss Christian socialists and their various theological and economic shortcomings. He notes how these folks undermine key theological principles as they push pragmatic concerns. In this discussion he has a quote in a footnote from the Austrian-British philosopher and economist Friedrich Hayek (1899-1992).

That short quote sparked my interest, so I ran to one of my bookshelves, found the volumes in question, blew off the dust, and reread the relevant portions. I refer to his hugely important 3-volume work, Law, Legislation and Liberty (University of Chicago press, 1973, 1976, 1979). In vol. 2 he has a helpful chapter on social or distributive justice. He is worth quoting from at length:

The appeal to ‘social justice’ has nevertheless by now become the most widely used and most effective argument in political discussion. Almost every claim for government action on behalf of particular groups is advanced in its name…

The expression of course described from the beginning the aspirations which were at the heart of socialism. Although classical socialism has usually been defined by its demand for the socialization of the means of production, this was for it chiefly a means thought to be essential in order to bring about a ‘just’ distribution of wealth; and since socialists have later discovered that this redistribution could in a great measure, and against less resistance, be brought about by taxation (and government services financed by it), and have in practice often shelved their earlier demands, the realization of ‘social justice’ has become their chief promise. It might indeed be said that the main difference between the order of society at which classical liberalism aimed and the sort of society into which it is now being transformed is that the former was governed by principles of just individual conduct while the new society is to satisfy the demands for ‘social justice’ – or, in other words, that the former demanded just action by the individuals while the latter more and more places the duty of justice on authorities with power to command people what to do.

The phrase social justice could exercise this effect because it has gradually been taken over from the socialist not only by all the other political movements but also by most teachers and preachers of morality. It seems in particular to have been embraced by a large section of the clergy of all Christian denominations, who, while increasingly losing their faith in a supernatural revelation, appear to have sought a refuge and consolation in a new ‘social’ religion which substitutes a temporal for a celestial promise of justice, and who hope that they can thus continue their striving to do good. The Roman Catholic church especially has made the aim of ‘social justice’ part of its official doctrine; but the ministers of most Christian denominations appear to vie with each other with such offers of more mundane aims – which also seem to provide the chief foundation for renewed ecumenical efforts….

What we have to deal with in the case of ‘social justice’ is simply a quasi-religious superstition of the kind which we should respectfully leave in peace so long as it merely makes those happy who hold it, but which we must fight when it becomes the pretext of coercing other men. And the prevailing belief in ‘social justice’ is at present probably the gravest threat to most other values of a free civilization.

Obviously much more needs to be said about all this. And even people like Hayek have acknowledged that there certainly is a place for a safety net in society. As he said a bit later in the chapter: “There is no reason why in a free society government should not assure to all protection against severe deprivation in the form of assured minimum income, or a floor below which nobody need to descend.”

And since I mentioned Catholicism, one could also offer much more discussion on that. Let me point out just one very useful resource to take this further. In 2015 noted Catholic social thinker and free market proponent Michael Novak penned a key volume, Social Justice Isn’t What You Think It Is. Those so inclined might consider getting a hold of that book.

But suffice it to say that there is far too much moral and mental sloppiness when it comes to things like social justice and socialism. And those calling themselves Christians can often be the most guilty of doing this. But I close with two further quotes.

In 1979 Hayek said this to a Sydney audience: “To discover the meaning of what is called ‘social justice’ has been one of my chief preoccupations for more than 10 years. I have failed in this endeavour — or rather, have reached the conclusion that, with reference to society of free men, the phrase has no meaning whatever.”

And in 2011 Thomas Sowell wrote in Intellectuals and Society:

Among the many arguments without arguments, none is more persuasive or more powerful than that of what is called “social justice.” Yet it is a term with no real definition, even though it is a term that has been in use for more than a century. All justice is inherently social, since someone on a desert island cannot be either just or unjust. What seems to be implied by adding the word ‘social’ to the concept of justice is that justice is to be established among groups, rather than just individuals. But this collectivizing of justice does little to make the concept of social justice any clearer.

15 Replies to “Socialism, Social Justice, and the Churches”