Another celeb thinks she is a theologian and wants to ‘correct’ our views:

And it was also Jesus who said the following: “Why do you call me, ‘Lord, Lord,’ and do not do what I say?” (Luke 6:46). And if those two passages are not enough to shake us out of our lethargy and to shatter our delusions, then consider one more, this one from Matthew 7:21-23: 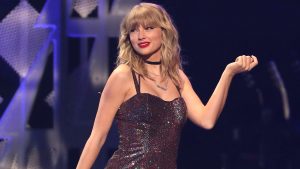 “Not everyone who says to me, ‘Lord, Lord,’ will enter the kingdom of heaven, but only the one who does the will of my Father who is in heaven. Many will say to me on that day, ‘Lord, Lord, did we not prophesy in your name and in your name drive out demons and in your name perform many miracles?’ Then I will tell them plainly, ‘I never knew you. Away from me, you evildoers!’”

The reality of fake Christians is an exceedingly important one. How many millions of people have convinced themselves that they are Christians when they are not? How many people go around claiming to be Christians yet routinely stand against everything Jesus and Scripture stand for?

In addition to countless individuals who fall into this camp, there are plenty of very public personas that are also doing this. Indeed, it seems that there is a never-ending stream of these celebs who claim to be Christians while pushing every anti-Christian agenda item out there.

And the two key indicators of their talk not matching their walk, of their profession of faith not lining up with what God has to say about these issues, involve their views on abortion and homosexuality. When you hear people claiming to be real deal Christians, yet proudly promote baby killing and the homosexual agenda, we have every right to ask some hard questions.

I have dealt with a number of these folks over the years. For example, a year ago Lady Gaga tore into some genuine Christians, Mike and Karen Pence, claiming that her version of the faith was to be embraced, not theirs. And the defining issue was – you guessed it – homosexuality. I discussed it here at the time: billmuehlenberg.com/2019/01/22/gaga-pence-and-christianity/

But many others can be mentioned. One recent case involves the American pop star Taylor Swift. Of late the 30-year-old singer has been passing herself off as yet another Christian who has come to set the record straight on these hot potato issues.

She now sees it as her mission to correct 4000 years of Judeo-Christian teaching on these matters, and to bring us up into the 21st century. Thus she has been seeking to make the case as to why Christianity in particular is just thrilled with things like abortion and homosexuality.

As to the latter issue, consider a few article segments:

It did not take long for her to make up for lost time. So active and eager has she been to push the homosexual agenda, that she was even given an award for it:

The LGBTQ advocacy organization’s president and CEO Sarah Kate Ellis announced that the group will honor Swift with this year’s GLAAD Vanguard Award. In a statement, Ellis said, “From boldly standing up against anti-LGBTQ elected officials to shining attention on the urgent need to protect LGBTQ people from discrimination through the Equality Act, Taylor Swift proudly uses her unique ability to influence pop culture to promote LGBTQ acceptance.” www.vulture.com/2020/01/taylor-swift-glaad-vanguard-award.html

And she tries to say it is because she is a Christian that she has taken these stands:

The new Netflix documentary “Miss Americana” features pop star Taylor Swift touting her shift to politics, and it takes a left turn when she tries to define what Christians believe to match her own progressive ideas. In the aftermath of President Trump’s election, Swift has not only been speaking out about political candidates, she’s even been using her music to promote a pro-LGBT agenda. For example, Swift’s rainbow-clad music video last year for her single, “You Need to Calm Down,” is an ode to the LGBTQ community and takes jabs at those who disagree with the lifestyle.

Now one excerpt from the Netflix film “Miss Americana” highlights how Swift has been breaking away from her earlier apolitical image to become someone with a heart for politics, tying it to her brand of religion. One clip from the film shows Swift trying to explain what led her to speak out on her political beliefs, particularly her endorsement of Democrat Phil Bredesen in the 2018 Senate race against pro-life Republican Marsha Blackburn. “This was a situation where, from a humanity perspective and from what my moral compass was telling me I needed to do, I knew I was right, and I really didn’t care about repercussions,” Swift said.

The excerpt depicts Swift arguing with her parents and publicist over whether to post social media messages regarding her entry into politics and the backlash it may cause. Swift goes on to describe her disgust with Blackburn’s Bible-based policies and Christian beliefs. “I can’t see another commercial and see Marsha Blackburn disguising these policies behind the words ‘Tennessee Christian values’. Those aren’t Tennessee Christian values. I live in Tennessee. I’m a Christian. That’s not what we stand for.” www1.cbn.com/cbnnews/entertainment/2020/february/pro-lgbt-pro-choice-taylor-swift-says-her-brand-of-christianity-is-the-real-christianity

And she made clear her pro-abortion views last year in an interview: “The Guardian met Swift as Tennessee lawmakers were voting to impose a near-total ban on abortion in the state. ‘Obviously, I’m pro-choice,’ Swift said on the matter. “I just can’t believe this is happening.’ She pledged to ‘do everything I can for 2020’.” www.theguardian.com/music/2019/aug/23/taylor-swift-trump-thinks-his-presidency-autocracy

There you have it, folks: the gospel according to a very young Ms Swift. She is here to straighten out our faulty beliefs. Jews for 4000 years and Christians for 2000 years have simply got things wrong here, and this budding theologian is here to set the record straight. And how very thankful we all are for these new revelations.

As is always the case in these sad situations, we need to keep people like this in prayer. If she persists in this shaking of her fist at God, telling him he is wrong, and that she is right, she will very swiftly and easily indeed slide into a lost eternity. She needs to learn that it is her Creator and Judge who gets to decide what is right and wrong, true and false, and not some young upstart.

She needs to renounce her own humanist agendas and surrender her life to Christ. Otherwise she is just another celeb who is on the highway to hell, as one rock song put it. Otherwise she is on the broad road that leads to destruction, as Jesus put it. Please keep her in your prayers.

8 Replies to “The Sad, Swift Road To Destruction”