Most Western Christians are oblivious to the spiritual realities all around us:

We all have varying levels of vision. Some folks are born blind, and never get to see anything – they can only go by the descriptions of others. And some may be born with other eye ailments. I have always had poor eyesight, so early on I had to get glasses. And then, in my late teens, for nearly a year I went without any glasses, so when I did get them again it was quite amazing to once more see clearly.

And even more recently as my eyes continued to deteriorate, including cataracts, I underwent laser eye surgery which again restored my sight to something close to normal, and I was once more amazed to see things so much better than I had previously. And on top of all that, I am partially colour blind. 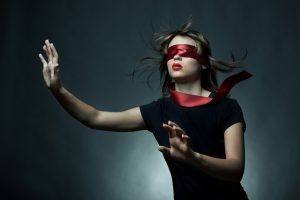 Imagine those who are fully colour blind – they are missing out on so much of the real world. But if you were born with this condition, you would not know any difference. You would think everyone sees the world this way. So we all can have some limitations in terms of our physical eyesight.

I raise these matters to make a spiritual point: there is more to reality than just the physical. The natural is supplemented by the supernatural. The physical is also part of the metaphysical. Christians of course recognise both realms, but my point here is this: far too many Christians live and act as if only the natural world exists.

They have little sense of the supernatural. Sure, they mentally and theologically affirm the reality of God, angels and spiritual reality. But too often they live as if only the physical world exists. They are basically blind to the supernatural.

I say all this for two main reasons. One, in my morning reading I again read about the story of Balaam’s donkey. We read about this in Numbers 22:21-41. You would know the story: three times Balaam wants to get his donkey to move, but three times the animal refuses.

Finally the spiritual blindness of Balaam is addressed by God, as we read in v. 31: “Then the Lord opened Balaam’s eyes, and he saw the angel of the Lord standing in the road with his sword drawn. So he bowed low and fell facedown.” Balaam’s ass had more spiritual awareness and perception than he did!

Of course this is just one of many episodes and stories found in the Bible about various supernatural forces – both good and ill. Let me offer just one more similar Old Testament passage, 2 Kings 6:15-17:

When the servant of the man of God got up and went out early the next morning, an army with horses and chariots had surrounded the city. “Oh no, my lord! What shall we do?” the servant asked. “Don’t be afraid,” the prophet answered. “Those who are with us are more than those who are with them.” And Elisha prayed, “Open his eyes, Lord, so that he may see.” Then the Lord opened the servant’s eyes, and he looked and saw the hills full of horses and chariots of fire all around Elisha.

And consider just one New Testament passage along these lines – Hebrews 13:2: “Do not forget to show hospitality to strangers, for by so doing some people have shown hospitality to angels without knowing it.” The supernatural is all around us, but we so seldom are even aware of this.

Too seldom are we cognisant of the spiritual realm, whether the angelic, the demonic, or simply God himself. We all need to have our spiritual eyes opened. Here in the West especially we need to be reminded that spiritual realities are very much all around us, and therefore having spiritual discernment and engaging in spiritual warfare is part of the normal Christian life.

A very clear illustration of this comes from my recent time in Africa. Here in the West we have lengthy and massive intellectual debates about things like homosexuality and the like. When we engage with these folks, we are oh so polite and civil, and try to prevent doing or saying anything that might offend or upset anyone.

But in places like Africa where the reality of the supernatural is just as real as the natural – if not more so – they don’t spend years having nice little discussions. The Christians ask the person they are witnessing to and ministering to if they can lay hands on them and pray, and if so, then the spiritual warfare begins.

Many of these folks are gloriously delivered, freed from their destructive and dark lifestyles, set free in the mighty name of Jesus by the power of the Holy Spirit. Would that we saw real-deal Christianity like this in action in the West like we do overseas.

In fact, how often do you think the New Testament speaks about power? I just took a quick look and was amazed at how often the word is used. Here are just a few examples of so many:

Mark 12:24 Jesus replied, “Are you not in error because you do not know the Scriptures or the power of God?”

Luke 4:36 All the people were amazed and said to each other, “What words these are! With authority and power he gives orders to impure spirits and they come out!”

Luke 24:49 “I am going to send you what my Father has promised; but stay in the city until you have been clothed with power from on high.”

Acts 1:8 “But you will receive power when the Holy Spirit comes on you; and you will be my witnesses in Jerusalem, and in all Judea and Samaria, and to the ends of the earth.”

1 Corinthians 4:20 For the kingdom of God is not a matter of talk but of power.

I will need to do a further article or two on this in the near future. But I mentioned that there were two reasons why I am writing this article. The second has to do with a number of books I am now reading by an American biblical scholar, Michael Heiser.

He and his books will also have to be the stuff of future articles, but I can briefly mention a few things here. He has been writing a lot on an area not often discussed in theological circles. I refer to the whole matter of the “divine council” as found in Psalm 82:1 (ESV), or the “great assembly” (NIV), or the “the congregation of the mighty” (NKJV).

Other texts include Psalm 89:5-7 where we read about “the council of the holy ones” (ESV) and Daniel 7:10 where we learn about the “court”. Who and what these spiritual beings are, and how they feature throughout the biblical storyline is at the heart of his numerous books on these matters.

His PhD was done on this subject, and two books appeared in 2015 from Lexham Press with the gist of his research. The fuller 400-page treatment is found in The Unseen Realm: Recovering the Supernatural Worldview of the Bible. A shorter, more popular level treatment is found in the 170-page book, Supernatural: What the Bible Teaches About the Unseen World – and Why It Matters.

Other books by him have appeared on these themes, including two more recent ones:

–Demons: What the Bible Really Says About the Powers of Darkness. Lexham Press, 2020.

As mentioned, I will need to do other articles on these volumes in the days ahead. But you might be interested to grab a volume or two of these books and take a look for yourself.

I conclude this piece by repeating what I have said earlier: we all have blind spots, and we all tend to have spiritual myopia. We believers are quite adept at looking at, assessing and interacting with the physical world, with the natural world.

But as Christians we need to be far more in tune with the spiritual world. The power that Jesus spoke about so often is fully at our disposal. We certainly will need every bit of it if we expect to stand – and stand strong – in the days ahead as things get even darker and more malevolent.

(Australians will find most of the books mentioned here at Koorong: www.koorong.com/ )

13 Replies to “The Need For Improved Spiritual Vision”