Full-blown apostasy is among us, with homosexuality leading the way:

Here are three things that you should have heard repeatedly: One, the Bible often warns about the dangers of apostasy, of falling away. Two, Scripture and church history both attest to the fact that the church is sabotaged from within as much as from without. Three, I have constantly said that Christians embracing homosexuality is a key indication of apostasy.

As to the third point, I just penned a piece saying that things like abortion and homosexuality are key litmus tests – we can assess a church or a Christian in good measure by what they do with these two moral matters. You can find that article here: billmuehlenberg.com/2020/02/20/culture-wars-and-christian-litmus-tests/ 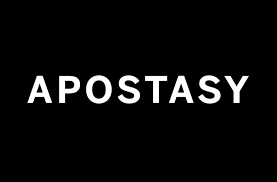 I have written on both of these vital ethical issues hundreds of times now – in books and in articles. And I have demonstrated how countless believers and churches have already crashed and burned as they promote these things. So many have been utterly snookered by the enemy into believing these things are just peachy, and that a follower of Jesus can somehow be involved in both. They are of course fully deceived, and they are sadly dragging so many others down with them.

Consider the threat of homosexuality: I have been seeking to alert the churches about this for well over 30 years now – but such warnings have too often fallen on deaf ears. I of course have not been alone in sounding the alarm on these matters: plenty of Christian leaders have been warning about this for decades now.

For example, ex-homosexual Joe Dallas has written at least ten books on the topic – most of which I have. His first book on this was Desires in Conflict (Harvest House, 1991). Near the end of that important volume he said this:

“The debate over homosexuality and the Bible – specifically, whether or not the Bible condemns homosexual acts in all cases – will do no less than rip the body of Christ apart within the next decade. It will force believers to declare, in black and white terms, where they stand on issues of sexuality and biblical interpretation.”

He certainly got that right. The churches are indeed being ripped apart by the homosexual tsunami. One church after another, one church leader after another, and one Christian after another, is falling for the lies of the enemy. So many are now rejecting biblical truth on this issue and embracing the world’s agendas.

I have documented far too many cases of this over the years. Consider one of the more recent examples of this in the US. Traditionally charismatic and Pentecostal churches have tended to stand strong on this issue while firmly emphasising holiness and the like.

But an Assemblies of God church in Texas has fully gone over to the dark side on this. One recent article on the church says this in part:

I’ve attended Assemblies of God churches at various times throughout my life, and I have so appreciated their devotion to holiness and classic, historic, biblical Christianity. I was stunned to hear about an Assemblies of God church in Texas making the decision to fully embrace homosexuality, without apology, becoming what is known as an inclusive church.

Eikon Church in Kyle, Texas, led by Pastors Dan and Kelly Matlock has sadly, tragically been duped by modern, cultural arguments and is now fully affirming. On an interior page on their website, suggested resources are provided, including a podcast titled “How to Be a Girl Podcast: A Christian Family’s Story of Raising Their Trans Child,” a book titled God and the Gay Christian by Matthew Vines, a glossary of LGBTQ+ terms and much more. www.charismamag.com/life/culture/44432-former-ag-church-in-texas-falls-for-deception-fully-embraces-homosexuality

Of course there is nothing new here. Entire denominations have been caving in on this issue over the years, and plenty of noted Christian leaders have fallen for this as well. All this is a clear indication of the apostasy that is warned about so frequently and so seriously in Scripture.

One year ago Shane Idleman wrote a piece on these matters entitled, “The Gay Divide Is Taking Out Churches; Is Yours Next?” In it he makes five main points. Let me share just two of them with you:

1. The definition of love is misunderstood. To truly “love” others, we must first love God and His truth; that’s the foundation (see Matt. 22:36-40). Does loving someone mean we approve of their lifestyle? Or does it mean we love them enough to share the truth? If a person is more worried about being liked than being truthful, do they really love those caught in sin more than those who are willing to speak the truth in love? The answer is obvious: Authentic Christians love the truth and others to the degree that they are willing to risk the consequences of confrontation in order to help others. This is genuine love, not hatred. The greatest gift parents can give to their children is love and truth rather than reinforcing a destructive lifestyle.

4. Who’s influencing your decision: Hollywood or the Holy Spirit? Our beliefs should reflect God’s heart rather than the world’s influence. The world will know we are Christians by our love for one another and by our obedience, not by how well we imitate the world around us. Oswald Chambers once noted that a sinner, who is now saved by grace, “proves he is forgiven by being the opposite of who he was.”

Carnal Christians give God “His due,” a few hours on Sunday. The things of the world are exciting, and the things of God are dull. The love of this world and the praise of men have drawn a large section of Christendom away from God, hence the divide. A carnal Christian does not pray and seek the heart of God. A deep prayer life exposes facades and crushes hypocrisy. Carnality also destroys spiritual power and hinders the infilling of the Spirit. In short, everything God calls us to be is compromised, including a skewed view of sexual purity. www.charismanews.com/opinion/74789-the-gay-divide-is-taking-out-churches-is-yours-next

Finally, back in 2017 Mark Hitchcock and Jeff Kinley wrote a book called The Coming Apostasy (Tyndale Momentum). Early on they say this:

Apostates are those who profess faith but rebel or fall away from it. They never possessed Christ and eternal life but simply professed faith. Apostates are consistently characterized by two things in the New Testament: false doctrine and ungodly living. Apostates believe wrong and behave wrong. “They profess to know God, but by their deeds they deny Him” [Titus 1:16]. Apostates are the fifth column within the visible church.

Needless to say, they have an entire chapter devoted to homosexuality. In it they offer “three main reasons why homosexual behaviour is a watershed issue related to apostasy”:

First, in a unique way, this sin is contrary to nature and rubs against the grain of God’s created order. Three times in Romans 1 Paul emphasizes that homosexual sin is contrary to nature or unnatural. With this sin, a line is crossed that is different from other sins. A divinely appointed barrier is breached. Romans 1:27 seems to make that clear … In this one verse homosexuality is called unnatural, indecent, error, and bringing a due penalty….

The second reason homosexual behavior is a watershed issue for culture and the church—a bright red line—is that until very recently, belief that homosexual behaviour is wrong was pervasive…. Almost no one, including even the most hardened unbelievers, considered homosexual behavior acceptable. The avalanche in the last twenty years that has culminated in the nationwide legality of same-sex marriage has been nothing short of breathtaking. The radical redefining of marriage goes to the heart of humanity and society. The first human institution God created was marriage. Changing its definition means that nothing is sacred – nothing is off limits. Everything is up for grabs.

Third, more and more professing Christians are capitulating to the culture and accepting same-sex relationships….

Much more can be said about this, but let me close with some words by the Apostle Paul uttered two millennia ago. It is obvious that they are absolutely fitting in the year 2020:

In the presence of God and of Christ Jesus, who will judge the living and the dead, and in view of his appearing and his kingdom, I give you this charge: Preach the word; be prepared in season and out of season; correct, rebuke and encourage—with great patience and careful instruction. For the time will come when people will not put up with sound doctrine. Instead, to suit their own desires, they will gather around them a great number of teachers to say what their itching ears want to hear. They will turn their ears away from the truth and turn aside to myths. [2 Timothy 4:1-4]

27 Replies to “The Church, Apostasy and Homosexuality”