Is the rule of law being weakened during this crisis?

One thing that distinguishes free and democratic societies from thuggish dictatorships is the rule of law. This means, among other things, that the law applies equally to the ruled and the rulers. We all are under the law. There are no privileged individuals. The law and its administration should be impartial and apply equally to everyone.

It also means things like laws being clearly defined, stated and explained, so that people know what their obligations are. It also includes steering clear of things like arbitrary arrests and the like. In a police state you can be picked up by the authorities at any time for any reason, and you will often never learn what crime it is you are supposed to have committed. 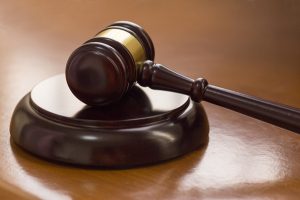 Because the rule of law acts as a bulwark against statism and unbridled government power, it is often referred to as “a government of laws, not of men.” It is no surprise then that as the rule of law breaks down, the rise of tyranny accelerates. And this can easily happen during times of national emergency.

The current corona crisis is a perfect case in point. All around the Western world we see governments coming up with all sorts of new restrictions, guidelines, clampdowns and lockdowns. Far too often they are far too nebulous, unclear, ad hoc, and made on the fly. That leaves the citizenry confused and unsure of what they can and cannot do.

Thus all the ludicrous arrests and fines that are occurring and that I have been keeping so busy documenting. Ordinary folks are living in fear, never knowing if what they are doing will result in the heavy hand of the law coming down on them like a tonne of bricks.

As I have already said, I could easily do a new article each day just offering the latest mind-blowing cases of government overkill and over-the-top policing. But let me just briefly mention a few more shockers. Many would have heard about the ludicrous $1632 fine issued to some poor old soul in Dictator Dan’s totalist state:

“A Victorian man has slammed rules designed to stem the spread of coronavirus after he was fined more than $1,600 for washing his car. He said he was the only customer at the carwash in Hoppers Crossing on Thursday morning when police pulled in.” 7news.com.au/lifestyle/health-wellbeing/coronavirus-rules-slammed-after-man-was-fined-1652-for-washing-his-car-c-969113

Thankfully – and again due to a public outcry – the police had to back down and withdraw the fine. Let me offer another inane case, this time from the US: “Church members get $500 tickets for sitting in their vehicles with windows closed during radio service in church parking lot.” www.theblaze.com/news/church-members-get-500-tickets-for-sitting-in-their-vehicles-with-windows-closed-during-radio-service-in-church-parking-lot

And this one also from America is absolutely bizarre: “At least 32 Los Angeles police officers broke up a gathering of more than 30 people celebrating a girl’s first birthday. The officers, brandishing batons and bean bag guns, were responding to a report of a violation of coronavirus social-distancing orders. Video of the incident Saturday evening in Hyde Park shows a line of officers breaking up the party.”

The rule of law is getting rather shaky indeed in so many places. And as if all that is not bad enough, most of these governments are NOT offering us a sunset clause. They are not giving us the slightest indication of when these austere measures will come to an end – IF they will come to an end.

The simple truth is this: the longer these rather over-the-top lockdowns and shutdowns take place, the more the general population will start to rebel, rising up in anger and impatience at the seemingly arbitrary and irrational way the authorities are dealing with things.

And you can blame them? For most hard-working people who have already lost their jobs and their small businesses, and are being forced to stay in their very humble dwellings, they can only take it for so long. And while I am at it, let me say a quick word about some of those less than helpful TV ads being shown everywhere.

You know the ones: they feature a bunch of useless celebs and actors who would not know what hardship and deprivation look like if it bit them on the bottom. They are lecturing us that we all must submit like sheeple and just stay home and suck it up. “We are all in this together” is their lousy mantra.

Yeah right – as if. I am getting really sick and tired of all these bozos claiming we are all in the same boat. Um, no: they of course are in their 20-room mansions, their yachts, and their villas on the beach. Their lockdown is a whole lot easier to handle than mine and yours!

BTW, someone on the social media sent me this terrific short video. It is a MUST watch about these num num celebs preaching to us about living in lockdown. It is a real hoot: www.youtube.com/watch?v=rVYwPTE8B8g&fbclid=IwAR1XStvYS9ecrSCR6YWyCDL49lpS9egJRQd3-1TmKmcACIl6GK3XZ13hxyQ

Anyway, back to the declining rule of law. We also have the problem of “Do as I say, not what I do” with too many of these big cheeses. Recall the NSW politician caught out driving back and forth to his holiday home while the rest of us peons are being forced to stay in lockdown, or risk being cuffed by overzealous police: 7news.com.au/news/health/nsw-mp-staying-at-holiday-house-report-c-965529

Soon enough the masses are going to rise up shouting “Enough is enough – we’re not going to take it anymore.” All these arbitrary regulations, nebulous guidelines, and police state tactics are getting to be too much. As I have said from day one, yes there is a place for government intervention and some restrictions on liberties in a time of crisis.

But when the rule of law starts to break down and we see the double standards of so many on display, the populace WILL eventually crack and start to take matters into their own hands. So our leaders really better wake up and wake up soon.

I am not alone in such thoughts. Janet Albrechtsen has just penned a piece on this that is worth quoting from. She begins:

This week there were big black police cars marked Public Order and Riot Squad cruising around the quiet suburb where I live. It was 10.30 in the morning. There were barely any other cars on the road and no sign of any public disorder, let alone a riot.

There were seven rangers in my park the day before, more than the number of people exercising, or walking, or looking for a ray of sunshine. On the same day, a tiny bay — not a beach, and not far away from me — was locked up with 2m-high fencing so surfers couldn’t find refuge in the waves. Like the riot squad, the rangers and the men putting up fencing were all just doing what they were told to do by superiors.

Which is the same as the Morrison government. They keep telling us they are doing what their superiors, a panel of scientists, are telling them to do. Closing down businesses, large gatherings, sport, church services, culling funerals and weddings, curbing gatherings to two people, unless you are with family or friends you live with.

Two people? It wasn’t so long ago that governments were making room in their ministries for ministers for social isolation. Now, our governments are forcing the country into strict isolation, under threat of jail.

After only two weeks of this, many people are asking whether we are in a corner with no discernible way out. These sentiments are serious. They will get more serious in another week, two weeks, in another month. Talk of putting the country into “hibernation” for six months seems ridiculous. Can it really work?

We are told there is “no magic” to the highly hypothetical modelling released this week. It is guesswork then? If it is not guesswork, please entrust us with meaningful information that we can use to judge whether the cure is worse than the disease.

There is not going to be a “snap back” to normality — that is the stuff of dreams. It is more silly ­language that must stop. But please, Prime Minister, take us into your confidence, trust us by telling us what you are watching to plan for recovery, so we can watch for the same metrics. There is a need for some meaningful light and hope for a country swathed in darkness, uncertainty and fear.

Trust is a two-way street. If you trust us with a way out, we might trust you. We will also have some hope, some light at the end of this tunnel. Not trusting us is surely the road to civil disobedience. It’s only been two weeks and people are getting tetchy, itchy, restless. Has the government factored this in? Have they worked out what might be the tipping point for when we disobey and hop over fences? www.theaustralian.com.au/inquirer/coronavirus-charting-a-way-out-of-this-crippling-pollyanna-world/news-story/cfd6913dfc2c5c7e082b7e8d398d0075

Yes governments need to make hard decisions, and many of our leaders are trying their best. Many are doing good jobs – more or less. But many are not as helpful. Many seem to be making things worse. And if their actions mean that the rule of law is weakened, then we are all in big trouble.

5 Replies to “Corona and the Rule of Law”