What the Bible has to say about fools is quite relevant for today:

But I can already hear the critics chirping; ‘Now Bill, you should stop being so harsh in your commentary!’ No, I am actually being fully biblical here. Scripture constantly speaks about fools, the foolish, folly, and related themes. We are repeatedly warned about staying away from fools, not becoming fools, not following fools, not succumbing to folly and foolishness, and so on. 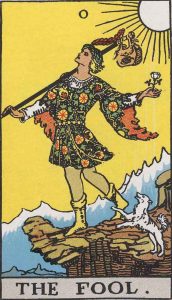 This is a major theme of Scripture, and it is certainly found quite a bit in the Wisdom literature. Thus we have a lot of talk about this in Ecclesiastes and the Psalms. It is especially prominent in the book of Proverbs. If you simply do a search of the related terms based on “fool” in an online Bible, you will get these results: it is used 175 times in the ESV; 182 times in the NIV; and 189 times in the KJV.

And if we use other English words based on the various Hebrew terms (eg., the scoffer, the senseless, the simple, the gullible, the mocker, etc), the numbers become even greater. As mentioned, the words are found numerous times in Proverbs, so I will mainly deal with that Old Testament book.

Most of the book’s 31 chapters deal with fools and folly. Chapter 10 for example often uses such terms. And every single one of the first 12 verses of chapter 26 use these terms. Let me offer just a few verses, and then offer some general commentary on fools and folly.

Proverbs 1:7 The fear of the Lord is the beginning of knowledge; fools despise wisdom and instruction.

Proverbs 1:22 How long, O simple ones, will you love being simple? How long will scoffers delight in their scoffing and fools hate knowledge?

Proverbs 10:8 The wise of heart will receive commandments, but a babbling fool will come to ruin.

Proverbs 13:16 In everything the prudent acts with knowledge, but a fool flaunts his folly.

Proverbs 13:20 Whoever walks with the wise becomes wise, but the companion of fools will suffer harm.

Proverbs 14:1 The wisest of women builds her house, but folly with her own hands tears it down.

Proverbs 15:21 Folly is a joy to him who lacks sense, but a man of understanding walks straight ahead.

Proverbs 17:7 Eloquent lips are unsuited to a godless fool— how much worse lying lips to a ruler!

Proverbs 18:2 A fool takes no pleasure in understanding, but only in expressing his opinion.

Proverbs 18:6-7 A fool’s lips walk into a fight, and his mouth invites a beating. A fool’s mouth is his ruin, and his lips are a snare to his soul.

Proverbs 18:13 If one gives an answer before he hears, it is his folly and shame.

Proverbs 26:11 Like a dog that returns to his vomit is a fool who repeats his folly.

Proverbs 28:26 Whoever trusts in his own mind is a fool, but he who walks in wisdom will be delivered.

Proverbs 29:9 If a wise man has an argument with a fool, the fool only rages and laughs, and there is no quiet.

Proverbs 29:11 A fool gives full vent to his spirit, but a wise man quietly holds it back.

These are just some of the many passages that could have been shared here. But let me offer some commentary on what these verses are speaking about. The first thing to point out is this: it is important to bear in mind that the Bible’s condemnation of fools relates not just to their mental state, but to their moral condition.

Fools are not just num nums and dummies, in other words, but they are morally bankrupt as well. David Hubbard, commenting on Proverbs 1, puts it this way: fools “are those who choose against God’s way, disrupt society, shame their families, and bear dreadful consequences.”

Let me pause here and say this: does not such a description seem to describe what we see everywhere in the West today, especially the screaming mobs rioting, looting and burning down our cities? He continues, “Their basic lack is not intelligence quotient, educational opportunity, or positive examples. They are not so much stupid as wicked.”

His excellent commentary on Ch. 10 is worth quoting from at length:

Our conduct, whether wise or foolish, has ultimate consequences. That is the major theme of Proverbs, and notably of 10:1-22:16. The largest single category in this section —about 75 of the 375 sayings—is comprised of sayings which deal with the weal of wisdom and the woe of folly without giving specific counsel on the types of actions that separate the wise from the foolish. These proverbs assume an inevitable cause-and-effect relationship between human behavior and its outcome. The Lord has rigged the universe for righteousness. To go his way prompts reward. To go against it leads to failure….

The importance of choice is highlighted first in the freedom to make sound decisions which Israel’s wise always assumed. Neither wisdom nor folly was a predetermined, inevitable choice for them. No one was predestined to either. Each human being had the opportunity and obligation to make that choice personally….

Foolish choosing as Proverbs sees it may be more than stupid; it may be downright malicious with harm (“evil”) not welfare (“peace”). . . . Wisdom and folly are at bottom religious not secular terms in Proverbs. The best way to demonstrate this is in the very frequent use of righteousness and wickedness as synonyms for wisdom and folly….

Righteousness and wickedness, then, together with wisdom and folly, their counterparts, are not so much specific acts performed under the pressure of immediate decision as they are patterns of life, permanent boxing of the compass or setting of the sail. Faithfulness is a disposition more than a deed….

In hundreds of different ways, the proverbs say it: Our choices in life are important. We have freedom to make them. Our primary choice is faithfulness, our unqualified declaration of loyalty to God, His will, His Word, His ways, His work; from that choice all other choices stem. We make pivotal decisions best in a context of fellowship, where we measure their impact on others and seek the help of seasoned friends to protect ourselves and them from nearsightedness and subjectivity.

Or as Bruce Waltke writes in the introduction to his commentary:

There are massive differences between individuals, but there are often enough commonalities to allow for categorizations such as wise and fools (10:1, 5). Proverbs divides humanity into two classes: the wise and righteous over against fools and the wicked. These wisdom and ethical terms are correlative, for though they do not mean the same thing they have the same referent. Both are also correlative with other ethical terms such as “good,” “upright,” “blameless,” or “understanding” versus “wicked,” “bad,” “crooked,” and the like, because these terms reveal common features and syntagmatic relationships, and the corresponding expressions have similar connotations. . . . These ethical terms imply the fool’s moral culpability, not his lack of intelligence.

And in her book on the Wisdom texts, Elaine Phillips says this in her chapter on how character matters:

Just as wisdom is bound together with knowledge, discretion, discipline, prudence, and understanding, so the righteous person embodies these qualities – and they matter. Our choices – all of them – have life-altering consequences. Put another way, righteousness is living out day by day the wisdom we so earnestly seek, and the truth we claim to believe. Those who are righteous hate what is false (13:5), and they act in accordance with that mindset. There are benefits. The one who chooses to be righteous is assured of life and delivered from death (10:2).

the righteous person enjoys a solid measure of stability, peace of mind, and meaningful existence. There are not only assurances for whatever the future may hold; those who are righteous also have a sense of wholeness in the present…. That is not all. Righteousness has communal consequences….

By contrast, what passes for “kindness” in the wicked person’s system is akin to cruelty (12;10). As we might expect, the comprehensive effects of evil, particularly of wicked words, are destructive. Godless persons destroy their neighbors with their evil speaking (11:9); even a village can be ruined by the mouth of the wicked (11:11)….

In sum, the Lord loves those who pursue what is right (15:9b). Active seekers after righteousness and loving-kindness will find life, righteousness, and honor (21;21). . . . According to these proverbs, it is a no-brainer that righteousness is the only choice that makes any sense, especially since the fear of the Lord adds days to one’s life, while the years of the wicked are cut off (10:27).

As I said at the outset, we are surrounded by fools. And they are just what the Bible says about them: not just a bit slow, or a bit stupid, but they are morally perverse, and their bad choices can only have real bad consequences. No wonder the world is in such a mess today: we are overrun by fools and folly.

One final word: a few Christians might be thinking at this point about the words of Christ in which he warns us about calling others ‘fools’. Well, I have looked at that passage in some detail already, so please have a read of this if you are interested: billmuehlenberg.com/2015/07/07/difficult-bible-passages-matthew-522-2/