Yes conspiracy theories exist, but there are also very real dangers out there:

I may need to explain the first part of my title to some folks. It refers to conspiracy theories. As one online site puts it: “A tin foil hat is a hat made from one or more sheets of aluminium foil, or a piece of conventional headgear lined with foil, often worn in the belief or hope that it shields the brain from threats such as electromagnetic fields, mind control, and mind reading.”

Let me say this at the outset: there are such things as conspiracy theories, and we must be careful not to fall afoul of them. But I will likely disappoint some readers when I say this: I am not here going to make a list of what are and are not conspiracy theories. Sorry to disappoint. 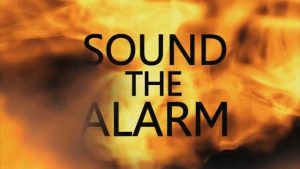 However, I do briefly want to discuss the nature of them. A conspiracy theory often involves making things up as one seeks to expose secret plots and sinister cabals, etc. Critical thinking on the other hand involves dealing with real threats by real people and exposing their real words, plans and actions.

Of course, one person’s critical thinking is another person’s conspiracy theory – and vice versa. So getting any sort of widespread agreement here on these matters will be doomed to fail. All I can do is offer what I happen to think is legitimate critical thinking. And one thing that greatly concerns me of late has been subject to much controversy.

I refer to what I have been writing a lot about lately – something I consider to be very real, and a very real threat: the Great Reset. You can see one of my earlier pieces on this here: billmuehlenberg.com/2020/11/13/the-great-reset-and-the-rise-of-the-radical-technocrats/

As I seek to demonstrate in those articles, this is definitely NOT some conspiracy theory – even though leftist media outlets like the New York Times try to tell us it is. As seen in my pieces, simply quoting from the actual words of these folks is proof enough – and scary enough. These guys are out there, and they ARE promoting this to the hilt.

Yet what has especially bothered me is the fact that plenty of clueless and deceived ‘Christians’ are quite happy to attack me and others, accusing us of fear-mongering and making things up. They think we are way over the top, we are just alarmists, and we should just relax.

What they are really trying to tell us is this: ‘Sit down and shut up you fools – we really do not want to hear you talking about this stuff.’ They are obviously just shooting the messenger here. And they prefer to keep their heads buried in the sand.

This has often been the reaction to those who seek to warn others. Things were rather similar last century. There were some brave voices – including Christian voices – that tried to warn everyone about the rise of tyranny in Germany in the 1930s. They could see the dangers that lay ahead, and they did all they could to sound the alarm.

Sadly however, most folks either ignored them or turned on them. So they too experienced the same sort of criticisms, rebukes and attacks. They too were accused of pushing panic, telling porkies, and fearmongering. But speaking truth and alerting others to very real dangers and threats is of course NOT pushing fear and panic.

But some rather clueless and hyper-spiritual types will go on and on about how we are not to live in fear. But these folks are being disingenuous here, even duplicitous. While they claim we are wallowing in fear, in reality it is they who are.

When we very rightly share our concerns about statism, draconian lockdowns, the erosions of our freedoms, and the socialist assault on the West – all very valid and documentable concerns indeed – it is these folks who are cowering in abject fear: fear of the Rona.

They are so utterly paralysed by all the panic-porn dished out to us by politicians and the mainstream media that they actually believe that allowing Big Government to take away all our liberties in exchange for some ‘safety’ is entirely worth it.

They will happily bunker down in their homes for as long as their masters tell them to. They will happily wear masks the rest of their lives if that is what the “experts” are telling them. They will do whatever the State demands of them, be it mandatory vaccines or embracing the purge of contrary points of view.

The desire to create the perfect one world system, and replace faith, family and freedom with a coercive utopia, is now fully realisable as those pushing things like the Great Reset pair this with abject alarmism and hyper-hysteria about corona and climate. The masses will do anything their overlords will tell them if they are afraid enough and panicked enough.

We are seeing this everywhere in the West, most recently in South Australia, where a handful of new corona cases has led to the most idiotic and fascist overreaction perhaps yet seen. Now everyone must stay in their homes for six solid days, with not even exercise or dog-walking allowed. The entire state population will be imprisoned by order of a Liberal government no less!

Never mind that these very few cases are all contained in quite localised areas – everyone, even hundreds of miles away, must be locked up. So now we have this new horror word: “cluster”. We can have a dozen people said to have a virus that for the overwhelming majority will be mild, and yet power-hungry dictators will lock down entire states.

As Craig Kelly said, this is “Peak Madness.” He said today in a post online: “Sydney had an outbreak at the Crossroads Hotel, larger than the current one in South Australia and didn’t lockdown the state, and successfully managed it.” www.health.nsw.gov.au/news/Pages/20200724_00.aspx

These power-drunk politicians are out of control. These mini-tyrants really are despicable. And the masses who support them are not much better. Indeed, the number of clueless sheeple who fully support these mind-boggling lockdown measures is quite shocking. They have been so well indoctrinated that they have lost all ability to think, to reason, and to ask questions.

They fully submit to any and every loony dictate from their masters. If the leaders of these states and their un-elected and unaccountable health “experts” demanded of the entire populace that wearing fully protective space suits was now required to keep them safe, I fear that the great majority would go right along with all this.

When the masses have gotten so bad and are in such a stupor that they are unable to think for themselves, and will simply buy everything Big Brother tells them, then you know we are nearing the end of freedom and democracy, and tyranny will prevail. And all of this is running on the back of panic-mongering and alarmism.

Of course I have been warning about this for most of the year now. When we couple the Great Reset with what has already happened, we find here the perfect storm of totalitarian control. And since so much of the populace and almost all of our leaders and media are running with this madness, the only hope I have left is with the few fearless voices who continue to speak out and resist.

Folks like Alan Jones of Sky News is one of them. He has been slamming all this for months. And last night he had a ripper of a segment on these matters, including the SA lunacy. As part of his talk he featured a clip from the 1976 film Network. In it we have the main character on live network news delivering a stirring monologue, which contains these famous words: “I’m as mad as hell, and I’m not going to take this anymore.”

The fictional character urged his viewers to do and say the same. Thankfully – at least in the film – they did take his advice, and they rose up and spoke out. Would that he had such bold resistance here. You can see a brief clip from the film here (pardon some strong language): www.youtube.com/watch?v=MRuS3dxKK9U&fbclid=IwAR0MJxFchqQImqk94r-uHhkM8ynunTP8O9qhXP2qsK8eCvTZiWnXzjjQcp0

Please watch and share it. He is one of the few voices of reason left in this country.

In sum, here is some truth you can bank on: the real conspiracy theorists are those who are pretending that the wholesale erosion of our freedoms and the clear rise of Leviathan are just not happening. They most certainly are happening.

And if we all do not wake up real soon and start speaking out, it will only be a matter of time before it is too late to do so. Who will join me in sounding the alarm? Who will be a watchman on the wall? Who will say, ‘we are not going to take this anymore’?

14 Replies to “On Tin Foil Hats and Sounding the Alarm”