The media and tech giants are posing a very real threat to freedom and democracy:

Outfits like Google and YouTube and Twitter and Facebook are terrific on so many levels, and have been a massive help to millions of people. But when they become political partisans that effectively limit the free flow of facts and information, and can even help twist the outcome of national elections, then you know we have some really big problems here. 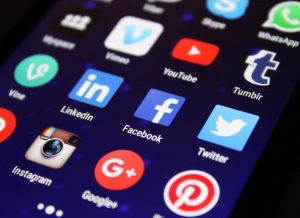 Simply put, these tech and media giants have massive monopoly power and global reach that is simply unprecedented. There is more power and influence in these outfits than in most countries. If they were fair and even-handed in terms of their political views and those of others, that would be one thing.

But they are not. Big Tech and Big Media are cheerily and flagrantly censoring content by those on the right, are using biased “fact-checking,” and are clearly working overtime to demonise conservatives in general and Trump in particular.

If these groups were official publishers, they would have the right to offer editorial bias. But they are not, so under US law, they cannot operate in such a biased fashion. And the seriousness of all this has generated plenty of discussion, both in the US and overseas.

Let me offer one example of this. The other night a leftist guest on Paul Murray’s Sky News show tried to pin him down by saying that just as Fox News is a private business, so too are groups like Facebook and Twitter. So if Fox can have a conservative bias if it wants, so too can these tech giants.

While I understand that one cannot always respond on the spur of the moment as best as one can, Murray nonetheless did not give the obvious response. And that is this: these tech giants are basically monopolies, while Fox News is not. It is just one player in a large field of media companies. And most of the mainstream media is fully captured by the far left. So Fox is one voice up against many.

But Facebook, Twitter, Google, YouTube, etc., are all basically monopolies. They all control well over 90 per cent of the market in their various fields – some perhaps 98 to 99 percent. I would have to look it up, but I am pretty sure, for example, that the various alternatives to Facebook make up perhaps 1 or 2 per cent of the total market.

OK, I just did a quick check. Facebook seems to have over 2.7 billion active users. A new, up-and-coming conservative alternative, Parler, has around 4 million active users. So how is your math? I think we can certainly say that Facebook is about as good a monopoly as you are going to get.

So these groups have almost total monopoly powers. And they are more than just a business or service, but almost a public utility. Just as the telephone companies some decades ago were viewed as a public utility because basically everyone needed and wanted a phone, so too now with these tech services.

And when you have such a monopolistic stranglehold, then you pose a real threat to a democratic society. If almost all of our social media giants, search engines and the like are all skewed to the left (as even US Senate committee hearings are now looking into), and can radically distort information concerning national elections, then democracy itself is put at great risk.

Free and fair elections are a fundamental component of any democracy. Massive restrictions on information and its flow by our media giants seriously subvert such elections. As Tucker Carlson rightly said, “Google and Facebook are far greater threats to our system than Russia has ever been, and we need to fix that immediately.”

It is so bad that this week the head honchos of some of these giants faced another US Senate hearing. Ted Cruz was especially good in grilling these guys. As one report states:

“Today was a rough day for big tech,” he said. “Between Facebook, Twitter and then Google, which is really the 800-pound gorilla, we have enormous concentration of power. And I think they collectively pose the single greatest threat we have to free speech in this country.”

Cruz explained that big tech companies have become increasingly more “brazen” in their censoring of content they disagree with. This especially applies to Twitter, he said, since a few weeks ago the platform used its power to ban the New York Post for 12 days. finance.yahoo.com/news/ted-cruz-facebook-twitter-google-033633756.html

And another report covers this exchange:

Texas Sen. Ted Cruz called out Twitter CEO Jack Dorsey during a contentious exchange surrounding voter fraud and the platform’s censorship of material related to that subject. “Does voter fraud exist?” the Republican asked Dorsey, to which Dorsey responded, “I don’t know for certain.” “Are you an expert on voter fraud?” Cruz responded. “No, I’m not,” Dorsey said. “Well, why, then, is Twitter right now putting purported warnings on virtually any statement about voter fraud?” Cruz continued.

“We’re simply linking to a broader conversation so that people have more information,” Dorsey told Cruz about the warning labels that have been placed on tweets about voter fraud, including tweets from President Trump. “No, you’re not,” Cruz responded. “You put up a page that says, ‘Voter fraud of any kind is exceedingly rare in the United States.’ That’s not linking to a broader conversation. That’s taking a disputed policy position, and you’re a publisher when you’re doing that.” www.washingtonexaminer.com/news/ted-cruz-slams-twitter-ceo-over-censorship-of-voter-fraud-tweets-are-you-an-expert-on-voter-fraud

I mentioned above essential services and public utilities such as phone companies. Prior to 1982, AT&T, also known as the Bell System, had established a phone service monopoly in North America. But this was found to be in violation of anti-trust laws, so the phone giant was broken up into smaller, localised companies (‘Baby Bells’).

The question arises as to whether the monopoly powers enjoyed by these tech and media giants might need similar action as well. Even a Democrat senator like Elizabeth Warren proposed this very thing last year in a presidential debate: www.theguardian.com/us-news/2019/oct/19/elizabeth-warren-facebook-break-up

Again, if these platforms were just offering people a place to post pictures of their cats or what they had for breakfast, it would be no big deal – they could keep doing their thing. But when political discourse and freedom of speech are at risk that is another matter altogether.

Indeed, when it looks like vital democratic processes, including major elections, are being put into jeopardy by such partisan and biased giants, then this really is very serious stuff. Past dictators and tyrants have always known about how vital it is to censor information, rewrite history, and control what the masses read, hear and even think.

But even a Hitler or a Stalin did not have the powers to do this that are now available. These past tyrants would be licking their lips at such incredible power and control. But now places like Communist China have the best of both worlds: the same old forms of tyrannical repression and control coupled with the newer means of technological censorship and surveillance.

As an opinion piece from July put it:

In other words, these four corporations [Apple, Amazon, Google and Facebook] command bridges over which our news, entertainment, goods and services now flow, serving as the digital infrastructure of swaths of the American economy. These dominant platforms, whose market capitalization surpasses the gross domestic product of many large nations, function as the quasi-governmental gatekeepers of America’s commerce and communications. In fact, Mark Zuckerberg once made this point explicitly: “In a lot of ways, Facebook is more like a government than a traditional company.” www.politico.com/news/agenda/2020/07/28/agenda-amazon-facebook-google-apple-hearing-383612

And it is not just this ability to control the flow of goods and services and information, and to filter out unwanted political opinions. These giant corporations now also have the incredible power to get massive amounts of personal information and data. As an article from last month in the Times (reprinted in the Australian) began:

Internet giants have more personal information than any intelligence agency has ever had or should have, according to a former director of Britain’s intelligence and signals agency. David Omand said profiting from information that people freely gave to companies such as Google and Facebook was “truly dangerous and a major threat to democracy”. In contrast to “extraordinarily strictly regu­lated” British intelligence agencies, the power of the internet companies was uncontrolled. “Nobody has worked out how to control the private use of our information,” he said. “It’s a fact that the internet companies know more about me, you, everyone in the hall than any intelligence agency ever could or should know.” www.theaustralian.com.au/world/the-times/google-and-facebook-a-danger-to-democracy/news-story/cec9fd43318134052bdca11eb10e85c9

On so many levels what we are witnessing with these media and tech giants should worry every single one of us. New technologies which can be used for good can also so easily be harnessed for great evil. With the internet quickly replacing more traditional news outlets, the ability to control, distort or repress information is now greater than ever.

Certain voices can be silenced or at least greatly minimised, while other voices can be greatly amplified and circulated. And if those with the power to do this are overwhelmingly on one side of the political divide, this means freedom and democracy are both coming under direct assault.

Welcome to the brave new information and media world. What the possible solutions to these problems might be – government regulation, breaking up the giants, etc. – is a moot point. But I fear greatly where we are currently heading.

16 Replies to “Tech Giants and the War on Democracy”