All true believers will be concerned about the way things are heading:

With my title in quote marks, I must be quoting someone. I am: myself. While out on my morning prayer walk, I was reflecting – as I do so often – on the deteriorating condition of the world. I was thinking of all the evil rulers and governments we find ourselves surrounded by. And worse yet, I thought of how many of these have the support of the masses. Many of them were cheerily voted into power by the majority. 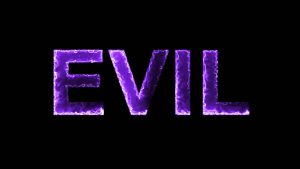 We seem to keep voting in leaders, parties and governments that are in so many ways peddlers of evil and hostile to the faith. And the majority of folks seem to love it this way. One thinks of the words of the prophet Jeremiah when he was denouncing the false prophets and their influence in Jer. 5. He said, sadly, that “my people love it this way” (verse 31).

So as I thought about and prayed over this sad state of affairs, the phrase popped into my head, ‘The whole world is turning toward evil.’ There certainly is every indication of this – something I have documented countless times on this site. Those who are biblical Christians – that is, those who are not ideologically blinded, or living in a Pollyannish world – know this to be the case.

But if things are so bad, how is the Christian to respond? Let me offer three general considerations. They may not tell us all that we are wanting to know in terms of dealing with this, but they should at least give us some perspective and some comfort.

Our haters and critics on the secular left will gloat gleefully over all this and say, ‘See, your side is losing. Your side is the clear and shrinking minority.’ That may be the case, but I actually have some good news for those who may be losing heart here.

As the Bible makes perfectly clear, as history demonstrates, and as I have so often written about, it is God’s customary way to use a remnant to accomplish his purposes. That is usually how he gets the job done. And of course that is how he gets the glory. As we read in Zechariah 4:6 for example, ‘“Not by might nor by power, but by my Spirit,’ says the LORD Almighty.”

Biblical examples of this are numerous, including the story of how God commanded Gideon to whittle down his army of 32,000 to just 300 men! And Wilberforce never had more than a small committed group of co-workers as he took on the giant slave trade. I speak to these realities further in this piece: billmuehlenberg.com/2015/07/16/so-where-are-all-the-real-christians/

Let me offer a famous quote from Whittaker Chambers. He was a noted Communist who turned anti-Communist. A conversion to Christianity was the basis for this, based on an incident as recorded in his powerful 1952 autobiography Witness.

In it he mentions how simply looking at his young daughter’s ear one day convinced him that there must be a creator, and that life did not come about by accident. I record the episode here: billmuehlenberg.com/2015/10/02/whittaker-chambers-witness-and-hope/

But the quote from Witness that I had in mind is this: “I wanted my wife to realize clearly one long-term penalty, for herself and for the children, of the step I was taking. I said: ‘You know, we are leaving the winning world for the losing world.’ I meant that, in the revolutionary conflict of the 20th century, I knowingly chose the side of probable defeat.”

At the time he said that it did indeed look like Communism was the wave of the future, and that Christianity would eventually disappear. But of course Communism is now largely a relic of the past, while the Christian faith continues unabated. But yes, true believers will always be a remnant in a largely hostile world, and it may SEEM like we are on the losing side.

The reality that the people of God will have enemies is everywhere attested to in Scripture. How can this not be the case? The children of darkness will forever be opposed to the children of light. The world will always resist God and his people. Simply looking at the warnings made by Jesus should make this quite clear. Here are just a few of them:

Matthew 10:22-23 You will be hated by everyone because of me, but the one who stands firm to the end will be saved. When you are persecuted in one place, flee to another.

Luke 6:22-23 Blessed are you when people hate you, when they exclude you and insult you and reject your name as evil, because of the Son of Man. Rejoice in that day and leap for joy, because great is your reward in heaven. For that is how their ancestors treated the prophets.

John 15:18-20 If the world hates you, keep in mind that it hated me first. If you belonged to the world, it would love you as its own. As it is, you do not belong to the world, but I have chosen you out of the world. That is why the world hates you. Remember what I told you: ‘A servant is not greater than his master.’ If they persecuted me, they will persecute you also. If they obeyed my teaching, they will obey yours also.

John 16:2-4 They will put you out of the synagogue; in fact, a time is coming when anyone who kills you will think he is offering a service to God. They will do such things because they have not known the Father or me. I have told you this, so that when the time comes you will remember that I warned you.

And Paul could even say this about the Galatians: “Have I then become your enemy by telling you the truth?” (Gal. 4:16). Contemporary quotes can also be offered on this. A neat one attributed to Winston Churchill can be shared: “You have enemies? Good. That means you’ve stood up for something, sometime in your life.” And the poem “You Have No Enemies” by 19th century Scottish poet Charles Mackay is also worth posting:

You have no enemies, you say?
Alas! my friend, the boast is poor;
He who has mingled in the fray
Of duty, that the brave endure,
Must have made foes! If you have none,
Small is the work that you have done.
You’ve hit no traitor on the hip,
You’ve dashed no cup from perjured lip,
You’ve never turned the wrong to right,
You’ve been a coward in the fight.

Not the whole world

In one sense, the entire world is covered in darkness. As John put it, “We know that we are from God, and the whole world lies in the power of the evil one” (1 John 5:19). But in another sense, some places may be worse than others. Some nations may be further down the tubes than others.

So when I speak about the world turning toward evil, I usually am referring to the Western world of which I am a part. But I realise that the world is far bigger than the West, and not every nation is deteriorating as badly as most Western nations are.

As I and others have pointed out, while the West is becoming increasingly secular and hostile to biblical Christianity, with things moving from post-Christian to anti-Christian, many great things are happening in the non-Western world. The spiritual centre of gravity has shifted, mainly from the northern hemisphere to the southern.

Most of the greatest church growth is now found in places like Africa, Asia and Latin America. All this is not to say that the West is without any Christian witness. But the two points I made above do accurately describe the scene: true Christians are quickly becoming a remnant there, and hatred and enmity toward the faith is greatly on the increase.

So what is the way forward for Western believers? It is much the same as it has always been: we put our full trust in a God who is still on the throne; we keep busy doing the work of the Kingdom; and we must learn to pray more and do more for Christ while we still can.

And as we do what we are called to do, we leave the rest up to God. He is working out his purposes and we know what the final chapter of human history looks like. Having just finished reading again the Corinthian letters of Paul, let me close with two quotes from them.

Perhaps the first thing we need to make clear is that we really are right with God. Are we really his? This passage is something all who claim to be Christians must take quite seriously: “Examine yourselves, to see whether you are in the faith. Test yourselves.” (2 Corinthians 13:5)

And we must occupy till Christ comes. As Paul commands us in 1 Corinthians 15:58, “Therefore, my beloved brothers, be steadfast, immovable, always abounding in the work of the Lord, knowing that in the Lord your labor is not in vain.”

15 Replies to “‘The Whole World is Turning Toward Evil’”