Many are sounding the alarm about globalist technocracy and the Great Reset:

No genuine Christian believes that mere man can establish heaven on earth. He has both Scripture and history fully informing him that such attempts always end up as hell on earth. Yet folks keep on trying. Mankind has always sought to set up an earthly utopia without the heavenly God. This goes all the way back to our first parents in the garden, and then the Tower of Babel. 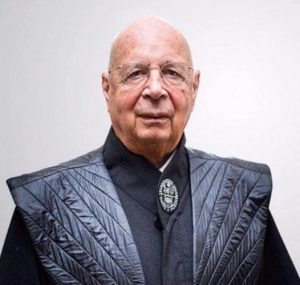 But the idea of the perfectibility of man by means of the coercive state, or by some elite technocrats, or by rogue science, is ever a threat. The most ominous and most recent example of all this is the so-called Great Reset. I have written about it before, as in this piece: billmuehlenberg.com/2020/11/18/schwab-lewis-and-our-transhuman-future/

I wish to speak to it again, drawing upon an Anglican and a Catholic. The former I have already quoted on this matter: C. S. Lewis. But one can never get enough of his work and his insights. I already quoted from his prescient 1945 novel, That Hideous Strength. Let me feature three more snippets of dialogue from this final volume of his space trilogy:

‘Humanity is at the cross-roads. But it is the main question at the moment: which side one’s on – obscurantism or Order. It does really look as if we now had the power to dig ourselves in as a species for a pretty staggering period, to take control of our own destiny. If Science is really given a free hand it can now take over the human race and re-condition it: make man a really efficient animal. If it doesn’t – well, we’re done.’

‘The third problem is Man himself.’
‘Go on. This interests me very much.’
‘Man has got to take charge of Man. That means, remember, that some men have got to take charge of the rest – which is another reason for cashing in on it as soon as one can. You and I want to be the people who do the taking charge, not the ones who are taken charge of. Quite.’
‘What sort of things have you in mind?’
‘Quite simple and obvious things, at first – sterilization of the unfit, liquidation of backward races (we don’t want any dead weights), selective breeding. Then real education, including pre-natal education. By real education I mean that had no “take-it-or-leave-it” nonsense. A real education makes the patient what it wants infallibly: whatever he or his parents try to do about it. Of course, it’ll have to be mainly psychological at first. But we’ll get on to biochemical conditioning in the end and direct manipulation of the brain….’
‘But this is stupendous, Feverstone.’
‘It’s the real thing at last. A new type of man: and it’s people like you who’ve got to begin to make him.’

Wow, talk about prophetic! And in 1958 Lewis penned a short essay called “Is Progress Possible?” The piece opened this way: “Progress means movement in a desired direction, and we do not all desire the same things for our species.” He mentions one professor who speaks of saving mankind by migrating to Venus, and continues:

“The desire here is for mere survival. Now I care far more how humanity lives than how long. Progress, for me, means increasing goodness and happiness of individual lives. For the species, as for each man, mere longevity seems to me a contemptible ideal.”

He then discusses statism and scientism – an ominous combination:

I do not like the pretensions of Government – the grounds on which it demands my obedience – to be pitched too high. I don’t like the medicine-man’s magical pretensions nor the Bourbon’s Divine Right. This is not solely because I disbelieve in magic and in Bossuet’s Politique. I believe in God, but I detest theocracy. For every Government consists of mere men and is, strictly viewed, a makeshift; if it adds to its commands ‘Thus saith the Lord’, it lies, and lies dangerously.

On just the same ground I dread government in the name of science. That is how tyrannies come in. In every age the men who want us under their thumb, if they have any sense, will put forward the particular pretension which the hopes and fears of that age render most potent. They ‘cash in’. It has been magic, it has been Christianity. Now it will certainly be science. Perhaps the real scientists may not think much of the tyrants’ ‘science’– they didn’t think much of Hitler’s racial theories or Stalin’s biology. But they can be muzzled.

We must give full weight to Sir Charles’s reminder that millions in the East are still half starved. To these my fears would seem very unimportant. A hungry man thinks about food, not freedom. We must give full weight to the claim that nothing but science, and science globally applied, and therefore unprecedented Government controls, can produce full bellies and medical care for the whole human race: nothing, in short, but a world Welfare State. It is a full admission of these truths which impresses upon me the extreme peril of humanity at present.

We have on the one hand a desperate need; hunger, sickness, and the dread of war. We have, on the other, the conception of something that might meet it: omnicompetent global technocracy. Are not these the ideal opportunity for enslavement?…

The question about progress has become the question whether we can discover any way of submitting to the worldwide paternalism of a technocracy without losing all personal privacy and independence. Is there any possibility of getting the super Welfare State’s honey and avoiding the sting? Let us make no mistake about the sting.

My second authority well worth mentioning is Archbishop Carlo Maria Viganò. The Italian-born Catholic leader has lived in the US over the past decade, and last month he wrote “An Open Letter Warning President Trump as the Election Approaches.”

His opening line was this: “Allow me to address you at this hour in which the fate of the whole world is being threatened by a global conspiracy against God and humanity.” He went on to say the following:

A global plan called the Great Reset is underway. Its architect is a global élite that wants to subdue all of humanity, imposing coercive measures with which to drastically limit individual freedoms and those of entire populations. In several nations this plan has already been approved and financed; in others it is still in an early stage. Behind the world leaders who are the accomplices and executors of this infernal project, there are unscrupulous characters who finance the World Economic Forum and Event 201, promoting their agenda….

Until a few months ago, it was easy to smear as “conspiracy theorists” those who denounced these terrible plans, which we now see being carried out down to the smallest detail. No one, up until last February, would ever have thought that, in all of our cities, citizens would be arrested simply for wanting to walk down the street, to breathe, to want to keep their business open, to want to go to church on Sunday. Yet now it is happening all over the world, even in picture-postcard Italy that many Americans consider to be a small enchanted country, with its ancient monuments, its churches, its charming cities, its characteristic villages. And while the politicians are barricaded inside their palaces promulgating decrees like Persian satraps, businesses are failing, shops are closing, and people are prevented from living, traveling, working, and praying. The disastrous psychological consequences of this operation are already being seen, beginning with the suicides of desperate entrepreneurs and of our children, segregated from friends and classmates, told to follow their classes while sitting at home alone in front of a computer.

Among his closing words are these:

And yet, in the midst of this bleak picture, this apparently unstoppable advance of the “Invisible Enemy,” an element of hope emerges. The adversary does not know how to love, and it does not understand that it is not enough to assure a universal income or to cancel mortgages in order to subjugate the masses and convince them to be branded like cattle. This people, which for too long has endured the abuses of a hateful and tyrannical power, is rediscovering that it has a soul; it is understanding that it is not willing to exchange its freedom for the homogenization and cancellation of its identity; it is beginning to understand the value of familial and social ties, of the bonds of faith and culture that unite honest people. This Great Reset is destined to fail because those who planned it do not understand that there are still people ready to take to the streets to defend their rights, to protect their loved ones, to give a future to their children and grandchildren. The leveling inhumanity of the globalist project will shatter miserably in the face of the firm and courageous opposition of the children of Light. onepeterfive.com/arcbishop-vigano-an-open-letter-warning-president-trump-as-the-election-approaches/

One need not agree with everything stated in this document to appreciate the fact that here we have a brave religious leader who is not falling for the great deception enveloping the West, and who is willing to speak out. He is aware of the ugly darkness descending upon this world, and he is willing to stand against it. May we have many more believers who will do the same.

These voices and others must be heeded – and soon. They can see the very present danger we all face. And it is the Christian that most clearly understands the core problem. While the world calls for a reset – the Bible calls for repentance. One will simply enslave us even further – the other will set us free. The choice is ours. But we must all choose quickly.

10 Replies to “The Great Reset, or Great Repression?”