As injustice and darkness abound, we all wonder how long it will last:

I have been writing a lot on the topic of justice of late, and that for the simple reason that we are witnessing so much appalling injustice all around us. Whether it is what we see unfolding in the US with the elections, or the tech giants and their war on free speech, or the mini-dictatorships springing up everywhere over Covid, or the lousy anti-Christian laws being passed, there is so much injustice and evil all over the place. 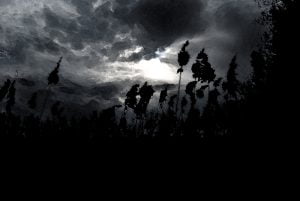 So all biblical Christians will grieve over this, will be concerned about the darkness overwhelming us, and will call out to God for justice, for vindication, for deliverance. I have penned a lot of pieces on this of late. See these two for example: billmuehlenberg.com/2020/10/08/persistence-in-praying-for-gods-justice/

Both those pieces deal with the delays we often find as we wait for God to work – or at least what seems to be a delay. God is of course right on time, but often we wonder just how long evil will last. The question is: How Long, O Lord? That is a fully biblical question, one found specifically in Psalms 13:1 and 89:46 for example. There are numerous verses like this, eg:

Psalm 10:1 Why, O LORD, do you stand far off? Why do you hide yourself in times of trouble?

Psalm 13:1-3 How long, Lord? Will you forget me forever?
How long will you hide your face from me?
How long must I wrestle with my thoughts
and day after day have sorrow in my heart?
How long will my enemy triumph over me?
Look on me and answer, Lord my God.
Give light to my eyes, or I will sleep in death,

Psalm 89:46 How long, O LORD? Will you hide yourself forever? How long will your wrath burn like fire?

Psalm 102:2 Do not hide your face from me
when I am in distress.
Turn your ear to me;
when I call, answer me quickly.

Psalm 143:7 Answer me quickly, Lord;
my spirit fails.
Do not hide your face from me
or I will be like those who go down to the pit.

It is the long wait between injustice and a seeming just response and resolution to it that can be so hard to bear. Of course in the light of eternity, no time span here on earth is all that long. Nonetheless, when you are the one in the midst of real suffering, hardship, persecution and injustice, it can seem like an eternity.

You wonder how long it will go on for, and you wonder how long you can last. It is so easy to feel overwhelmed and discouraged, and faith seems to slip away. Yet we know that God DOES act – at least in his own time and way. And often when it seems like he is not acting or hearing our pleas, he actually is.

Let me look at one clear-cut instance of gross injustice as found in Scripture which I just read again today. In Genesis 39 we read about how Joseph was put in charge of the house of Potiphar, an officer of Pharaoh. But there we also read of how Potiphar’s wife sought to seduce him, how Joseph steadfastly refused, and how she then falsely accused him, resulting in him being thrown into prison.

The story does not end there. In Genesis 40 we read about how Joseph interpreted two prisoners’ dreams. In Gen. 40:1 it says this: “Some time after this…” And then in chapter 41 we read about how he was eventually released from prison. Gen. 41:1 says this: “After two whole years, Pharaoh dreamed…”

So Joseph was in the slammer unjustly for at least two years and maybe much longer. And we learn from other biblical episodes as well as from history, that times of hardship and suffering and injustice can often last very long indeed. I often ponder all this.

There are numerous cases of this where we find terrible things happening. People prayed and cried out for justice, and it seemed so long before relief finally came. Here are just five examples, ranging from the briefest to the longest periods:

40 years – The ancient Israelites wandering in the wilderness before making it to the promised land.

400 years – The oppression and affliction of the Israelites in Egypt (Genesis 15:13: “Then the Lord said to Abram, ‘Know for certain that your offspring will be sojourners in a land that is not theirs and will be servants there, and they will be afflicted for four hundred years’.”)

In these and other situations the people of God would often have wondered how long things like this would go on for. They would have pleaded with God for justice, for retaliation, for vindication. Sometimes it came swiftly, and sometimes it came after a very long period of time.

So for those of us who are suffering, seeing the darkness sweeping over the West, we too can wonder just how long all this will last. All we know for sure is that God is on the throne, and none of these times of persecution, hardship and injustice will last forever.

So we need faith and patience to endure these hard times.

As I write this, a website I have been on for some months has just vanished. Like millions of other people who were sick and tired of the fascist left tech giants censoring us at every turn, I joined Parler. I was on it the moment it ceased to exist, thanks to these modern-day tyrants.

This is such a despicable injustice: If they can censor and silence the sitting President of the United States, and if they can shut down an entire social media group, they will have no problems shutting down you or me at any time for any reason. I now count the days until we will no longer be able to see each other online. If we do not wake up now, it WILL be too late.

Yes, it really is that serious. As Jordan Peterson rightly said a few years ago: “The right to freedom of speech is central because it’s the right by which you defend all the other rights.” We are now witnessing our very freedoms being taken away from us, certainly free speech.

When I was a young hippy and neo-Marxist we thought that freedom was being destroyed and Big Government was the problem. Today the ones who are destroying freedom and pushing for more Big Brother government are leftists and Marxists. Now they are found not in Moscow or Havana but in Congress and Silicon Valley and Hollywood and Madison Avenue.