We must decide ahead of time how we will respond to temptations and pressures:

Some time ago I was discussing with a friend how anti-Christian bigotry and persecution are ramping up all around us. I mentioned that I have basically decided that when push comes to shove, and when various hostile state laws come about which will mean I must disobey the state and face the consequences (job loss, fines, jail time, etc) that this is what I will do. 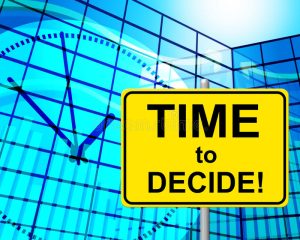 I said it will do no good to wait until that time comes and then try to make up your mind. We need to decide now how we will proceed in such circumstances. We need to resolve now to put the Lord first, regardless of the negative repercussions.

That is a basic rule of thumb that applies to all Christians and is applicable in so many different situations. There would be various biblical examples of this that readily come to mind. One is the famous story of Daniel’s three friends Shadrach, Meshach, and Abednego and their refusal to bow down to Nebuchadnezzar’s golden image as recorded in Daniel 3. The critical verses for us are vv.16-18:

Shadrach, Meshach, and Abednego answered and said to the king, “O Nebuchadnezzar, we have no need to answer you in this matter. If this be so, our God whom we serve is able to deliver us from the burning fiery furnace, and he will deliver us out of your hand, O king. But if not, be it known to you, O king, that we will not serve your gods or worship the golden image that you have set up.”

Clearly long ago they had set their minds and hearts to obey God only, and not even consider falling for any idolatry like this, no matter the very negative outcome. The heroism and determination of these three – and of Daniel – is discussed by Sinclair Ferguson early on in his commentary:

“Such heroism does not develop overnight, nor is it created in a vacuum. It is the mature fruit of lives and characters that have been forged by experience, by the tests and trials of the providence of God, and by faithfulness and obedience to Him. Present heroism cannot be explained apart from past faithfulness.”

Much more can be said about this story, but there is another biblical incident – just as famous but even more powerful – that can be mentioned. When it comes to deciding beforehand how a man of God will respond to things, perhaps the best example we have is that of young Joseph.

In Genesis 39 we read about his resolve to remain obedient, faithful and true to the Living God, despite the constant temptations of Potiphar’s Wife and her attempted seductions. The full story is this:

Now Joseph had been brought down to Egypt, and Potiphar, an officer of Pharaoh, the captain of the guard, an Egyptian, had bought him from the Ishmaelites who had brought him down there. The Lord was with Joseph, and he became a successful man, and he was in the house of his Egyptian master. His master saw that the Lord was with him and that the Lord caused all that he did to succeed in his hands. So Joseph found favor in his sight and attended him, and he made him overseer of his house and put him in charge of all that he had. From the time that he made him overseer in his house and over all that he had, the Lord blessed the Egyptian’s house for Joseph’s sake; the blessing of the Lord was on all that he had, in house and field. So he left all that he had in Joseph’s charge, and because of him he had no concern about anything but the food he ate.

Now Joseph was handsome in form and appearance. And after a time his master’s wife cast her eyes on Joseph and said, “Lie with me.” But he refused and said to his master’s wife, “Behold, because of me my master has no concern about anything in the house, and he has put everything that he has in my charge. He is not greater in this house than I am, nor has he kept back anything from me except you, because you are his wife. How then can I do this great wickedness and sin against God?” And as she spoke to Joseph day after day, he would not listen to her, to lie beside her or to be with her.

So how would we fare if we were in Joseph’s shoes? Would we also flee, or would we give in to temptation? Again, this is NOT something we should be thinking about while in the middle of hardcore temptation. This is something we need to decide well beforehand.

A few commentators can be appealed to here on this important passage. R. Kent Hughes reminds us of how very easy it would have been for Joseph to cave in and simply rationalise away the whole thing:

What an insidious temptation. Joseph was seventeen or eighteen years old (cf. 37:2), and his hormones were at full force; so he brimmed with sexual curiosity and drive. The rationalizations were so easy and logical. No one would ever know (cf. 39:11). His family would certainly never find out. They were on the other side of the Sinai and beyond. Moreover, Joseph was a slave. His life was not his own. Sexual promiscuity was a daily part of all slave holding households. Besides, by giving in to Mrs. Potiphar’s wishes, he could enhance his career. This is a time-honored political strategy. What is so wrong with a little “strategic adultery” if it furthers the cause? And face it, old Potiphar was gone all the time and was not meeting his wife’s needs. She was entitled to a little caring affection. This would actually be the loving thing to do. In today’s terms, the situation demanded this ethic. Even more, who could blame him? It was in his blood. Just look at his brothers Reuben and Judah! And again, not a soul would ever know.

I am sure if most of us found ourselves in a similar situation, we could come up with a few nifty – and even spiritual sounding – rationalisations as well. Stuart Briscoe says this about the story in terms of how easy it would be to make such cheap excuses:

If Joseph had succumbed to this seduction he would have simply joined the ranks of thousands of other men in similar circumstances. Moreover, the remarkable freedom which his master had given him could have bred in a lesser man an insatiable appetite for indulgence. Joseph could also have rationalized that if he did not accede to the proposal he might well jeopardize his standing in the household.

Briscoe goes on to look at some of the factors which enabled Joseph to stand strong during this tough time:

He was clearly convinced that sexual activity with another man’s wife was not only “great wickedness” but also a “sin against God.” At the base of his action was his commitment to solid principle. The person who lacks similar principles is much more likely to succumb to temptation. Second, he clearly stated his position. There was no doubt in Potiphar’s mind as to where he stood. . . . Third, he flatly rejected the proposition. His reply allowed no room for debate or discussion. That would have been too dangerous. When passions are high discussions are better postponed. He wisely headed for the exit. Fourth, he did all that he could to avoid being in a compromising position. He not only refused to “lie with her” but also “to be with her” (v. 10). . . . When he could not avoid being with her he abandoned all thought of dignity and got out of there as quickly as he could. That is the fifth principle—in situations like that discretion is the better part of valor. Paul told Timothy to “Flee also youthful lusts” (2 Tim. 2:22) and his advice is well taken, and not just for youths!

These two biblical stories alone should give us much to think about, meditate on, and pray about. As I say, we need to decide ahead of time how we will respond to various situations like this. Whether it is enticement – or commands – to run with idolatry, or temptations to sexual compromise, we need to decide now about such things.

Waiting until we find ourselves in those situations will be too late. The pressures will be too strong. Only firm resolution now, backed up by grace-empowered godly character, will help us to stand when these things come upon us.

If you need to, why not take some time out right now and reflect on these matters, and ask God if you need to make some serious commitments now to the sort of person you want to be in the face of these sorts of temptations and pressures that we all can face.

14 Replies to “Make Up Your Mind Now”