There have been two main groups targeting Cory Bernardi all week: the rabid secular left which always hates anything coming from a conservative and a Christian, and so-called “Christian” feminists. I am not sure which group is worse in terms of the damage they have caused, and the dangerous slander they are peddling.

You of course expect all this from the secular left. The angry atheists, the hating homosexuals, the crusading commies, and the serial-pest secularists are all experts at hate, abuse, bullying and intimidation – all in the name of tolerance and acceptance of course. 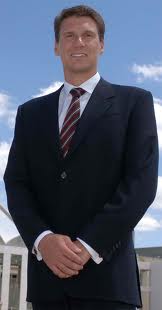 So their orchestrated campaign of hatred, name-calling, ugly abuse and demonic filth is sadly to be expected. Consider the book site amazon, which has his new book, The Conservative Revolution. Within hours of it being posted there hundreds of vicious, vile and disgusting “reviews” appeared.

Of course it was instantly obvious that 98 per cent of these folks did not have the book and of course did not read it. Indeed, many of them said exactly that. They said they had no intention of reading it at all, yet they were quite happy to trash the book and the man regardless.

But we all know that the homosexual hate squad is expert at bullying, intimidation and stand-over tactics. And I had something to do with all this as well. Less than 24 hours after I posted my own review of Bernardi’s book on amazon, there were already 105 votes on my review – with only 29 positive! At the moment the numbers are 44 positive out of 146. And check out some of the nasty and diabolical comments posted under my review.

Just like most of these folks have not read his book, most had not even read my review. They certainly have not dealt with the evidence and facts. The homosexual tolerance machine has certainly rallied the troops to smash Bernardi and anyone who dares to defend him. Such lovely people indeed: www.amazon.com/review/R12U70EWIUAFFP/ref=cm_cr_pr_perm?ie=UTF8&ASIN=1922168963&linkCode&nodeID&tag

Not much intellectual integrity and honesty there. And in Australia the Fairfax Media of course swung into full gear with one sordid attack on Bernardi after another. And we find the same scenario: it seems that not one of these foaming-at-the-mouth critics actually extended to Bernardi the basic courtesy of reading his book.

It was all attack mode from the get go. So full of hate and animosity is the Fairfax press to anything even remotely Christian and conservative that everywhere you looked and listened, there was one blistering and blustering attack after another. All to be expected of course.

But what should not be expected were all the so-called Christians who also jumped on the bandwagon in pillorying Bernardi. And again, the overwhelming majority of these folks has not even bothered to read his book. They just chimed in with all the other bigots, spewing their anger and slander.

As I said to more than one of these Christian critics: Did you even bother to read his book first before you join in with the attackers? Did you even extend to him this Christian grace? Please tell me this: if you wrote a book, and it was attacked far and wide simply based on a few paragraphs ripped out of context by hostile critics, how would that make you feel? Would you say that was fair and proper?

One Christian feminist in particular spent the entire week publicly bashing Bernardi. Every opportunity this gal could find she was laying into him. Whether on radio or the newspapers, she seemed hell-bent on bashing this man and his work. It was one of the more appalling things I have witnessed by someone claiming to be a Christian.

She claims we need to have a discussion on all this. Hey, that is exactly what Bernardi has been saying all along. But constantly attacking one of our most pro-life and pro-family Christian Senators is hardly the way to do this. Very disappointing indeed. And the fact that our most secular left feminist newspapers were happy to run with her stuff is also very telling.

If this person was at all interested in genuine dialogue, and treating a fellow Christian with a bit of respect, there would have been a much more appropriate way to do things. Engaging in some private communications with the Senator would have been a good start.

And even if she insisted on publicly dumping on him, there are better ways to do this, if there is even the slightest concern about maintaining a bit of Christian unity here. She could very easily have changed the way she said things and it would have been quite alright, eg:

“Cory is quite right to emphasise the overwhelming importance of two-parent families for the wellbeing of children. But we must not overlook those in other situations. And I know Cory is aware of this as well. In our family policies we must…..”

Something like that would have been fine. But no, she turned the Senator into an enemy and a pariah, attacking him just as all the secular lefties and feminists have. That is not helpful; that is not conciliatory; and that is certainly not Christian.

Of course all Bernardi did was state the truth: he rightly thinks that in terms of the well-being of our children (which should be of paramount concern to all of us), a fence at the top of a cliff is always far more sensible, humane and helpful than a fleet of ambulances at the bottom of the cliff. Instead of being rebuked for this, these Christian critics should be congratulating him and supporting him.

So, was it Bernardi? Fred Nile? Jerry Falwell? Nope, it was President Barack Obama in a Father’s Day speech in 2008. Did this same Christian critic and all the others jump all over Obama at the time and chew him out, mounting an organised campaign of hate and vilification against him? Um, no.

But if a conservative Christian dares to speak the exact same truth, all hell breaks loose, even from supposed Christians. Go figure. But I am not alone here in my concerns. A few others are now publicly backing Bernardi. Let me quote part of Paul Sheehan’s article which appeared today:

Let’s look at the timeline of hate.
Monday: the first story that suggested Bernardi’s book was controversial appeared, as night follows day, on the ABC. Within hours of the ABC report, and interview by Bernardi on ABC TV following up on that report, Bernardi’s office in Adelaide was inundated by phone calls. ”The office was overwhelmed with calls,” Bernardi told me. ”There was clearly an orchestrated campaign of abuse which was levelled at my staff.”

Tuesday: The phone and email campaign extended to Amazon, where hundreds of negative reviews of The Conservative Revolution were published by people who had not read the book. and the comments at the office became more personal. ”There were questions to my staff like ‘Can you ask Cory how I should insert my tampon, as he wants to tell all women what to do?”’ Bernardi said. “My female staffers were told things like, ‘How can you work for such a bigoted c—‘, and ‘You have betrayed the sisters by working for him, you treacherous bitch’. Some left recorded messages. It was clearly an orchestrated campaign.”

Wednesday: Entsch weighs in via Fairfax Media, insinuating Bernardi is a self-loathing homosexual and asking what Bernardi would think if a member of his family turned out to be gay: ”Would he advocate sterilisation?”

This is despicable, and there is a subtext to this. After the Coalition won government last year, Tony Abbott dropped Entsch from the position of chief whip. And Entsch is friendly with Malcolm Turnbull, who is openly contemptuous of Bernardi. Entsch even mentioned Turnbull in his attack on Bernardi, saying Turnbull had been raised by his single father and was not a lesser person for that.

Thursday: a reaction to the hate campaign, with a heavy flow of supportive calls and emails. ”Interestingly, the email feedback has been overwhelmingly positive,” Bernardi said. All week, Fairfax Media has published a string of negative reporting, commentary and remarks about Bernardi, yet in this coverage no one has even pretended to have read the book.

If they had, they would see Bernardi quotes a plethora of studies and that it was a British Family Court judge, Sir Paul Coleridge, not Bernardi, who came up with the phrase that traditional families should be the ”gold standard” as the best protector of children’s welfare. Based on his Family Court experience, the judge said family breakdown was the root cause of most social ills and warns: ”What is a matter of private concern when it is on a small scale becomes a matter of public concern when it reaches epidemic proportions.”

Everything Bernardi has said is backed up by a mountain of social science data. As I have said so often now, to express an ideal in terms of public policy is not to denigrate any individual. It is about doing what is best for our children. Single-parents need all the support they can get, and many are there through no fault of their own.

What we are simply saying is reckless social experiments such as homosexual marriage, singles granted access to IVF, and so on, is a deliberate case of bringing children into the world without the two most important people in their life: their own biological mother and father.

To deny children this is simply a form of child neglect, if not abuse. So shoot me already. But I will always side with the well-being of children, and the wealth of social science data which supports the “gold standard” here.

35 Replies to “On the Crucifixion of Cory Bernardi”