Now that the Winter Olympics are on, one thing that has struck me is what gross iniquities and inequalities appear to be going on there in Sochi. It seems rampant discrimination and unequal treatment is taking place. After all, simply look at the medal tally thus far. What do we find? Here are the top seven nations in order of medals thus far: 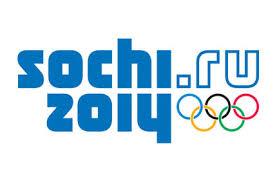 Hmm, something is not right here. I simply do not see many African countries represented here. Nor many Middle Eastern nations. Nor any countries which can be found around the equator. It seems in fact that all the winners are those from the Northern Hemisphere.

While there can be the rare exception (recall the Jamaican bobsled team – they did not win but did have a movie made about them), clearly we have gross and unjust discrimination taking place here. In the name of equality and equity, we should allow all the nations further south to be given preferential treatment. They should be given free points and all sorts of other advantages so they won’t be left out.There surely must be some unjust discrimination going on here. The North is unfairly discriminating against those who lie in warmer climates. We must do something about this to achieve some equity here! After all, we don’t want all the folks living in hot climates to feel like they are being left out, or unfairly treated.

We must redress these blatant cases of inequality immediately. Until we see Moroccans winning gold in the snowboarding competitions, Egyptians winning at least silver in the luge events, Vietnamese taking out ice hockey medals, and Indians standing on the podium in the Alpine skiing events, we will not have true justice and equality in this world.

Now at this point, a few of you might think I am some sort of nut job. Well, you are right. I don’t believe this foolishness for a moment – no one does. But tragically all sorts of folks believe exactly this when it comes to all sorts of other areas in life. They think we all should have some utopian equality of outcome, where there are no winners or losers, but everyone is the same.

In the name of “social justice” and other misplaced ideals, they urge that all “inequalities” be removed from life, and everyone be assured of an equal outcome. They think it is fundamentally unfair that some people succeed in life while others don’t.

Sorry, but that is not how life works. What we can and should demand is equality of opportunity – where everyone can be allowed to compete to the best of his or her ability. But demanding an equal outcome actually brings in gross inequality. By seeking to make unequal things equal, we are in fact promoting unfair inequality.

I just read about an American commentator who reminded us of these truths. Over the weekend, Charles Krauthammer spoke at a public meeting at which he said we must “put much more emphasis on the individual, on liberty versus equality. There is a reason that in the New York Harbor there’s a Statue of Liberty — it’s not a Statue of Equality.”

Thomas Sowell has written much on this as well. The Black American economist and social commentator knows full well why something like freedom is to be championed and aimed for, but not equality. Indeed, he thinks the word ‘equality’ is one of our most misused and abused words around.

He once wrote a piece entitled “Meaningless ‘Equality'”. In it he says in part, “Anyone who questions or opposes equality is almost certain to be regarded as someone who believes in inequality – in ‘inferiority’ and ‘superiority.’ But all of these concepts suffer from the same problem: For equality, inferiority, or superiority to have any meaning, what is being compared must first be commensurable. A symphony is not equal to an automobile. Nor is it inferior or superior. They are simply not commensurable.”

He offers a few examples and continues: “With many groups as well, the fundamental difference between equal treatment and equal performance is repeatedly confused. In performance terms, virtually no one is equal to anyone. The same individual is not equal to himself on different days.

“Much of the moral heartburnings, social engineering, and legal entanglements of our times comes from the simple fact that statistics for different groups are different in different occupations, institutions, or income levels. It is too often assumed automatically that only different treatment before the fact can explain different results after the fact.

“This dogma is so deeply imbedded that it seems almost Utopian to attempt a rational discussion of it. Yet it was wholly arbitrary to have expected performance equality in the first place – and compounded pigheadedness to want to punish someone because it didn’t happen. But there is a whole class of people who believe that when the world doesn’t conform to their theory, that shows that something is wrong with the world.”

He concludes, “In short, performances vary not only from individual to individual, but also from group to group, and from one era to another. Seldom are performances equal at any given moment.” We see all this played out not just on the sporting field, but in the economic arena as well.

Why are some cultures more prosperous and productive than others? Why are some nations more able to rise in economic standing while others stand still, if not regress? In another column, “The Inequality Bogeyman,” Sowell looks at this in more detail:

“Differences in capabilities are inescapable, and they make a big difference in what and how much we can contribute to each other’s economic and other well-being. If we all had the same capabilities and the same limitations, one individual’s limitations would be the same as the limitations of the entire human species.

“We are lucky that we are so different, so that the capabilities of many other people can cover our limitations. One of the problems with so many discussions of income and wealth is that the intelligentsia are so obsessed with the money that people receive that they give little or no attention to what causes money to be paid to them, in the first place.

“The money itself is not wealth. Otherwise the government could make us all rich just by printing more of it. From the standpoint of a society as a whole, money is just an artificial device to give us incentives to produce real things – goods and services. Those goods and services are the real ‘wealth of nations,’ as Adam Smith titled his treatise on economics in the 18th century.

“Yet when the intelligentsia discuss such things as the historic fortunes of people like John D. Rockefeller, they usually pay little – if any – attention to what it was that caused so many millions of people to voluntarily turn their individually modest sums of money over to Rockefeller, adding up to his vast fortune.

“What Rockefeller did first to earn their money was find ways to bring down the cost of producing and distributing kerosene to a fraction of what it had been before his innovations. This profoundly changed the lives of millions of working people.

“Before Rockefeller came along in the 19th century, the ancient saying, ‘The night cometh when no man can work’ still applied. There were not yet electric lights, and burning kerosene for hours every night was not something that ordinary working people could afford. For many millions of people, there was little to do after dark, except go to bed.

“Too many discussions of large fortunes attribute them to ‘greed’ – as if wanting a lot of money is enough to cause other people to hand it over to you. It is a childish idea, when you stop and think about it – but who stops and thinks these days?

“The transfer of money was a zero-sum process. What increased the wealth of society was Rockefeller’s cheap kerosene that added hundreds of hours of light to people’s lives annually. Edison, Ford, the Wright brothers, and innumerable others also created unprecedented expansions of the lives of ordinary people. The individual fortunes represented a fraction of the wealth created.

“Even those of us who create goods and services in more mundane ways receive income that may be very important to us, but it is what we create for others, with our widely varying capabilities, that is the real wealth of nations. Intellectuals’ obsession with income statistics – calling envy ‘social justice’ – ignores vast differences in productivity that are far more fundamental to everyone’s well-being. Killing the goose that lays the golden egg has ruined many economies.”

As I say, equality of opportunity is a good thing – but not equality of outcome. If we foolishly went with the latter, we would have to be handing out gold medals to Tunisians in the freestyle skiing event, whether they even completed the activity, or took part in it at all.

14 Replies to “Liberty, Equality, and the Olympics”