With over 25 years involved in debates with all the usual suspects, especially in the mainstream media, I have long ago gotten a pretty good understanding of how the other side operates. And I can tell you that it just ain’t pretty. It seems every trick in the book, every under-handed tactic, and every deceptive ploy is used by these folks to push their agendas and stifle any opposition voices.

I have done many hundreds of interviews and debates with the mainstream media – radio, TV, magazines and newspapers – and very clear patterns, with only rare exceptions, emerge as to how an overwhelmingly secular left MSM operates. One could write a book about all this.

Consider how the typical debate goes with these folks: you are invited on as the sole token conservative voice, far outnumbered by your leftist opponents. Almost always the so-called moderator is anything but. They invariably are opposed to your point of view, and will side with the other critics. So it is often 2 against 1, but I have been involved in debates which pit me against 3, 4, 5 or more opponents. 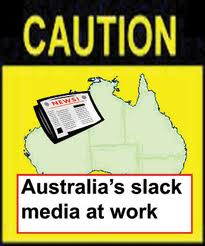 One of the sneaky tricks of the MSM is to have talk-back callers on radio or TV. They appear to just be ordinary folks coming out of the blue, but quite often they are prearranged partisans who have been specifically invited to come on board to ask their loaded and biased questions and make their lefty comments.

With all those folks entering the fray, it is quite easy to be outnumbered 8 to 1, or 10 to 1, or 15 to 1. I have experienced this many dozens of times. That is the MSM’s idea of a “fair debate”. One conservative voice pitted against all the others.

So cowardly are most of the folks in the MSM that they will hardly ever allow a really fair and balanced debate; you know, like 2 conservatives against 2 lefties, with a genuinely impartial moderator. I would guess that this has happened to me at most a handful of times.

So-called interviews are often no better. For example, often I will be contacted and asked if I would like to be interviewed on some hot topic. I agree, and when it does occur, I am surprised to find that it is not an interview, but a debate, and they already have their hostile opponents of me lined up and ready to go. So you are ambushed from the very outset.

And often what is supposed to be an even-handed interview is anything but. The interviewer is often extremely partisan, clearly disliking me and my point of view. Sometimes you can just feel the anger and the bile dripping from their tongues. They don’t even try to hide their contempt of me and my views.

I had yet another prime example of this taking place yesterday. I was invited to appear on 3AW radio for the nationally-broadcast Neil Mitchell program. I have appeared on his program often before, and knew I would not get an easy run. The topic was really an old news story: about Senator Cory Bernardi’s views on single parenting. That is old hat, but another num-num LNP member came out recently attacking Bernardi for his views on this.

So it was once again topical, providing yet another neat opportunity to again bash Bernardi, which is the real point of the exercise it seems. So sure enough, as soon as I got on, it was Neil blasting Bernardi and me. And in typical fashion, he did what I have experienced so often before: he completely ignored and mocked the evidence, and just went for personal attack and mud-slinging.

This is the number one tactic of the other side, whether in or out of the MSM: simply ignore, deny or get angry about all the facts, data, evidence and statistics you might offer. They have already made up their minds on whatever the issue might be, so no amount of facts or evidence will sway them in the least.

They are driven solely by their leftist ideology, and not by the actual data and facts. So of course it is impossible to debate such people. They are utterly imperious to truth and facts, and are simply there to push their own agenda – end of story.

Yet we must have the evidence at hand regardless, so I came prepared. I assured Neil that this was actually one of the more solid and settled findings of a half century of social science research. All things considered, children do best by all social indicators when raised by their own biological mum and dad, preferably cemented by marriage.

The data on this is as conclusive as it is overwhelming, with many thousands of studies verifying this. When he pressed me, I was happy to read out just one quote from one study. An American researcher who has written books and numerous peer-reviewed journal articles on this – and who is herself a single mother – said this:

Of course Neil did not like the use of facts and stats, so he simply tried to challenge the research. I assured him this was part of many longitudinal studies which carefully control for things like economic levels and the like. He realised he was getting nowhere fast here, so he changed tack, and did the usual: throw out red-herrings and straw men.

He said, “So Bill, you just want people to stay trapped in harmful and violent marriages”. I called his bluff and said no, of course when there is real violence and abuse, other options must be explored. Then he threw out the straw man that Cory and I are trying to force people to live in only one way.

I said no, this is about ideal public policy options. Just as we have ideals in foreign policy or fiscal policy that we strive for, governments should have ideals in social policy that we should aim for. And if we know perfectly clearly from all the research that the well-being of children is maximised in the two-parent, married family, and minimised in all other structures, then we should be holding that up as an ideal to be aiming for.

I also pointed out the truth that this is not attacking single parents. I explained that Cory and I distinguish between those who are single-parents through no fault of their own (because of the death or desertion of a spouse, eg) and those who deliberately bring kids into the world without both parents.

He asked when that occurs, and I said all the time. Homosexuals wanting kids is an obvious case, and I also mentioned how years ago a single woman (not biologically infertile but “socially” infertile) wanted access to IVF to have kids, and took her case all the way to the High Court where she won. So the deliberate creation of single-parent families is happening all the time.

He did not like that either, so he spent the remaining few minutes in typical lefty fashion shooting the messenger, and trying to attack the integrity of the organisation I was representing. “So what is the Family Council of Victoria and who is in it?” I answered his questions on this several times, but still not to his liking.

But what does the FCV have to do with any of this anyway? This is international research which I am citing. How does seeking to discredit me and the FCV discredit the research and the evidence thus presented? It doesn’t of course, but these are more very common logical fallacies used by the other side all the time: the ad hominem fallacy (attack the person), and the genetic fallacy (reject a view or idea because it is claimed to come from a bad or questionable source).

He realised he was getting nowhere fast with me, so he cut me off after around seven minutes. But things did not end there. He and talk-back callers kept this discussion going for some time thereafter. I only was able to hear a small bit of it, but what I did hear was a shocker – but not unexpected.

One older man called in and said he grew up in a single-parent home when his dad left early on. Neil instantly interjected, “So you’re a criminal are you?” Oh Neil, you are so droll. So good at completely ignoring the evidence and disregarding or twisting everything I just said.

So good at demonising opponents instead of addressing the facts and data. So good at shooting the messenger; setting up straw men; and going after red herrings. And much to the obvious chagrin of Neil, he went on to say that he wished that he did have a dad to grow up with!

Another person who did hear the whole thing wrote me out of the blue and said this: “Just wanted to congratulate you on sticking to the evidence and standing up for traditional marriages and the welfare of kids mate. Glad that you kept to the point when Mitchell tried to bring up straw man arguments.

“I noticed that Neil and Michael Carr Greg couldn’t resist their little dig and mud sling at you before the 11am news where they promoted gay adoption and said that your statistics were rubbish and poverty was the real reason behind kids going off track, rather than kids not coming from 2 parent married families. Just more main stream, left winged clap trap we have to contend with. Cheers.”

Again, another perfect example of how the other side operates. They get you on for a few minutes so they can claim to be balanced, giving all sides a hearing, but then blast you the whole time you are on, and continue to blast you while you are no longer there to defend yourself.

This is just how the other side operates. They do not fight fair. They relish cheating and nasty tricks. They hate and eschew evidence and facts. And they exalt in their own ignorance and ideological myopia.

So if you are thinking about getting into the public arena to defend things like faith, family and life, be forewarned: the other side – especially in the MSM – plays dirty and has made an art-form of this. You will almost never get a fair run or a fair deal from these guys – not if you are someone offering the conservative and Christian point of view at least.

28 Replies to “This Is How They Operate”