For daring to stand up for the unborn, a Queensland man has been arrested – again. One of the most committed pro-lifers in Australia, Graham Preston, was again behind bars, awaiting his fate. He has spent plenty of time in jail already, having been arrested multiple times for seeking to defend the unborn. 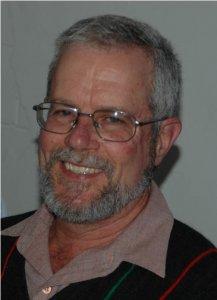 His latest arrest occurred in Hobart where the state’s new abortion laws were put to a test. As one news report says, “A Brisbane man has become the first person charged under a new Tasmanian law which bans protests close to abortion clinics.

“The lone protestor, Graham Preston, was arrested after holding two placards and handing out leaflets while standing outside an abortion clinic in central Hobart. The 58-year-old says he has been arrested for similar action in Brisbane and came to Hobart to promote the right-to-life message.

“Preston said he was aware of the new Tasmanian law which prohibits such protests within 150 metres of an abortion clinic. ‘It would seem to me to be incredible if somebody could get arrested for promoting the Universal Declaration of Human Rights, Australia is a signatory to it,’ he said. Police charged Preston under the Reproductive Health Act. He was released on bail and will appear in court at a later date.”

The draconian Tasmanian abortion bill, along with the 2008 Victorian bill, are amongst the most liberal in the world in terms of allowing open slather on baby killing, but amongst the more stringent in terms of preventing pro-lifers from being allowed to raise their voices.

The Tassie law was amended somewhat from its original version when it was first introduced, but it is still an incredible piece of legislation in the way it sides with baby killers while deterring by force of law peaceful protestors. Aspects of the new law which went through late last year are now being fully tested by Preston.

He is no stranger to paying the price for seeking to rescue the innocent from slaughter. He has spent many long months behind bars, away from friends and family, all because he is committed to rescuing babies from their gruesome fate. Because of his dedication and zeal, I have penned a number of pieces about him over the years:

Man arrested in Hobart while promoting the Universal Declaration of Human Rights
This morning Graham Preston was arrested in Hobart at the corner of Victoria and Macquarie Streets.
At the time of his arrest he was holding a placard which, on one side, read, “Every one has the right to life, Article 3, Universal Declaration of Human Rights,” and on the other side read, “Every child has the right to life, Article 6, Convention on the Rights of the Child.”
He was also holding an enlarged photograph of an 8-week-old preborn baby. He was standing at the corner of Victoria and Macquarie Streets in the city. He has been charged with failure to comply with a direction of a police officer, granted bail and will appear in the Magistrates Court on Friday March 7.
Mr Preston’s wife, Liz Preston asked, “What is the problem with promoting these two UN documents on the streets of Tasmania? After all, Australia is a signatory to both documents.
“Who would say that they don’t support human rights? So what is wrong with quoting these human rights documents in any public place? How could this be illegal?
“These quotes simply state that every one/every child has the right to life.
“Moreover, the Convention on the Rights of the Child states that the child needs legal protection before birth. It also defines ‘child’ in Article 1 as meaning ‘every human being below the age of eighteen years.’
“Are the authorities in Tasmania going to try and claim that the preborn child is not a human being?
“This is outrageous that my husband has been arrested for this. The charge should be dropped at once.
“Where do those running for political office in the current elections stand on this?” Does the Premier, Lara Giddings, along with the Labor Party support these documents? Does the Leader of the Opposition, Will Hodgman, along with the Liberal Party? Does the Palmer United Party? Do the Greens?
Article 19 of the Universal Declaration of Human Rights states:
Everyone has the right to freedom of opinion and expression; this right includes freedom to hold opinions without interference and to seek, receive and impart information and ideas through any media and regardless of frontiers.

We need to do several things here. Obviously we need to pray for Graham and his family. We also need to support him in public, by any means available (letters to the editor, talk-back radio, petitions, letters to MPs, etc). And we need to continue to work against unjust and evil laws which decriminalise baby killing while criminalising peaceful protest.

25 Replies to “Stand Up For Babies? You Will Be Arrested”