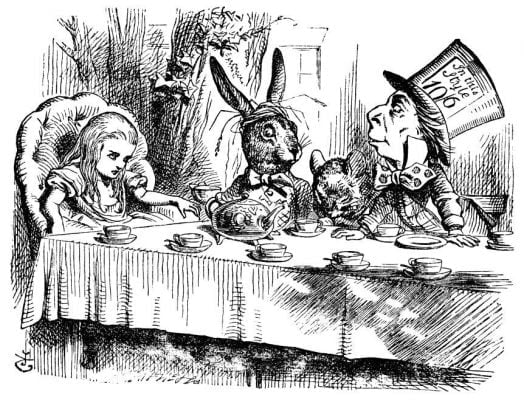 If you thought the judicial activists were a brazen and reckless bunch, you ain’t seen anything yet. There are no limits to the progressives on our court benches who think they can just make things up as they go along. Now they are even making rulings on biology, and in a new case, informing us that they can also trump reality.

We have just been informed by our enlightened justices that biology no longer exists, but is simply a social construct. I wish they would make a ruling that says activist judges don’t exist, and then just disappear off the face of the earth. But we are not likely to be so fortunate.

Thus the social engineers in our courts will continue to rule against reality, common sense, and everything decent. And all this is thanks to the militant homosexual juggernaut which is destroying everything in its path. They are utterly smashing everything in their wake: marriage, family, sexuality, biology and even reality.

Not bad for a handful of activists and militants. And the lamestream media goes along with all this without a whimper. Such is the complete ruin of law, the media, and Western civilisation that we have even gone down this moonbat path.

Here then is the story, as one media outlet explains:

A Sydneysider has won a High Court case to be recognised as gender-neutral. Norrie, who was born male but underwent gender reassignment to become a woman, identifies neither as male or female and has taken legal action against NSW’s Registry of Births, Deaths and Marriages to be granted a non-specific certificate.

The court was asked to consider whether “non-specific” can be included as a third gender category under the Registry’s Act. “The act recognises that a person may be neither male nor female, and so permits the registration of a person’s sex as ‘non specific’,” read the High Court judgment, handed down on Wednesday. Norrie, who goes by one name, was famously granted a world-first non-specific status in 2010, but months later the NSW government revoked the classification.

The matter was challenged by both Norrie and the Registry until the latter took an appeal to the High Court. Lawyers for the Registry argued that unacceptable confusion would flow from the acceptance of more than two gender categories, and that the purpose of a reaffirmation procedure is to assist a person to be considered a member of the opposite sex.

Norrie stopped taking hormones after surgery, preferring to live as neither male nor female. Counsel for Norrie said it is the register’s purpose to record the truth. “Norrie’s sex remained ambiguous so that it would be to record misinformation in the register to classify her as male or female,” a judgment summary reads. Sitting in Canberra on Wednesday, the bench unanimously found in favour of Norrie.

OK, makes perfect sense to me. In an age in which anything goes, I guess this is all very understandable. Biology is now simply a matter of judicial decree. There is no ultimate reality to anything, and the courts, in true Alice in Wonderland fashion, can redefine anything in any way they like.

Of course the lamestream media is running with the story big time, giving us the impression that this is just as normal and acceptable as a story about eating cereal or walking the dog. No gender? Sure, no probs. Why not? After all, biology does not exist anyway. We just make these things up to suit our fancies.

Even the media reports were full of stupidity and irony here. While covering all this with a straight face, they referred to this person as her. But this person is not a her. Nor a him. So what we have here is an ‘it’ at best. Indeed, it has insisted that it is neither male nor female, and it has managed to con these judicial jugheads and media moonbeams to buy all this gender bender insanity.

So the courts can now determine whether reality exists or not. Those are certainly some sweeping powers. Of course these activist judges have been playing God for quite some time now. So nothing all that surprising here. When men reject God, they foolishly and vainly think that they are God.

That is why they think they can ride roughshod over biology, sexuality, and even fundamental reality. It is about creating a Brave New World where anything and everything goes, with no ultimate truth, no fixed morality, and no boundaries or parameters whatsoever.

As G. K. Chesterton is said to have written, “When a man ceases to believe in God, he doesn’t believe in nothing. He believes in anything.” What was that about ‘whom the gods would destroy, they first make crazy’?

Postscript: It must be noted that a very tiny percentage of people are in their own category, and are quite different from your run of the mill homosexuals, cross-dressers, trannies, and so on. I refer to the intersex condition, where genetic abnormalities result in sexual confusion. There can be ambiguous genitalia, brought on by chromosomal imbalances – eg, having an extra sex chromosome – and so on. These can be found in conditions such as Congenital Adrenal Hyperplasia, Turner Syndrome, Klinefelter’s Syndrome, and Androgen Insensitivity Syndrome. These very rare and difficult cases are not at all similar to the great majority of gender bender cases we see today, including this case.