There are numerous areas in which we can critically appraise IVF. One very important set of concerns over IVF has to do with legal issues, court cases, and related matters. The truth is, this whole area can become a legal minefield – and that is just what has happened. A number of famous legal cases can be mentioned here. Let me focus on just two of them, as an indication of the sorts of legal nightmares which can arise because of IVF and assisted reproductive technologies (ART).

The first case has to do with an American couple and an Australian fertility clinic. In 1981 Elsa and Mario Rios from California made use of an IVF clinic in Melbourne. Three embryos were created with the help of an anonymous sperm donor. An implanted embryo did not work, and the other two were put in cryopreservation.

However, the wealthy couple died in a plane crash in 1983 in South America, without leaving behind a will. Ethicist J. Kerby Anderson notes just some of the many vexing issues which arose here, and how even the wisdom of Solomon may not have sufficed in such a case: 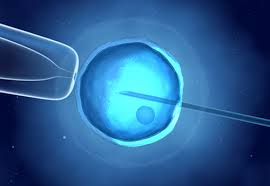 Two kinds of questions surfaced. First, did these frozen embryos have a right to inheritance, and do they have a right to life? Mr. and Mrs. Rios were multimillionaires. Were those embryos potential millionaires? Did they have a right to inherit the Rioses fortune? Second, did those frozen embryos even have a right to life? Are IVF clinics obliged to protect embryos produced there? Should the Australian clinic implant those embryos in a surrogate mother who would carry them to term?
Other questions surfaced as well. For example, who would be the legal father and mother? Here are Mr. Rios, Mrs. Rios, an anonymous sperm donor, a surrogate mother, and possibly an adoptive father and mother. The child that would be born could have as many as six “potential parents.”

But those are not the only questions and considerations that can be raised. Philosophy professor Donald DeMarco offers even more:

The legal uncertainties of the situation provide excellent grist for a fiction writer’s imagination. Could a woman become an heir by serving as the gestational mother of the two children? Once having secured the title, could she then exercise her prerogative and abort the children without forfeiting her claim on the estate? Or could she hold the children hostage in the womb, to assure getting what she wanted? Would a woman be entitled to a sizable share of the fortune if complications during the pregnancy left her infertile? Should there be two gestational mothers? If so, on what grounds should they be selected?

Talk about a legal headache and a moral quagmire. And that indeed was the case. Lengthy medical and legal proceedings were undertaken, with things not exactly becoming crystal clear in the process. DeMarco continues:

A “scholarly” committee studied the matter and recommended that the embryos be destroyed. State officials accepted the recommendation. Lawmakers in the State of Victoria, however, rejected it and passed an amendment calling for an attempt to have the embryos implanted in a surrogate mother and then placed for adoption. Scientists held little hope for the orphans’ survival.
Nonetheless, Laura Horwitch, the lawyer representing the Rios estate, was not taking any chances. She declared that the orphaned embryos could not be heirs under California law since Mario Rios was not their natural father. This judgment, however, is at odds with other instances involving AID and IVF where the consenting husband of a wife whose egg is fertilised is always presumed to be the father of the newly formed embryos.
If the orphaned embryos were victims of legal discrimination, they would have no one to defend them since no legal guardian was appointed to act in their behalf. As things turned out, these legal questions became a moot point. The attempt to implant the embryos failed.

Wow, I get a headache just trying to follow all this! What a mess. My second case is not much better I am afraid. This one involves a couple from Tennessee, Junior and Mary Sue Davis. Beginning in 1985, they went through IVF procedures on six different occasions, costing $35,000, resulting in the creation of seven embryos which were left in storage. However, the couple then divorced in 1989, with the ex-husband wanting them destroyed, and the ex-wife wanting them implanted. The courts were kept busy with this one as well.

Again, plenty of questions arise in such a case. Are the embryos property? And if so, who do they belong to? Is this a custody dispute, or something else? There were differing court decisions surrounding this case. At first, a court sided with Mary Sue, claiming she had a right to the embryos. But in 1990 an appeals court decided that both parties should have an equal say in the fate of the embryos.

But things did not end there. In 1992 the Supreme Court of Tennessee decided in favor of Junior Davis. But by this time however Mary Sue had remarried, and decided to donate the embryos instead of having them implanted in her. Of interest, in the last court case, the embryos were declared to be preembryos, not embryos, and were thus treated as neither persons nor property.

Sadly such cases are not unique, but are representative of many such legal fights. I have already spoken about these elsewhere, including “wrongful birth” cases. Let me mention just two more of these, both from Australia. The first involves a Queensland couple who got more than they bargained for, and took their IVF clinic to court. Here is how one write up covers the story:

A couple in Queensland who used IVF to conceive, are suing the fertility clinic that they paid to help them. And not because they didn’t get a chance to ever hold a baby in their arms. Because they got more than they expected. The Weekend Australian has reported that the 35-year-old couple is suing after a woman gave birth to triplets instead of the twins she thought she was having. The couple are seeking $510,400 in damages, to help cover the costs of bringing up a third child that they weren’t expecting. The couple alleges that when they signed a consent form, they indicated that they wanted a maximum of two children. But during the embryo transfer, a doctor planted three embryos – not two.

Also consider this case about a NSW couple suing their IVF doctor, seeking massive compensation. The story goes like this:

Debbie and Lawrence Waller love their 11-year-old son, Keeden, but they believe he should never have been born. Just days after Mrs Waller gave birth in August 2000 following IVF treatment, Keeden suffered a massive stroke that caused severe brain damage and meant he was never able to walk, talk or go to the toilet. The stroke was the result of a rare blood clotting condition known as antithrombin deficiency which Keeden inherited from his father. Tragically, the Wallers did not know there was a 50 per cent chance that Keeden would have the defective gene. They are now suing the IVF specialist who oversaw Keeden’s conception – Christopher James – in the NSW Supreme Court for what is known as ”wrongful birth” and seeking compensation in the order of $10 million for the lifelong care of their handicapped son.

However, 15 months later a judge ruled against the couple and their case. But as mentioned, increasingly we are finding such legal tussles involving the new reproductive technologies. Lawyers are having a field day with all this, and may be the only ones actually gaining from this. The biggest losers are of course the children themselves, treated as mere pawns by selfish adults who squabble and fight over their “products”.

6 Replies to “IVF and Legal problems”