Extended periods of day care for young children are not in their best interests. Parents might benefit, but children seldom do. But before I go any further, let me get the objections out of the way first. Some folks seem to have little choice but to use day care for their children.

But several replies can be made:
-Governments should be offering more family-friendly economic and tax policies so that so many families do not feel forced into the formal day care route.
-Often a family will put in as much money each week for day care costs as they will get back with a second income.
-Often it really boils down to priorities. We all need the basics in life to get by, but do many couples insist on two incomes in order to live the good life? Fancy homes, giant TVs, brand new cars, overseas vacations – these are all nice but they may not be necessary.

As I said however, some seem to have no other options. But there should be more options. If governments want to help here, they should offer all mothers genuine choice. If they are going to subsidise formal day care, they should also subsidise home care or nanny care or neighbour care or church care. 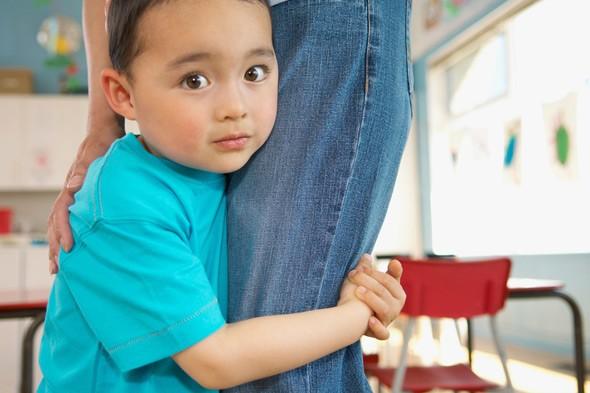 Let the parents decide how best to use such financial assistance, instead of aiming for only one outcome: pushing new mums back into the paid workforce, and dumping the kids into day care. But before you shoot the messenger here, be aware that plenty of other folks are worried about the wellbeing of children as they spend large hunks of their early lives being raised by strangers.

Two recent news items have reignited the debate. The first concerns one expert who was willing to buck the system and stand against political correctness big time by saying that long day care is a “form of child abuse”. Here is how the story opens:

A respected pediatrician and vice-president of the leading advocacy body for prevention of child abuse and neglect says leaving babies in long-day care can be a form of child abuse. Dr Sue Packer, Canberra’s 2013 Citizen of the Year, also believes lack of communication between parents and their children when young could be a contributing factor to Australia’s alarming rate of depression and suicide in youths. “There is a looming risk for children brought up in an untested environment (long-day care),” she said.
“They are a social experiment now. We will see how much alternative care they can cope with without compromising development.” Dr Packer was a contributor to pamphlets on display at Nambour General Hospital last week titled Alternatives to Smacking Children. While Dr Packer does not support smacking a child, even a controlled smack, she said what was more damaging was the lack of attention children got.
“More than anything that is changing in Australia is the connected time parents spend with their children,” she said. “It is plummeting. Which is more damaging, the occasional smack or level of attention? I would say the level of attention.” Dr Packer questioned why parents were having children when they did not want them and enjoy them.
Her sharpest criticism was levelled at parents who put their children in long-day care when they were less than a year old. “Babies in care from six weeks of age we are learning – and there is amazing research – how this affects the development of the right side of the brain,” she said. Dr Packer referred to the work of Professor Allan Shore, a leading neuroscientist at the University of California, who has done research into how parent-child interaction plays a key role in shaping the right side of infants’ brains.

And now some child care workers are even supporting her as well:

A child care industry insider says she supports the notion that long day care can be a form of child abuse. And the Sunshine Coast worker, who asked to remain anonymous, believed many others in the industry, who witnessed the trauma some children go through when left for long days, felt the same. “Some kids are dropped off at 6.30am and don’t get picked up until after 5pm,” she said.
“You see these kids and you go ‘you poor little things’, particularly when all the other parents are picking their kids up. They are always at the door waiting, looking. It is really sad. It is particularly hard in winter when they have been dragged out of their beds and they arrive looking like they’re thinking ‘What the hell am I doing here?’. They still want their mums.”

And we have decades of research to back up such concerns. Here is a small sampling of the data:

Taking a child away from its mother during its early years can result in a number of harmful results as one expert notes: “Children deprived of parental care in early childhood are likely to be withdrawn, disruptive, insecure, or even intellectually stunted. New research [even suggests] that the depression resulting from separation anxiety in early childhood can cause a permanent impairment of the immune system making these children prone to physical illness through their lives.”

Or as family guru Steve Biddulph writes, “It now appears that mother-baby interaction, in the first year especially, is the very foundation of human emotions and intelligence. In the most essential terms, love grows the brain. The capacities for what make us most human – empathy, co-operation, intimacy, the fine timing and sensitivity that makes a human being charismatic, loving, and self-assured – are passed from mother to baby, especially if that mother is herself possessed of these qualities, and supported and cared for, so that she can bring herself to enjoy and focus on the task.”

A parent’s absence or inaccessibility, either physical or emotional, can have a profound effect on a child’s emotional health. Harvard psychiatrist Armand Nicholi has observed that individuals who suffer from severe nonorganic emotional illness have one thing in common: they all have experienced the “absence of a parent through death, divorce, a time demanding job or other reasons”.

One study from Norway, for example, found that children experiencing less maternal care than others had higher levels of behaviour problems. Learning can also be impaired. Ernest Foyer, former U.S. commissioner of education, and president of the Carnegie Foundation for the Advancement of Teaching, has said that children in day care suffer in terms of language skills development.

An American study of 4000 children found that mothers who return to work soon after giving birth may harm their child’s school performance. The study showed that children of mums who work full-time struggled academically compared with those whose mums stayed at home. Other studies have even found that children who spend a lot of time in child care are more likely to join gangs as surrogate families.

A recent 10-year study involving 1,300 American children found that the more hours that toddlers spend in child care, the more likely they are to turn out aggressive, disobedient and defiant. The researchers said the correlation held true regardless of whether the children came from rich or poor homes.

More recent American studies bear this out. The largest long term study, which began in 1991, conducted by the National Institute of Child Health and Human Development found that the longer the hours a child stays in day care, the more aggressive, disobedient and difficult to get along with they become. And the Institute of Child Development of the University of Minnesota found similar problems of aggression and anxiety among young children who spend long hours in day care.

So why the incessant push to dump kids in day care if it is so harmful? I already mentioned economic pressures and constraints on families, and these need to be addressed. But there is another, darker reason – an ideological reason. You see, many feminists and social engineers have long insisted that this is the way forward. The truth is, the formal day care mentality is an integral part of feminist theory. Consider just a few representative quotes:

“No woman should be authorised to stay at home and raise her children. Society should be totally different. Women should not have the choice, precisely because if there is such a choice, too many women will make that one.” (Simone de Beauvoir)

“A variety of ways have been suggested for reducing [women’s] desire for babies. One commonly suggested proposal to achieve this goal is greater encouragement of labor-force participation by women. . . . [Perhaps girls could] be given an electric shock whenever they see a picture of an adorable baby until the very thought of motherhood becomes anathema to them. . .” (Jessie Bernard)

“The heart of woman’s oppression is her childbearing and childrearing roles.” (Shulamith Firestone)

“In order to raise children with equality, we must take them away from families and communally raise them.” (Mary Jo Bane)

“Unless women have, from the moment of birth, socialization for, expectations of, and preparation for a viable significant alternative to motherhood . . . women will continue to want and reproduce too many children.” (Wilma Scott Heide)

So an ideological agenda has been pushed here for many decades now. Radical social engineering is a big part of why we now readily part with our own babies and toddlers, giving them to complete strangers to look after during their most crucial stages of life.

It is amazing that we have managed to so thoroughly destroy mother’s instincts to look after her own children, at least while young. Anthropologist Margaret Mead once noted the radical shifts that must take place to break the mother-child bond:

The mother’s nurturing tie to her child is apparently so deeply rooted in the actual biological conditions of conception and gestation, birth and suckling, that only fairly complicated social arrangements can break it down entirely. . . . Women may be said to be mothers unless they are taught to deny their child-bearing qualities. Society must distort their sense of themselves, pervert their inherent growth-patterns, perpetuate a series of learning-outrages upon them, before they will cease to want to provide, at least for a few years, for the child they have already nourished for nine months within the safe circle of their own bodies.

So I say, let the debate continue.

22 Replies to “Day Care, Feminism, and the Wellbeing of Children”