The forthcoming Victorian election will again feature contrasting policies from the various parties. While some might argue that the two main parties are not all that different, there are still some significant differences which are worth highlighting.

I have already spoken to something of very great concern: Labor’s declared intention to attack religious freedom in Australia. I have discussed this ominous policy of Labor in some detail here: billmuehlenberg.com/2014/11/08/labors-anti-christian-agenda/

Since then a very helpful and brief video clip by Rev Dr Mark Durie has been produced, also emphasising the very real danger of this policy should Labor win office on Saturday. See it here: www.youtube.com/watch?v=1wlX8QsFGxA&sns=fb

Also, other religious leaders have come together to express their grave concerns about this decidedly anti-Christian agenda item: www.cam.org.au/News-and-Events/News-and-Events/News/Article/18001/Religious-groups-call-on-all-parties-to-leave-the-equal-opportunity-laws-alone#.VHFMhYuUe9z 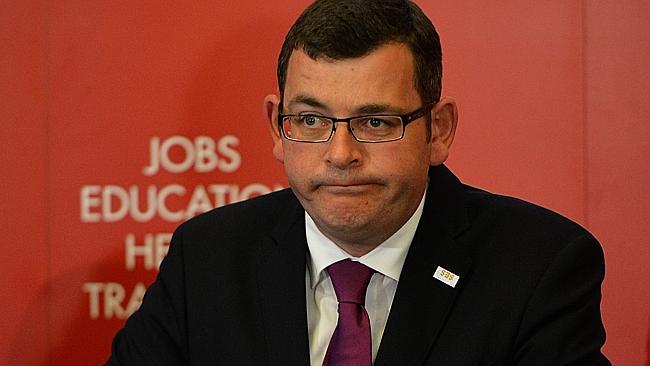 But this is not the only area of concern with Labor. If you go to their official state policy document, immediately after the bit about promising to infringe heavily on religious freedom, it has a section on “LGBTI Rights”. To see just how far into bed Labor is with the radical homosexual activists, simply have a read of what they intend to do:

Building on the record of reform that Labor has proudly delivered with respect to LGBTI rights, Labor affirms the rights to equality and decency for LGBTI Victorians as a missing part of the Victorian equality framework.
Labor will:
• Create a dedicated Cabinet role for LGBTI issues with a whole-of-government focus
• Remove discrimination against children of same-sex couples – and their parents – in relation to both knownparent (where an existing relationship exists between child and adoptive parent) adoption and adoption in general
• Continuing law reform to lift the burden of convictions under unjust, prejudiced laws for homosexual acts prior to decriminalisation in 1981 and to provide a formal State repudiation of, and apology for, those laws and the harm they caused
• Amend the Relationships Act 2008 to provide that only one person in a domestic partnership need have a connection with Victoria
• Amend the Relationships Act 2008 and other relevant laws so as to treat couples recognised under equivalent laws in other states, territories and overseas (including the unions barred by s.88EA of the Marriage Act 1961 from being recognised as marriages) as if their relationship were registered in Victoria
• Remove barriers to new birth certificates for transgender and intersex Victorians and address the discriminatory automatic divorce consequence for transgender Victorians
• Acknowledge the insidious impact of homophobia and develop a comprehensive plan to eliminate it
• Improve the health and safety of same sex attracted and gender questioning (SSAGQ) students by ensuring schools and health services effectively address homophobia, including content of sexuality education
• Provide education and support for parents of SSAGQ children and gender questioning young people, particularly in rural and CALD contexts
• Ensure LGBTI Victorians experiencing housing stress have support to overcome the cumulative effects of discrimination and have access to suitable social housing and crisis accommodation options

Wow, here we have just over one percent of the population being given rock star treatment. While Christians make up the majority of Victoria’s population, Labor has decided it will attack this large majority, while standing with this tiny minority. And Labor claims to represent all Victorians?

And the creation of “a dedicated Cabinet role for LGBTI issues with a whole-of-government focus”? Incredible. Why doesn’t Labor simply merge with all the homosexual lobby groups, and call itself the Sodomite Labor Party? Just what has possessed them to totally cave in to and fully promote their radical and dangerous agenda?

And as if that were not enough, just yesterday Labor again made a public release of its pro-homosexual agenda: “LABOR WILL STAND UP TO DISCRIMINATION AND FIGHT FOR EQUALITY”. It repeated some of the above, but then added this shocking policy announcement:

“Labor will repeal Section 19A of the Crimes Act 1958, Australia’s only HIV-specific law which discriminates against people living with the disease.” Just so that we are perfectly clear what we are talking about here, this is the bit they want to dump:

So let’s get this straight: Labor thinks to deliberately spread a known death-sentence such as HIV to another person is just peachy keen, and there should be no criminal charges or penalties for doing this. Right, got it. Labor is so utterly PC and pro-sodomy that it is now proudly announcing its willingness to endanger the entire State, all in the name of appeasing the militants.

This is criminal negligence and gross irresponsibility of the highest order. If Labor cares so little about Victorian citizens that it deliberately and proudly wants to put all their lives at risk, simply to keep the radical homosexual lobby happy, that tells us all we need to know about Labor.

There should be absolutely no doubt whatsoever by now that no rational person should even consider voting for Labor at this election. Certainly no person calling themselves a disciple of Jesus Christ can dare to vote for this utterly out of touch party.

Between its pro-death stance on abortion, its radical anti-Christian agenda, and its sheer determination to do anything and everything for the radical homosexual militants, this is not a party we can support. Please vote accordingly.