Anything – even presumably good things – can become an idol if they take priority and precedence over God himself. And this happens all the time: Christians will go utterly overboard on some cause or activist agenda item, while ignoring basic biblical concerns.

We certainly can get that with the whole area of climate alarmism. Not only has so much of this become a religious crusade for so many, but often it is not even based on real science, but on emotion, fear, political correctness, and media and activist agendas being pushed. Yet one Christian after another seems to be falling for this.

Thus we now hear about “climate justice”! And various religious groups are turning all this into a full-blown action item. For decades the radical environmentalists have sought to make this into a new religious movement. Now we have religious folks chipping in. Consider this recent example:

Forty days of Lent this year will equate to 40 days of fasting for Catholics in 40-plus countries in a push for greater unity and action around the issue of climate change. The Global Catholic Climate Movement, which formed in January, officially announced on Monday the Lenten Fast for Climate Justice. The goal is to raise awareness on climate change as well as for Pope Francis’ Lenten call to confront “a globalization of indifference,” and to spur world leaders to work out a binding agreement to stave off a temperature rise above 1.5 degrees Celsius (2.7 degrees Fahrenheit), compared to pre-industrial levels. Climate scientists and politicians have regularly pointed to maintaining an increase of no more than 2 degrees Celsius to avoid the worst effects of climate change.
“The essential message is reduce our carbon footprint and increase our spiritual footprint,” said Jacqui Rémond, director of Catholic Earthcare Australia, which is coordinating the fast there. The climate justice fast is one of several similar efforts worldwide. The Fast for the Climate is an interfaith campaign that began Dec. 1 — the start of the United Nations climate negotiations in Lima, Peru — and will continue through the end of November when the talks resume in Paris. The interfaith group Our Voices and the Anglican church is South Africa are also holding climate-focused Lenten fasts. 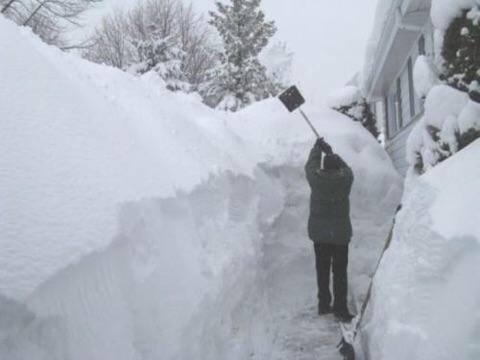 So what is wrong with all this? Well, there is nothing wrong with having a proper – and biblical – concern about God’s creation. We are called to be good stewards of planet earth and take care of it. But we are not to worship the earth, nor are we to embark upon holy crusades based on dodgy science, political manoeuvring, and unhelpful fear mongering.

I will look at the actual science in a few moments, but another thing can be said here. I really wonder if these same Catholics (and there are plenty of Protestants doing the same silly things here) are just as active in standing up for the unborn. Are they also rallying to defend marriage and family from the ongoing, sustained attacks?

Why do I suspect that most of these folks don’t give a rip about the unborn, actually support homosexuality, and are just pushing all the latest secular left agenda items? Instead of running with key biblical concerns, they just hop on the bandwagon of whatever trendy cause is being promoted by the media and the activists.

As to the science, well, we continue to be getting a massive con job here by the alarmists and their media groupies. Remember those claims about last year being the ‘hottest year’? Sorry, but pure hype. Even NASA admitted they were only 38% sure they were right about this.

The truth is, this winter has been setting all sorts of records for bitter cold and low temperatures in the northern hemisphere. Consider just a few inconvenient truths here for the alarmists to take on board:

The death rate in England and Wales is about a third higher than normal for this time of year, official figures show, as the winter freeze tightens its grip on swaths of Britain. About 28,800 deaths were registered in the fortnight ending 23 January, according to the Office for National Statistics (ONS). This is 32% higher than the average for that period over the previous five years (21,859).
Many locations in the Northeast are experiencing their coldest February on record. Toronto – Shaping up to be coldest February on record. Michigan – on pace for coldest February ever. Connecticut – Coldest Month on Record.
As for daily records, some of those dating back to the 1800s were broken in multiple cities from the Midwest to the East, saysAccuweather.com. Record lows were reported in Michigan, Ohio, Pennsylvania, New York, Missouri, North Carolina, Georgia, Florida, Kentucky and Illinois
Cities reporting record-shattering lows on February 20 included Detroit, Michigan, and Cincinnati, Ohio, where the mercury plunged to -12 F (-24 C). Temperatures in Pittsburgh dropped to -9 F (-23 C), while temperatures in New York City fell to 2 F (16.7 C). All new records. Chicago is about to break a 140-Year-Old Cold Record.

And here down under we have more wild claims, only to be smashed by the evidence. I recall one weather forecaster after another just a few months ago telling us that Melbourne would be having an extremely hot summer. Fortunately a few were willing the past few days to tell us the actual situation: we have just had the coolest summer in a decade, with not even one day over 40 degrees.

It is always much easier to make wild predictions of coming climate apocalypses than it is to look back and confess how far wrong these claims in fact were. But there is now a whole industry based on this. People’s jobs, research grants, political privilege and the like are all on the line: the hysteria must continually be whipped up. As James Taylor comments:

The most meaningful lesson from the unusually cold and snowy recent winters is that global warming is so minor as to be barely noticeable. When temperatures rise merely a fraction of one degree, the polar ice caps won’t melt, the oceanic conveyor belt will not shut down, alligators will not take up residence in Montana, cats will not start living with dogs, and winters will not suddenly disappear. We will still have very cold and snowy winters. We will still have hot summers. Your grandfather will still claim that to make it to school each day he walked barefoot through the snow, uphill each way.
Global warming alarmists will still try to sell their snake oil, hoping you will forget that tornadoes, hurricanes, droughts, floods, snow, and heat waves all really did occur prior to 1988. Most of these events actually occurred more frequently in decades past. And global warming activists will try to induce you to forget their prior snake-oil predictions, like the warm and snow-free predictions issued by the IPCC. They claim every weather and climate event – whether warmth or cold, rain or shine – is caused by global warming. Global warming is the new snake oil that soulless hucksters on the Western frontier claimed applied to every malady a person could experience.

Or as Christopher Booker writes, “we are STILL being tricked with flawed data on global warming”. He goes into great detail about the bogus claims about 2014, examining how the data is being deliberately fudged, then concludes:

By far the most comprehensive account of this wholesale corruption of proper science is a paper written for the Science and Public Policy Institute, “Surface Temperature Records: Policy-Driven Deception?”, by two veteran US meteorologists, Joseph D’Aleo and WUWT’s Anthony Watts….
One of the more provocative points arising from the debate over those claims that 2014 was “the hottest year evah” came from the Canadian academic Dr Timothy Ball when, in a recent post on WUWT, he used the evidence of ice-core data to argue that the Earth’s recent temperatures rank in the lowest 3 per cent of all those recorded since the end of the last ice age, 10,000 years ago.
In reality, the implications of such distortions of the data go much further than just representing one of the most bizarre aberrations in the history of science. The fact that our politicians have fallen for all this scary chicanery has given Britain the most suicidally crazy energy policy (useless windmills and all) of any country in the world.
But at least, if they’re hoping to see that “universal climate treaty” signed in Paris next December, we can be pretty sure that it is no more going to happen than that 2014 was the hottest year in history.

I for one believe that fasting is indeed an important spiritual discipline and one endorsed by Scripture. But I will save it for genuine spiritual activities, not for bogus political ideology and agendas. And if I will pray and fast for vital moral issues of the day, it sure won’t be for the global warming hysteria, but for real issues, such as the slaughter of the unborn and the mass attack on God’s institutions of marriage and family.

8 Replies to “The Idolatry of Climate Madness”