OK, I admit it: I am angry. And you should be too. I am just livid at the moment. And if this does not make your blood boil, then you are morally and spiritually dead. Sorry, it is that bad. I just read an “opinion” piece in the online Herald Sun which effectively seeks to make the case that paedophiles are victims, they can’t help it, they are born that way, and we should feel sorry for them.

Yes they actually had the moral bankruptcy to run with something that despicable. The author is one Tory Shepherd. After a quick web search, it seems she is yet another feminist writer who likes to push the boundaries. And I noticed that this article also appeared in the Adelaide Advertiser, the Daily Telegraph, and so on. 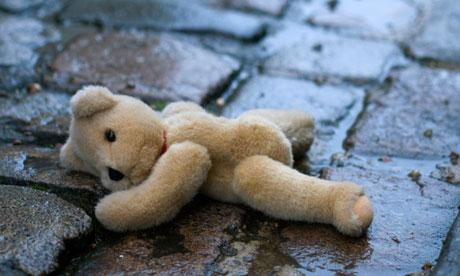 Thus it is featuring in much – perhaps all – of the Murdoch press here. I no longer read their hard copy publications, and only read what I can get online, so this may only be what is featured in their online editions. I look through the HS site several times daily, and had not noticed this piece until an hour ago.

I thought it was reprehensible and closed it. But I went back there a few minutes later and it was no longer on their home page. Perhaps the editors got a slight tinge of conscience and decided that featuring this pro-paedophilia garbage may not be the wisest thing to do – at least so openly.

But it appears in what seems to be a rather new section: “RendezView: The Meeting Place for News-Making Views”. If you click on it, it will take you to another page, and sure enough, there you will find the utterly appalling piece. I still am reeling that a major Australian newspaper (or by the look of it, a number of them) would actually resort to printing such trash.

And of course it begins the very way I and others said the defence of paedophilia would proceed: “If people are born straight, or gay, is it possible that paedophiles can’t help being what they are? Evidence shows that it might be true; paedophiles are born that way. Recent research suggests some faulty wiring in the brain. Things about children that are meant to elicit a protective response instead elicit a sexual one.”

Here we go again, just as we warned. If homosexuals can’t help it and are born that way and must therefore be granted special rights, well, who will be next? We warned years ago that the very same “reasoning” would be used to justify and promote paedophilia.

And surprise, surprise – what do we have here? Yep, exactly as we predicted. Here we have this “journalist” telling us the evidence is there. Yeah right, sure it is. But why stop there? Surely there is evidence that some people are born with the desire to rape, to murder, to steal, to lie, and to write moronic opinion pieces for the Murdoch press.

Hey, they were born that way and they can’t help it. Well guess what lady? I was born with a genetic predisposition to hate the abuse of children, and to abhor those who try to make idiotic excuses and justifications for it. Indeed, this woman actually goes on to talk about a US group called “Virtuous Paedophiles”. Yes you read that right.

After all, it is just as likely that they were born this way as well. Hey, they can’t help it. They are really the victims here. They need our help. We should feel sorry for them and support them. Let’s encourage them and promote them. Gee, we really appreciate getting all this sorted out Tory.

The thing that absolutely makes me want to scream is where she actually comes out and says this about those of us (the 99.9999 per cent of Australians) who find all this utterly reprehensible: we are just “self-appointed virtue police”.

Well, we sure wouldn’t want any of those nasty folks around, now would we? Paedophiles are just peachy – let’s give them special rights and hope we can get more of them to come out of the closet. But watch out for those really horrible “virtue police”.

Hey Tory, I got some news for you: yes it is always virtuous to hate child sex abuse, and it is always a vice to seek to defend it in any way. There is nothing virtuous at all about those sick individuals who get their kicks out of lusting after little boys and girls.

There is nothing evil about being a normal human being who still has a conscience and still thinks paedophilia is one of the most despicable and diabolical things one can ever get involved in. But such is the upside down world of moral inversion and moral perversion that the folks at the Murdoch press are just tickled pink to give paedophile promoters a free run on their pages, and to let them attack ordinary Australians who detest paedophilia with a passion.

The Herald Sun, the Advertiser, and so on owe the entire Australian community, especially its children, a massive apology. Just what in the world are some morally deficient editors there thinking? How in the world could they even consider running with such complete rubbish?

Rupert Murdoch, do you know what your papers are dishing up? When we have gotten this far down the moral gurgler that a major group of newspapers does not have the slightest qualm about pushing a pro-paedophile piece, then you know we have reached rock bottom.

No society can last much longer when it manages to convince itself that paedophiles and their deluded defenders are the good guys, and those of us who get sick in the stomach just thinking about it are the bad guys.

28 Replies to “Paedophile Promoters in the Mainstream Media”