One good way to spot a phony Christian is when some crucial moral or social issue comes up. When they declare their hand, that usually tells us all we need to know about a person’s supposed Christian credentials. For example, if you get some guy claiming to be a Christian yet fully supports something like baby killing, you can call his bluff real quick. 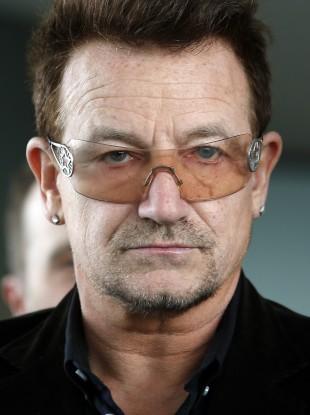 Another clear-cut acid test of Christian commitment has to do with the issue of homosexuality. If you get someone trying to tell you that homosexual marriage is just peachy and Jesus would be fully supportive of it, then you know you’ve got a religious fraud on your hands, and you should give him a very wide berth.

One so-called believer who has worried me greatly for years has in my eyes nailed his coffin completely by his recent support of sodomite marriage. Bono and U2 are going utterly brain-dead in supporting the Irish vote on homosexual marriage.

So if you think Bono is some sort of great Christian, you better think again. This comes from the U2 website:

On Friday Ireland votes in an historic referendum on legalising same-sex marriage. Here’s what the band say: #voteYes.
“Commitment, love and devotion are some of the most impossibly great human traits. Trying to co-opt the word marriage is like trying to make love or devotion gender- or religion-specific. And that has to stop. Marriage is human-specific: a human commitment, one that transcends religion, transcends politics. It should be encouraged wherever, whenever and between whomever that love, that devotion and that commitment exists. #voteYES”

This has got to be one of the most idiotic things I have read in a long time. We expect atheists and militant homosexual activists to come up with sheer baloney like this, but someone who calls himself a Christian? This man is a fool, in the biblical sense of the word.

Moreover, marriage transcends religion? But, every major religion in the world takes a dim view of homosexuality. And there are plenty of secular reasons to reject homosexual marriage as well. I have written three books on this already.

Even if you do not have a religious bone in your body, there are plenty of arguments to be made from the secular point of view against sodomy and sodomite marriage. But it is the final line that is utterly amazing: “It should be encouraged wherever, whenever and between whomever that love, that devotion and that commitment exists.”

I can’t believe what an appallingly idiotic and stupid thing he has actually said here. Have U2 no brains at all? Is their moral status on par with a Frisbee? Is their biblical conviction reduced to whatever the editorial policy of the New York Times states?

This just makes me livid. This is everything the Bible warns about when it discusses false prophets and false teachers. We are to avoid such fakes like the plague, yet tragically millions of mindless and biblically illiterate followers of them will gobble up every stupid thing they say here.

And this is not just a one off. It seems they have penned an entire song on this, and are even dragging Jesus into this depravity. Consider what this article says.

U2 took to Instagram recently to show their support of gay marriage for Ireland’s vote to redefine their constitution. The band, who’s never been labeled as passive on social issues, used their lyrics for “Pride (In The Name of Love),” a song which describes Christ’s love, to encourage people to vote yes on the referendum.
According to CNN, the referendum would redefine marriage as “contracted in accordance with law by two persons without distinction as to their sex.” Though Bono has been outright about the role Jesus has in his life, he’s also said marriage is not religious. “Marriage is now an idea that transcends religion,” he says. “It is owned by the people. It is not a religious institution.”

Now in my books, this really takes the cake. Dragging in the holy Son of God to support this sham mockery of biblical marriage, and a lifestyle God has called an abomination, is the height of rebellion against God and a clear rejection of biblical truth.

These guys are complete frauds who are leading millions astray, and one day they will stand before their judge to give an account of their deceiving and immoral ways. We can and should pray for them of course that they see the light and repent – big time. But they deserve no support, no encouragement, and no endorsement.

They are false shepherds who are doing the enemy’s work, not God’s.