Abraham Lincoln is remembered for many things. He was the 16th President of the United States, and he was assassinated while attending a theatre on April 15, 1865. But it was his fight against slavery, culminating in the Civil War (1861-1865) that most folks may remember him for.

Here I want to look at one brief part of his life, from the 1860 presidential election. The Republicans, led by Lincoln, had opposition to slavery in the territories as part of their party platform. One of Lincoln’s speeches from this period is worth focusing on.

One line especially stands out, and I was reminded of it again last night at a public meeting when a Queensland politician quoted it, using it to stir the troops on in more pro-life, pro-family and pro-faith activism. The line was about a coming storm. 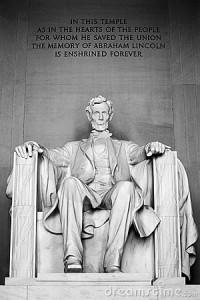 The speaker last night warned of the ongoing threats of anti-Christian bigotry and the loss of religious freedom. When I spoke last night I mentioned the gathering storm line, and said some of us have been warning about this for decades now, but usually our words fall on deaf ears.

Thus it was great that George Christensen brought it up last night. The storm clouds are indeed circling, and those who stand for life, for faith, and for freedom can expect things to heat up even further, with more persecution and tribulation ahead.

But as we stand for what is right, God will be there to help us. I looked up just now the line from Lincoln, and found one site which is worth presenting here. It is simply a part of a book which touches on this. The excerpt comes from The Life of Abraham Lincoln by Henry Ketcham and is worth sharing at length here:

Though Lincoln had much to cheer him, he had also his share of annoyances. One of his discouragements was so serious, and at this day it appears so amazing, that it is given nearly in full. A careful canvas had been made of the voters of Springfield, and the intention of each voter had been recorded. Lincoln had the book containing this record. He asked his friend Mr. Bateman, the State Superintendent of Public Instruction, to look through the book with him. They noted particularly those who might be considered leaders of public morals: clergymen, officers, or prominent members of the churches.
When the memorandum was tabulated, after some minutes of silence, he turned a sad face to Mr. Bateman, and said: “Here are twenty-three ministers, of different denominations, and all of them are against me but three; and here are a great many prominent members of the churches, a very large majority of whom are against me. Mr. Bateman, I am not a Christian – God knows I would be one – but I have carefully read the Bible, and I do not so understand this book.” He drew from his pocket a New Testament. “These men well know that I am for freedom in the territories, freedom everywhere as far as the Constitution and laws will permit, and that my opponents are for slavery. They know this, and yet, with this book in their hands, in the light of which human bondage cannot live a moment, they are going to vote against me. I do not understand it at all.”
After a long pause, he added with tears: “I know there is a God, and that He hates injustice and slavery. I see the storm coming, and I know that His hand is in it. If He has a place and work for me – and I think He has – I believe I am ready. I am nothing, but truth is everything. I know I am right because I know that liberty is right, for Christ teaches it, and Christ is God. I have told them that a house divided against itself cannot stand, and Christ and reason say the same; and they will find it so. Douglas doesn’t care whether slavery is voted up or voted down, but God cares, and humanity cares, and I care; and with God’s help I shall not fail. I may not see the end; but it will come and I shall be vindicated; and these men will find that they have not read their Bibles aright.”
After another pause: “Doesn’t it appear strange that men can ignore the moral aspects of this contest? A revelation could not make it plainer to me that slavery or the government must be destroyed. The future would be something awful, as I look at it, but for this rock [the Testament which he was holding] on which I stand, – especially with the knowledge of how these ministers are going to vote. It seems as if God had borne with this thing [slavery] until the very teachers of religion had come to defend it from the Bible, and to claim for it a divine character and sanction; and now the cup of iniquity is full, and the vials of wrath will be poured out.”
Lincoln did not wear his heart upon his sleeve. On the subject of religion, he was reticent to a degree. Peter Cartwright had called him an atheist. There was a wide, if not general, impression, that he was not a religious man. This did him great injustice. It is for this reason that his remarks to Mr. Bateman are here quoted at length. From his early boyhood, from before the time when he was at great pains to have a memorial sermon for his mother, he was profoundly, intensely religious. He did no injustice to any other man, he did not do justice to himself.

As has been pointed out countless times, the struggles we have today in the fight for the unborn are remarkably similar to the fight over slavery back then. Both abolition movements have staunch opponents who hate what we do, and use any and all means to shut and shout us down.

In both cases, it is knowing that we are on the side of right, and that a God of justice cannot countenance the horrible treatment of fellow human beings that gives us courage and determination to press on and never quit. Yes indeed, God is a God of justice, and justice must begin in the womb.

If it does not begin there, then we are only fooling ourselves. The right to life is the most fundamental of human rights. And as the secular left digs its heels in and gets further entrenched in government and the institutions of power and influence, it gets harder for prolifers.

We are already seeing those who stand up for marriage and family being jailed, fined and kicked out of their jobs. Some brave prolifers have already faced jail terms. But the anti-Christian persecution continues to mount in the West, so there are indeed dark storm clouds coming.

As I have said so often, I expect that things will get worse before they get better. But know that God is with us as we stand for that which is right, whether it is in our fight for the unborn, for family and marriage, or for religious freedom. Each of us need to stand with Lincoln here:

“I know there is a God, and that He hates injustice and slavery. I see the storm coming, and I know that His hand is in it. If He has a place and work for me – and I think He has – I believe I am ready. I am nothing, but truth is everything. I know I am right because I know that liberty is right, for Christ teaches it.”

8 Replies to “Lincoln, Life and Liberty”