The homosexual and gender bender activists are seeking to remake society in their own bent image, and are causing untold damage along the way, especially to our children. The uber-craze of transgenderism is now sweeping the West, with the militants seeking to indoctrinate an entire generation into believing that biology and reality are not to be trusted, and that there are untold genders and sexualities one can choose from. 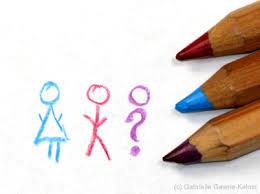 Of course the utterly bizarre thing in all this is the fundamental contradiction involved here: the activists insist that a homosexual is born that way and can never change, and it is harmful to even try, but in the same breath they insist that we can be whatever gender we want to be, with no limits to the preferences, attractions and identities one might run with.

So science and biology have been trashed as the activists seek to reinvent human sexuality, and in the process, reinvent reality. But facts are stubborn things, and when we say no to the ideologues, and listen instead to what science has to say, we get a very different picture than what the activists and their media sycophants are giving us.

Now a very thorough and very important new research paper has just appeared, summarising the data on “Sexuality and Gender: Findings from the Biological, Psychological, and Social Sciences”. Taking up the entire 143-pages of the Fall 2016 issue of The New Atlantis: A Journal of Technology and Science, it contains 373 footnotes involving some 200 peer-reviewed research studies on the issues.

The editors say this in part about the special issue of The New Atlantis:

We offer this report – written by Dr. Lawrence S. Mayer, an epidemiologist trained in psychiatry, and Dr. Paul R. McHugh, arguably the most important American psychiatrist of the last half-century – in the hope of improving public understanding of these questions. Examining research from the biological, psychological, and social sciences, this report shows that some of the most frequently heard claims about sexuality and gender are not supported by scientific evidence. The report has a special focus on the higher rates of mental health problems among LGBT populations, and it questions the scientific basis of trends in the treatment of children who do not identify with their biological sex.

The entire report is must reading, but thankfully we have a very helpful summary of the entire report. So important is this that I here offer the “Executive Summary” in full:

This report presents a careful summary and an up-to-date explanation of research – from the biological, psychological, and social sciences – related to sexual orientation and gender identity. It is offered in the hope that such an exposition can contribute to our capacity as physicians, scientists, and citizens to address health issues faced by LGBT populations within our society.
Some key findings:

Part One: Sexual Orientation
? The understanding of sexual orientation as an innate, biologically fixed property of human beings – the idea that people are “born that way” – is not supported by scientific evidence.
? While there is evidence that biological factors such as genes and hormones are associated with sexual behaviors and attractions, there are no compelling causal biological explanations for human sexual orientation. While minor differences in the brain structures and brain activity between homosexual and heterosexual individuals have been identified by researchers, such neurobiological findings do not demonstrate whether these differences are innate or are the result of environmental and psychological factors.
? Longitudinal studies of adolescents suggest that sexual orientation may be quite fluid over the life course for some people, with one study estimating that as many as 80% of male adolescents who report same-sex attractions no longer do so as adults (although the extent to which this figure reflects actual changes in same-sex attractions and not just artefacts of the survey process has been contested by some researchers).
? Compared to heterosexuals, non-heterosexuals are about two to three times as likely to have experienced childhood sexual abuse.

Part Two: Sexuality, Mental Health Outcomes, and Social Stress
? Compared to the general population, non-heterosexual sub-populations are at an elevated risk for a variety of adverse health and mental health outcomes.
? Members of the non-heterosexual population are estimated to have about 1.5 times higher risk of experiencing anxiety disorders than members of the heterosexual population, as well as roughly double the risk of depression, 1.5 times the risk of substance abuse, and nearly 2.5 times the risk of suicide.
? Members of the transgender population are also at higher risk of a variety of mental health problems compared to members of the non-transgender population. Especially alarmingly, the rate of lifetime suicide attempts across all ages of transgender individuals is estimated at 41%, compared to under 5% in the overall U.S. population.
? There is evidence, albeit limited, that social stressors such as discrimination and stigma contribute to the elevated risk of poor mental health outcomes for non-heterosexual and transgender populations. More high-quality longitudinal studies are necessary for the “social stress model” to be a useful tool for understanding public health concerns.

Part Three: Gender Identity
? The hypothesis that gender identity is an innate, fixed property of human beings that is independent of biological sex – that a person might be “a man trapped in a woman’s body” or “a woman trapped in a man’s body” – is not supported by scientific evidence.
? According to a recent estimate, about 0.6% of U.S. adults identify as a gender that does not correspond to their biological sex.
? Studies comparing the brain structures of transgender and non-transgender individuals have demonstrated weak correlations between brain structure and cross-gender identification. These correlations do not provide any evidence for a neurobiological basis for cross-gender identification.
? Compared to the general population, adults who have undergone sex-reassignment surgery continue to have a higher risk of experiencing poor mental health outcomes. One study found that, compared to controls, sex-reassigned individuals were about 5 times more likely to attempt suicide and about 19 times more likely to die by suicide.
Children are a special case when addressing transgender issues. Only a minority of children who experience cross-gender identification will continue to do so into adolescence or adulthood.
? There is little scientific evidence for the therapeutic value of interventions that delay puberty or modify the secondary sex characteristics of adolescents, although some children may have improved psychological well-being if they are encouraged and supported in their cross-gender identification. There is no evidence that all children who express gender-atypical thoughts or behavior should be encouraged to become transgender.

Part of the conclusion of the report is also well worth sharing here:

Some of the most widely held views about sexual orientation, such as the “born that way” hypothesis, simply are not supported by science. The literature in this area does describe a small ensemble of biological differences between non-heterosexuals and heterosexuals, but those biological differences are not sufficient to predict sexual orientation, the ultimate test of any scientific finding. The strongest statement that science offers to explain sexual orientation is that some biological factors appear, to an unknown extent, to predispose some individuals to a non-heterosexual orientation.
The suggestion that we are “born that way” is more complex in the case of gender identity. In one sense, the evidence that we are born with a given gender seems well supported by direct observation: males overwhelmingly identify as men and females as women. The fact that children are (with a few exceptions of intersex individuals) born either biologically male or female is beyond debate. The biological sexes play complementary roles in reproduction, and there are a number of population-level average physiological and psychological differences between the sexes. However, while biological sex is an innate feature of human beings, gender identity is a more elusive concept.
In reviewing the scientific literature, we find that almost nothing is well understood when we seek biological explanations for what causes some individuals to state that their gender does not match their biological sex. The findings that do exist often have sample-selection problems, and they lack longitudinal perspective and explanatory power. Better research is needed, both to identify ways by which we can help to lower the rates of poor mental health outcomes and to make possible more informed discussion about some of the nuances present in this field.

This important document must be carefully read, mastered and utilised as we take on the emotional blackmail of the gender benders. Fact and science, not ideology and emotion, are what are most needed in this debate. And please share this report far and wide.