Whether a national plebiscite on the redefinition of marriage in Australia ever takes place or not is now up in the air. The Senate may well block the move, as activists and leftist political parties are worried about how such a vote might go. They now want to again use Parliament to keep pushing for their radical plans, so at this point a plebiscite to be held sometime early next year is no certainty.

Nonetheless we must keep involved in the battle, and keep making the case for why traditional marriage is worth defending. Whatever means the activists use, we must always stand for what is right, and always defend the greatest social institution ever known to man.

This is a war of attrition, with the activists hoping to wear down the Australian public as they seek to ram down our throats their radical social engineering agenda. Since the 2004 amendment to the Marriage Act, there have been 16 pro-homosexual marriage bills presented in Parliament and debated. Thankfully they all have been rejected.
apo.org.au/files/Resource/parliamentarylibrary_chronologyofsamesexmarriagebillsintroducedintothefederalparliament_jun_2015.pdf 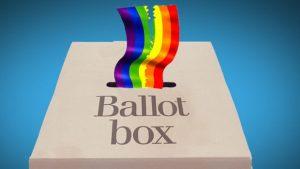 Because the Parliament has stood firm up until now, the activists then began speaking about “the people” and things like a marriage plebiscite or referendum. They insisted that the majority of Australians want to change the Marriage Act and that such change was inevitable.

But as it becomes more and more clear that the majority of Australians do not actually support the radical overhaul of marriage, and the negative effects this will have on children, they are now doing everything they can to deny the Australian people the right to vote on such an important issue.

They think the masses are just too dumb or too ignorant to be allowed to vote on something this revolutionary, and they want just a handful of politicians to again decide on this. So they are making lame excuses about how a plebiscite will harm homosexuals, or it is just an expensive opinion poll, and so on.

But the activists sure did not talk this way when they applauded a similar means used in Ireland recently to ram through homosexual marriage. And a plebiscite costing $160 million – as estimated by the Australian Electoral Commission – is a mere 0.04 per cent of the total Federal government budget of $400 billion.

But recent polling done for the Labor party shows that a plebiscite will likely lose, so they are now running scared big time. As one news item put it, “Labor insists that research suggests the plebiscite will fail if it is held.”
www.dailytelegraph.com.au/news/nsw/samesex-marriage-plesbiscite-bill-shorten-set-to-pull-plug-on-turnbulls-plan/news-story/7ad1d01874aaf40c1af2188db551bd22

The anti-democratic nature of the activists is on full display here. They fear the people. They dislike the people. They want their brave new world created by force of law, with an activist State forcing the masses to do the bidding of the homosexual activists.

This is the stuff of totalitarians, not a free people. In a democracy such as Australia the people should have the freedom to say what they like on such vital issues which impact all of us, and they should certainly have the right to vote on such matters if need be.

A few home truths need to be repeated here in the face of all this. Marriage has always been between a man and a woman, and for good reason. Australian law has always supported the true understanding of marriage, as has almost every culture throughout human history. It has only been in the past decade or two that there have been these incredible moves to redefine it out of existence to placate a very small and vocal minority group.

Marriage has been seen as the ultimate social institution, and one that protects the next generation. If children had nothing to do with marriage then governments would have no reason to be interested in marriage. But when the wellbeing of the next generation is at stake, then governments have an obligation to promote the one known family structure that children do best in: families bound by heterosexual marriage.

Other relationships are just that – relationships. Homosexual couples already have all the same freedoms and rights as do heterosexual couples. Redefining the social institution of marriage is not necessary, and in fact will undermine the very rationale for marriage.

But all this I have argued for at length with copious amounts of documentation in various books and articles. Here are just four articles which summarise in outline and bullet-point form the arguments against homosexual marriage. Please make use of these truths as you stand up for marriage:

Let me deal with a few other matters here. People often ask me if I believe we will one day lose, and the definition of marriage will change. My reply usually goes something like this: Nothing is inevitable, especially when God’s people get serious about being salt and light in their culture, and work hard and pray hard to preserve God’s institutions of marriage and family.

The old saying by Edmund Burke about evil occurring when good people do nothing is certainly applicable here. Moreover, there never is a right to do that which is wrong. If homosexual marriage one day becomes the law of the land in Australia that really changes nothing.

Real marriage will still always be between a man and a woman. And even if the attack on marriage succeeds, that is not the end of the story. While it is harder to undo a bad law, those concerned about marriage and family and the wellbeing of children will continue to work for real marriage, and oppose its counterfeit with all its harmful fallout.

I have sought to do this all along. I have already written three books and hundreds of articles on the homosexual lobby’s attempt to redefine marriage and radically transform society. I have been working on this for decades and I will continue to work on this, regardless of what law changes may occur in the near future.

The wellbeing of our children, the social good, and the nature of true marriage can never be abandoned. We must always fight for that which is right. Nothing is a foregone conclusion. A few centuries ago most people thought that slavery was a foregone conclusion, an inevitability that would never change.

But courageous people like Wilberforce thought otherwise, and worked with all their might to challenge this great social evil. And in the end they prevailed. Right now we have managed to protect marriage, and thus protect society, and especially our children.

But the other side is relentless as I mentioned, and they will neither sleep nor eat till they have achieved their nefarious goals. They will persevere and simply hope that we tire too easily and just give up. They assume they will win soon enough.

All the more reason for us to redouble our efforts, redouble our prayers, and redouble our concern for this nation and its people. Marriage is a most important social institution which is well worth fighting for. So too is the wellbeing of our children and grandchildren.

13 Replies to “On the Australian Marriage Plebiscite”