The homosexual and transgender war on reality, on biology, on family, on children, and on society is spinning out of control, with no end in sight. Every day new horror stories emerge which even the mainstream media feel compelled to report on. 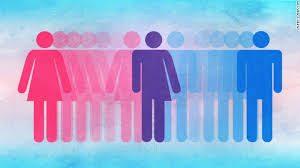 The activists have especially declared war on our women and children. They really do seem to hate them. There is no other way to account for the horrific attack on them by the aggressive gender bender activists. These militants utterly despise our children and our women, otherwise they would not be inflicting so much misery on them.

Once again, it is a full time job just to keep up with these cases. Simply consider some recent Australian headlines on these matters:

Safe Schools program push for SA children as young as five in Flinders Uni proposal
August 16, 2016
South Australian children as young as five should be introduced to concepts such as cross-dressing and gender reassignment surgery as part of a program that aims to promote acceptance, a Flinders University research team reportedly says.
The Australian newspaper reports that the team recommended the Safe Schools program, which is designed for students in Years 7 and 8, be rolled out to SA primary schools. This follows a study into the idea in which students from reception upwards took part in story time sessions featuring books with transgender characters and concepts including crossing-dressing and gender reassignment surgery, the newspaper reports.
The push comes despite a report acknowledging many of the students who participated in the study struggled to understand some of the narratives.

Students asked to consider sex acts in school guide
August 19, 2016
A new sex education guide being promoted by the research institute behind the Safe Schools program provides students with explicit descriptions of more than a dozen sexual activities. La Trobe University’s Australian Research Centre in Sex, Health and Society this month launched Transmission, a film with related educational activities that introduces its Year 10 audience to a range of highly sexualised terms that have not previously been canvassed in sex education curriculums….
While the resource is centred on a film about HIV and sexually transmitted infections which was partly funded with a $15,200 grant from the Lord Mayor’s Charitable Foundation, one of the accompanying activities focuses on sexual pleasure. In one classroom activity, students are asked to consider a list of 20 ways of “engaging in sexual pleasure” to determine which activities they “think might be okay”. They are then asked to sort each sex act by their level of comfort.

Police investigate crossdresser attacks on schoolgirls at Parkdale and Mentone
August 30, 2016
A 16-year-old schoolgirl was assaulted by a man dressed in women’s clothes as she walked to a school bus stop in Parkdale this morning. The girl was walking alone down McSwain St, Parkdale, at 8am and was looking down at her books when she was approached by a man who began screaming at her. The man chased after her and threw what was believed to be coffee on the young girl.

Same-sex couple wage parental fight over five-year-old daughter
August 31, 2016
A mother and her former same-sex partner — who was also her egg donor — have waged a costly legal tug of war over who is a parent of their five-year-old daughter. The birth mother, identified in Family Court documents by the pseudonym “Ms Clarence”, demanded sole parental rights.
She argued her relationship with “Ms Crisp” was over by the time she was implanted with daughter “P’s” embryo. Ms Crisp sought joint rights. The court heard the women became a de facto couple in 2004. Ms Clarence argued the relationship ended when Ms Crisp moved out of their joint residence in March 2011, four months before the procedure by which P was conceived.

Preschooler begins transition aged four: Children as young as three claiming gender dysphoria
September 1, 2016
A four-year-old preschooler in NSW has begun “transitioning” their gender before attending their first day of kindergarten, amid a wave of young children across Australia who are seeking to change sex. The Baird government has revealed “a number of students” are transitioning their gender in primary schools.
The revelation comes as referrals to The Children’s Hospital at Westmead for gender services have tripled, with one doctor saying they had “escalated rapidly” across every state. In another major children’s hospital, 250 children — some as young as three — are being assisted by the gender dysphoria unit.
Psychologists yesterday questioned whether it was too young for a four-year-old to be transitioning gender. The case emerged during an exchange at a state government budget estimates hearing that delved into the Safe Schools program.

And consider some similar cases from overseas:

North Carolina man arrested for indecent exposure in women’s restroom
July 6, 2016
A North Carolina woman says she fears for the safety of herself and other women in her state after a man reportedly entered the women’s restroom of a popular Charlotte restaurant and fondled himself. On Sunday, the woman said she was using the women’s restroom at the 7th Street Public Market when she saw an obviously masculine foot in the stall next to her.
Then she noticed a male voice moaning. “He was playing with himself,” she told WCCB-TV with obvious hesitation. Her husband said that he chased the man down the street.

‘Transgender’ male arrested for taking pictures of woman in Target changing room
July 13, 2016
A biological male who claims to be a woman has been arrested for taking pictures of a woman in the changing room of a Target store. Police say 43-year-old Sean Patrick Smith of Idaho Falls entered the women’s changing area of a Target in Ammon, Idaho, on Monday dressed as a woman.
The Bonneville County Sheriff’s Office responded after a woman said she saw the middle aged male, whom police say identifies as Shauna Patricia Smith, reaching over the dividing wall in the women’s changing area and taking pictures of her with a cell phone. Sheriff’s Office Spokesman Sgt. Bryan Lovell said the woman may not have been wearing underwear while she was photographed.

Transgender inmate latest to push for hormone treatment
August 29, 2016
A transgender inmate is suing the Missouri prison system for refusing to provide hormone therapy as she transitions to a woman, adding her voice to those of prisoners in other states who argue that denying such treatment amounts to cruel and unusual punishment.
Lambda Legal filed the lawsuit in federal court in St. Louis last week on behalf of Jessica Hicklin, a 37-year old inmate serving life in prison after being convicted of first-degree murder at age 16, when she went by her birth name, James. She is challenging a state Department of Corrections policy that bars hormone therapy for inmates who weren’t receiving it before being incarcerated.

DOJ transgender sensitivity video tells police to let men into women’s washrooms
August 31, 2016
A new transgender sensitivity video from the Department of Justice (DOJ) instructs police officers on how to deal with complaints about men using women’s restrooms and instructs them to ask people if they’d rather be called “sir” or “ma’am.”
“When someone’s name or gender on a license is different from what you expect, how do you react?” Cpl. Evan Baxter asks in the video. “Is this person committing identity theft? Are they a fugitive? Possibly they’re just transgender.”

All this madness is now becoming routine, with daily cases of children being pushed into this lunacy, and women being threatened and attacked as we no longer know which bathroom to send people into. And as mentioned, all this transgender agenda is doing is harming those it claims to help.

Suicide rates for those who have gone down the trans avenue have been known to be high, and a brand new study simply confirms this:

Adults who think they are of the wrong gender need help: psychological and mental assistance. They do not need hormones, chemicals and surgery. And three- and four-year-olds do not need any of this insanity foisted upon them. Let them be children, and stop playing adult games with them. That is not being loving or compassionate.

That is child abuse pure and simple.