That the radical secular left is no friend of democracy, free speech and diversity of opinion is quite clear – I document this on a regular basis. There is no room for disagreement or dissent or alternative points of view. You either fully toe the line or you will be treated like heretical scum.

This is especially true in the radical homosexual lobby. They tolerate no dissent and allow for no latitude in thought. You either sing from the same song sheet or you will be given the flick real quick. You will be treated like a leper if you dare to question any of the homosexual dogmas, sacred slogans and credal beliefs.

We saw this once again on full display with the treatment of a transgender activist. I refer to Catherine McGregor who was just sacked for daring to offer some criticism of the hyper radical “Safe Schools” program. For daring to speak out he/she is now a persona non grata, and is being demonised by homosexual groups big time.

So what was her horrific crime? What great evil did she engage in? She actually dared to say the SS program was not something she could support because of its radical Marxist ideology. Back in May 19 she had an entire column in the press about this.

In it the former senior military aide and 2016 Australian of the Year finalist attacked the SS program for the radical political ideology it was. McGregor said in part back then: 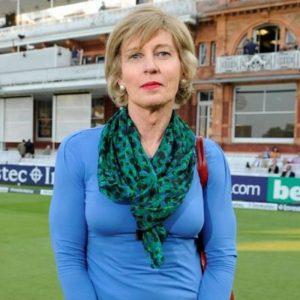 I do not support the Safe Schools Program as the best way to support trans kids. I had been asked to be an ambassador for the program and had initially agreed. But when I learnt more about the political leanings of Roz Ward, whose role in Safe Schools is pivotal, I simply could not countenance it. She is a committed Trotskyite, who believes in the overthrow of the capitalist system and has expressed her contempt for the Australian Defence Force to which I belonged for nearly four decades.
When I perused Red Flag, the online voice of Socialist Alternative, I could not find a single major issue upon which I could agree with them. None of that gave me any joy. I risk hurting the feelings of some wonderful parents with wonderful trans kids. But I am more than my gender and that part of the Left with which Ward is aligned sickens me nearly as much as the Reclaim Australia ratbags.
Moreover, Safe Schools teaches a derivative of Queer Theory, which I believe leads trans people into a blind alley. Most of us transition because gender is important to us and we feel torn between our anatomy and our psychology. Being told to live genderless would have killed me just as certainly as saying the rosary to feel happily male.
In adopting this position I have alienated people for whom I feel enormous respect and become an unwitting ally of some who despise me. But back on Australia Day 2012, I chose to live an authentic life. I rejected an identity handed to me by others. I am not going to have another one foisted upon me now. Our schools must be safe for all our kids. Decent teachers and parents, not Trotskyites, can ensure that.

It is those sort of views that the militants cannot stand, and so now McGregor has been forced to pay the price, as we read about in today’s press:

Prominent transgender advocate Catherine McGregor has been sacked from a high-profile role with human rights group Kaleidoscope Australia for speaking out against the controversial Safe Schools program. Ms McGregor has revealed that she was removed as a patron of Kaleidoscope, a not-for-profit group that promotes the rights of lesbian, gay, bisexual, transgender and intersex people, because of her views on the program.
Kaleidoscope, whose inaugural patron was former High Court judge Michael Kirby, is a staunch supporter of Safe Schools. Although designed to prevent homophobic bullying in schools, the program has proved divisive because of the sexualised nature of some resources and its promotion of the contested idea that gender and sexuality are fluid.
While Ms McGregor is not the only member of the LGBTI community to speak out against Safe Schools — federal Liberal MP Tim Wilson has also aired concerns, as has Victorian health advocate Rob Mitchell — she has faced a significant backlash.

[McGregor said] she was disappointed by the reaction to her comments. It had cost her at least one speaking engagement. A Melbourne charity advised that it no longer wanted her to appear at an LGBTI event because it feared a hostile reaction. Ms McGregor said she made no apologies for her views but she had decided to step aside from her remaining roles with LGBTI organisations, including The Pinnacle Foundation and Canberra’s SpringOUT Pride Festival.
She also has withdrawn from next year’s prestigious Joan Kirner Social Justice Oration, previously delivered by Waleed Aly and former prime minister Julia Gillard. “I’ve always been very happy to support various causes within the LGBTI community because I truly believe that, as a transgender woman who has been able to achieve a lot in my career in the military and as a writer and broadcaster, that I can contribute a lot,” Ms McGregor said. “But it’s quite obvious that my views are more conservative than sections of the LGBTI community are happy to accept. I’ve really just had enough.”
Kaleidoscope president Paula Gerber said Ms McGregor was invited to become a patron late last year, but the board had reconsidered the appointment after becoming aware of her comments on Safe Schools. “While she was free to hold those views, there was an incompatibility with Kaleidoscope’s own public support of the Safe Schools program, which we happen to believe is among the world’s best,” Professor Gerber said. “Cate was surprised by our decision … but she seemed to accept it with good grace.”
Denis Moriarty, organiser of the Joan Kirner Social Justice Oration, said he was saddened by Ms McGregor’s withdrawal. “As a gay person myself and a massive supporter of Safe Schools, I still think we should be proud to debate and listen to all sides,” he said. “Catherine is entitled to her views and sadly the politics of personalities has got in the way.”

OK, so let me see if I got this right: a trans activist gets bullied by the homosexual activists for criticizing a program that is supposed to be about anti-bullying. Yep, makes perfect sense to me. There you have it folks: dare to question the radical homosexual agenda and you too will be the object of their hate and derision.

So much for all the tolerance, diversity and acceptance these guys keep talking about. It does not exist in the homosexual lobby. Like the ugly Marxism of old, only dull grey conformity and complete assent to the program is acceptable. Traitors will be dealt with accordingly.

Of course there are many others who have publically condemned the SS program. For example, Labor Party heavyweight Mark Latham said this in late May: “The more I research the Building Respectful Relationships and Safe Schools programs, the more bewildered I am as to how Labor leaders like Bill Shorten and Daniel Andrews endorsed this rubbish.”

Homosexual rights activist Rob Mitchell said those running the SS program “are completely out of control”. And Beyondblue chairman Jeff Kennett said the architect of the program Roz Ward should resign because of her “extreme political views” which make her “ineligible to be involved in any program …. in schools”.

So voices from all over the political and social spectrum have been heard criticising the SSC. And for daring to do so, many are paying a heavy price, as McGregor has certainly discovered.

So much for tolerance.

6 Replies to “When the Activists Turn on Their Own”