It seems that in the culture wars in general, and the homosexuality debates in particular, we are easily being out-spent, out-gunned, out-maneuvered, and out-manned. This is true in many respects. The other side is awash with funding – often taxpayer funding – and they basically control all the major institutions of power and influence.

Thus the mainstream media overwhelmingly is populated by those from the secular left, and seeking to get a countervailing point of view in there is quite difficult indeed. In fact it is basically impossible in many media outlets – “our” ABC being one prime example. 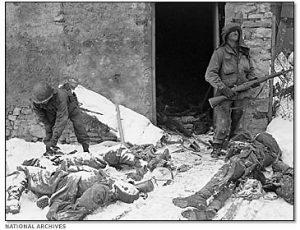 Much of the academy is also dominated by the left, and conservative Christians are a very rare breed there. So too in so many other crucial public arenas. All of this, in part, is why the alternative media arose: to try to get a fair hearing in the public square.

But when it comes to man-power, we need to qualify things a bit here. The radical left only accounts for a very small percentage of the population. The so-called silent majority likely does not share their activist views. But the problem is, they are indeed silent.

So the voices of the radical left tend to dominate. They are loud and incessant. A few conservative voices try to get a hearing, but this is a very hard task as I have learned over the past three decades. And if you do manage to get on some mainstream media outlet, it is usually as the sole conservative voice against a raft of lefties, including a leftist host.

So the debates are almost always stacked against you. For many years I seemed to be the go-to voice when the media wanted an interview or a debate on some controversial topic. Thus I have been involved in many hundreds of debates and media discussions over the years.

Partly because I am no longer with a national organisation, I do not get quite as many calls for such commentary. Thankfully the mantle seems to have fallen on a few others, notably Lyle Shelton of the ACL. He, like me, does not exactly relish all the hostility and anger and lopsided debates, but he is willing to do them because it is so vital that we get truth out in the public arena.

Knowing how very hard and trying all this is, along with the daily abuse and vilification, I fully understand what Lyle is going through. So please keep him in prayer. He sure does need it. His calling is not a walk in the park. It is difficult as all get out, and we need more folks like him to do this difficult and thankless work.

Indeed, over the years I have often been asked by journalists if there are other folks like myself they could contact and interview. It was always a bit sad back then to realise that there actually were not many people who were articulate, well-read and capable of facing a hostile media. There were few I could point them to.

So I often prayed the plea of Moses as found in Numbers 11:29: “I wish that all the LORD’S people were prophets and that the LORD would put his Spirit on them!” They tend to be few and far between, as I have discovered over the years.

But thankfully God does raise up newcomers, and there are some excellent soldiers for Christ on the front lines today that were not on the scene a decade or two ago. I am so grateful for that. God will not leave himself without a witness. But I still pray that more people will be raised up for such a time as this.

We need many more people getting involved, be they bloggers, or lobbyists, or politicians, or whatever. We need people to get involved and stand up for the things that matter. Too often it is the other side that predominates. Too often they control the narrative, while excluding alternative points of view.

Consider the issue of books. There would be dozens, if not hundreds, of pro-homosexual and pro-homosexual marriage books out in Australia. And how many books would offer an alternative view? I can tell you: 4 ½ to be exact!

Yes, just 4 ½. And I know a fair bit about each one. The very first book to be penned on this topic by an Australian came on the scene way back in 1984 when Andrew Lansdown offered his important volume, Blatant and Proud: Homosexuals on the Offensive. He was well ahead of the game to present this book back then.

Finally there is the just released Stealing From a Child by David van Gend (Connor Court). It is a welcome and much needed volume. See my review of it here: billmuehlenberg.com/2016/09/27/review-stealing-child-david-van-gend/

So, 4 ½ books. But can I humbly suggest that if folks got these volumes and read them, they would find just about all they need to enter these debates and be well-equipped to do so. But we need others who will come along with well-researched and well-written books.

And we need others who will write articles, send in letters to the editor, get on talk back radio, set up websites, visit politicians, and so on. However in one sense we do not necessarily need heaps of folks here. What we really need is a dedicated, faithful and committed group. That is always how these battles are won anyway.

Sadly the silent majority will likely continue to stay silent. So we need to have some committed troopers who will fight the good fight – a remnant, to use biblical language. And this is usually the way it goes. As Spurgeon once said, “The greatest works are done by the ones. The hundreds do not often do much – the companies never; it is the units – the single individuals, that are the power and the might. Individual effort is, after all, the grand thing.”

Importantly, the one thing our side has that the secular leftists do not have is God and his truth. This is really all that matters. As Solzhenitsyn put it, “One word of truth shall outweigh the whole world.” With God and his truth we most certainly are in a winning position. Even though we may not have the numbers, and the masses may remain in guilty silence, God plus one is always a majority.

So let us redouble our efforts. Let us be all that we were meant to be for Christ and the Kingdom. And part of that means getting involved in the culture wars. We will not all be activists or lobbyists or public spokesmen. But we all can pray at the very least.

And we all can read, become informed, and seek to share truth with family and friends. That is the bare minimum of what we can do. And given the urgency of the hour, this is our basic duty. As Martyn Lloyd-Jones elaborated in a sermon from the mid-1940s:

At the final bar of judgment, when those of us who are Christians stand face to face with our Maker, the gravest charge that will be made against us will be that we were so unconcerned. We lived at a time and in an age when the very foundations of civilization were being shaken, when the very world in which we lived was rocking, when we witnessed things such as men have never seen before. We saw the spiritual and moral, as well as the political, declension all around us, and yet we did nothing about it. We were apathetic and unconcerned. We did not feel a great solicitude that would not allow us to rest by day or by night.

As Churchill put it, “To every man there comes that special moment when he will be figuratively tapped on the shoulder and offered the chance to do a special thing unique to him. What a tragedy if that moment finds him unprepared or unqualified for that work which could have been his finest hour.”

Are you ready and willing to perform the work assigned to you?

14 Replies to “Playing Our Part in the Culture Wars”