The Federal Labor Party has just announced what we all knew it would do: it has blocked a move for a national plebiscite on marriage. It does not want the people of Australia to have a say on one of the most important issues this nation has ever debated. It believes ordinary Australians should have no voice in something that will hugely impact every single one of them. 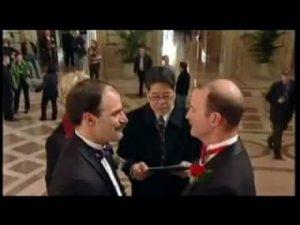 Here is how one news item opens on this:

Labor has voted to block the same-sex marriage plebiscite in Canberra as Victorian Nationals MP Andrew Broad threatened to walk from the Coalition if they tried to bring about a vote on the issue by any means other than a plebiscite. Labor caucus members shot down the proposal after meeting at Parliament House this morning following Opposition Leader Bill Shorten warning the plebiscite would inflame tensions and put gay Australians at risk.
This means the bill is almost certainly doomed to fail in the Senate with the Greens and key crossbenchers previously stating their opposition to the plebiscite. It happened shortly after Nationals MP Andrew Broad announced he would withdraw his support from the Government if it didn’t use a plebiscite to bring about changes to the Marriage Act.
“The Government that I am part of, and will remain a part of, is conditional on the fact that the only way that there will be a change to the Marriage Act in this Parliament is a plebiscite and my position as a member of the government is very clear on that,” Mr Broad told media this morning. “My support for the Government is conditional that we honour our election commitments. I’m making it very clear here.”

As I just told one journalist, the completely obvious reason why Bill Shorten and Labor do not want to let the people decide this very important matter is because they know they will lose the vote. They are so afraid of and contemptuous of the Australian people, that they want to silence them and prevent them from having their say on this.

This is how democracy works? This is the way we treat freedom of speech? Labor has proven it is an enemy of democracy and free speech. It wants to force every single one of us to embrace and support the radical agenda of a tiny minority group.

This is not freedom but fascism. This is not democracy but despotism. And this is how the Labor Party operates: forget the people, we know better than they do, and we will decide what is ‘good’ for the nation. Shame on them.

And the hypocrisy of Labor goes even beyond this. As Lyle Shelton of the Australian Christian Lobby pointed out:

During the 2013 election campaign Mr Shorten told an ACL candidates’ forum that he supported a plebiscite. Despite constantly claiming overwhelming public support for redefining marriage, it is perplexing that advocates are not willing to trust the Australian people with a decision that has enormous consequences for all families. Such a big change with such big consequences for what children are taught at school, the rights of children to know their mother and father and for freedom of speech should be taken to the people.

Yes everyone will be impacted if homosexual marriage goes ahead, as I have documented so often. See here for example: billmuehlenberg.com/2016/09/30/yes-homosexual-marriage-impacts-every-single-one-us/

This is just another shocking example of secular left political parties spitting in the face of the people as they tell us we cannot be trusted to decide for ourselves what is actually best for us. Our political overlords alone must decide for the people.

This is the stuff we have read about in dystopian novels such as 1984 and Brave New World. Now, thanks to the Labor Party, we are not just reading fictional accounts, but we are now actually experiencing these very things.